Accessibility links
Bill Frist: In Somalia, The World Is Responding But The Need Is Greater : The Two-Way Former Senator Bill Frist said of all the human tragedies he's seen, this one stands out because the solution is simple, but demand is outstripping supply. 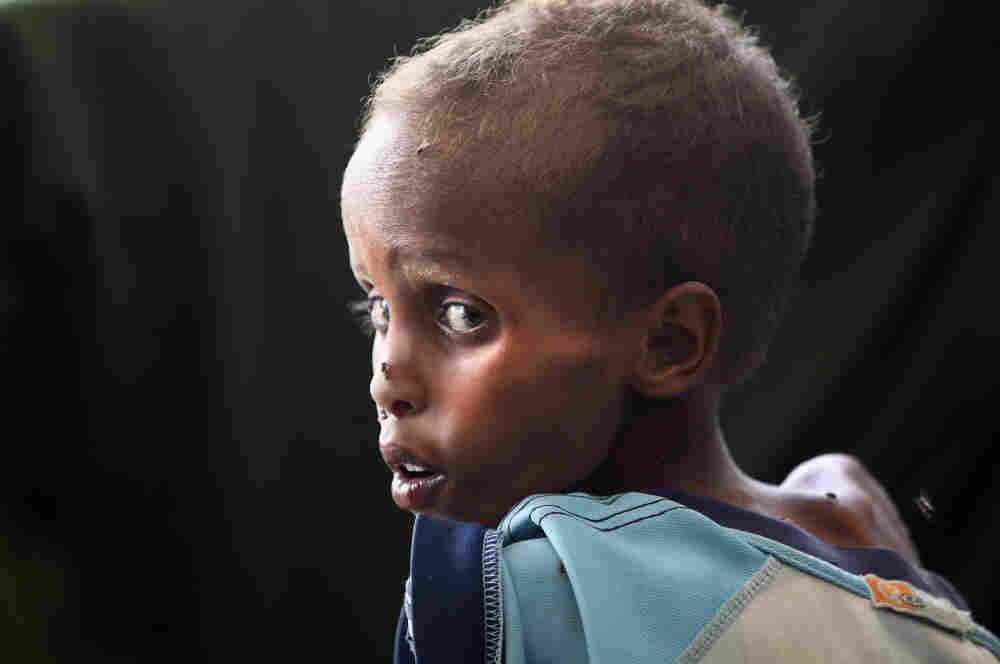 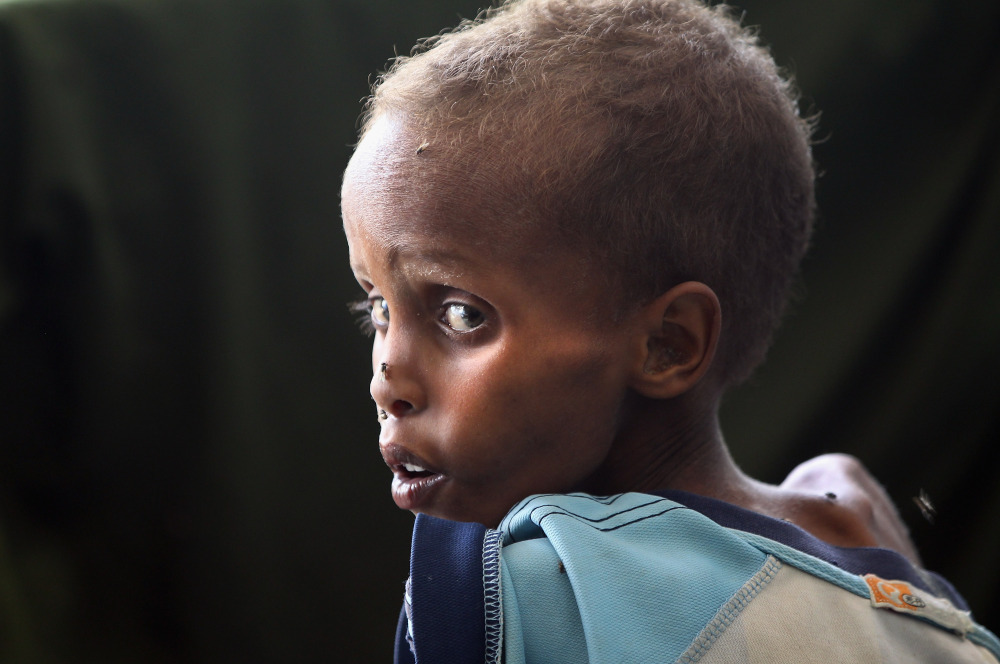 A malnourished child awaits medical attention at the Banadir hospital in Mogadishu, Somalia.

Former Senator Bill Frist just came back from a fact finding-finding mission to the border of Kenya and Somalia. He and Jill Biden, the vice president's wife, visited the Dadaab camp, which was designed for 90,000 but its population of Somalian refugees has swollen to 430,000.

In an interview with NPR's Melissa Block, Frist threw out numbers. Lots of them that put the situation in the Horn of Africa in some perspective. He said: This is the worst drought in 60 years; 29,000 children under the age of five have died in the past 90 days; tens of thousands are dead; 12 million people are at risk of death; 42 percent of them die from starvation.

All of that is hard to visualize, but then Frist talks about the people he talked to at the camp.

"A family might be typically a woman who has four children, who has walked for 15, as many as 20 days to leave the area of famine and lawlessness and lack of aid... and walk across a desert, arriving many times missing one child, a child who died along the way," he said.

The children arrive at the camp malnourished or starving and what's amazing, he said, is that an inexpensive mix of water, sugar and nutrients will bring a child back to life.

Frist has seen human tragedy. He's been to Rwanda during the genocide and saw the 1980 famine in the horn of Africa. He's been to Chad, Darfur and Sudan but he says what strikes him about this particular crisis is that "the world is responding to the need itself but the need is increasing faster than the response."

"The simplicity with which this can be addressed... is not keeping up with increased demand," he said. "They're all human tragedies, but this one we can nip in the bud if we're more aggressive."

Melissa also asked some tough questions of Frist, the chairman of the non-profit Hope Though Healing Hands. She brought up the AP report that detailed that thousands of sacks of food aid were being stolen and asked what he would tell Americans, struggling through a bad economy.

Frist admitted that this famine is a man-made crisis. The drought is bad but the political situation on the ground, the fact that Islamist militant group al Shabaab has not let aid flow in has made things worse.

"But it doesn't mean we give up," he said. "It means we stay on it. We do the best we can as the oneness of humanity gets translated by [non governmental organizations], by partnerships, by governments, by individuals who focus on it."

Smith said while the U.S. is the leading provider of food aid in the region now is the time to give. He said the United Nations made an appeal for $2.4 and received $1.1 billion.

Much more of Melissa's conversation with Frist on today's All Things Considered. Tune in on your local member station. We'll add the as-aired interview on this post, later tonight.