Accessibility links
China Denies Inspecting U.S. Copter In Pakistan : The Two-Way China said reports that it inspected and took a sample of the remnants of a stealth helicopter used in the bin Laden raid were "groundless" and "ridiculous." 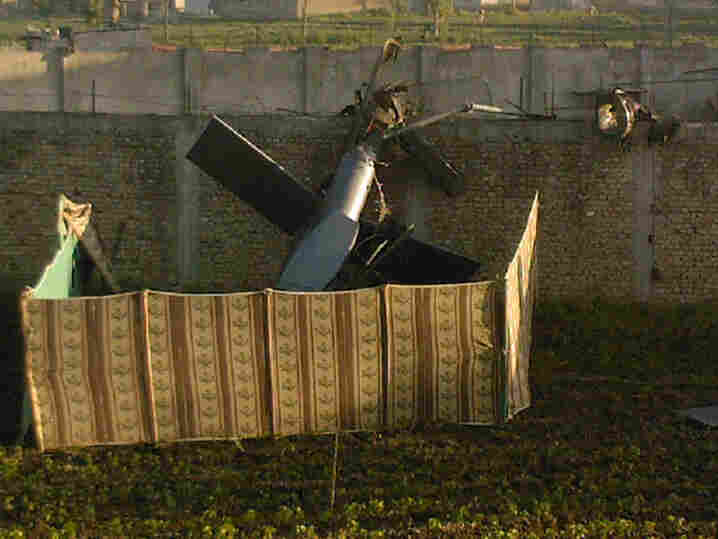 A photo taken by a local resident shows the wreckage of a helicopter next to the wall of the compound where Osama bin Laden was shot and killed. Mohammad Zubair/AP hide caption 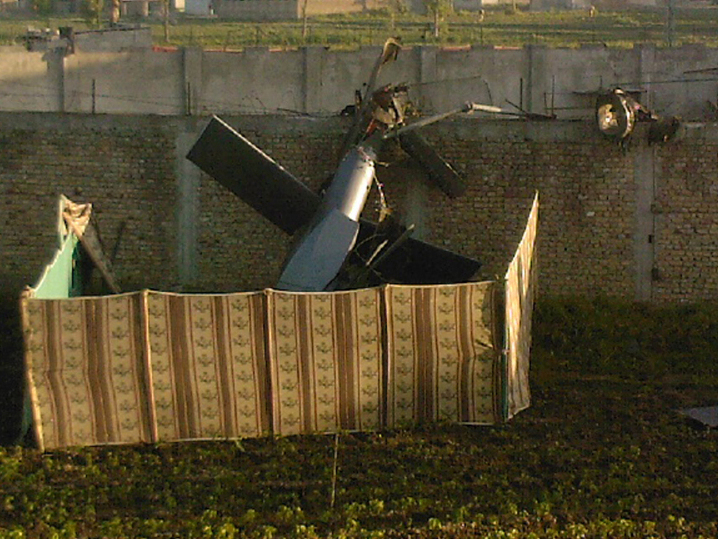 A photo taken by a local resident shows the wreckage of a helicopter next to the wall of the compound where Osama bin Laden was shot and killed.

In a statement, yesterday, China denied a report that Pakistan allowed it to inspect the remnants of the specially modified Black Hawk helicopter that malfunctioned during the Osama bin Laden raid in Abbottabad, Pakistan.

"Those reports are entirely groundless and very ridiculous," the Chinese defence ministry said in a statement.

The team of Navy Seals that undertook the mission tried to destroy the helicopter as they left on a second chopper. But a significant portion of the tail remained intact.

The Financial Times first reported the story on Sunday, saying Pakistan had let China inspect the chopper and take a sample of the "'stealth' skin" that allowed it to enter Pakistan while avoiding radar detection. The FT said it was yet another sign of the "deep mistrust between Islamabad and Washington."

Voice of America, the broadcasting arm of the U.S. government abroad, has more on Pakistan's denial:

Pakistani military spokesman Major General Athar Abbas told VOA on Monday that neither China nor any other third party had access to the wreckage. Abbas said the wreckage was kept in a secure location under armed guard while in Pakistan's possession. The military spokesman said the media reports were part of a slander campaign against Pakistan.