Accessibility links
In India, Thousands Protest In Support Of Anti-Corruption Activist : The Two-Way Anna Hazare was planning a hunger strike, but the government arrested him. Now, as protesters take to the streets, India is in the middle of a discussion about the role of hunger strikes in a democracy.

In India, Thousands Protest In Support Of Anti-Corruption Activist

In India, Thousands Protest In Support Of Anti-Corruption Activist 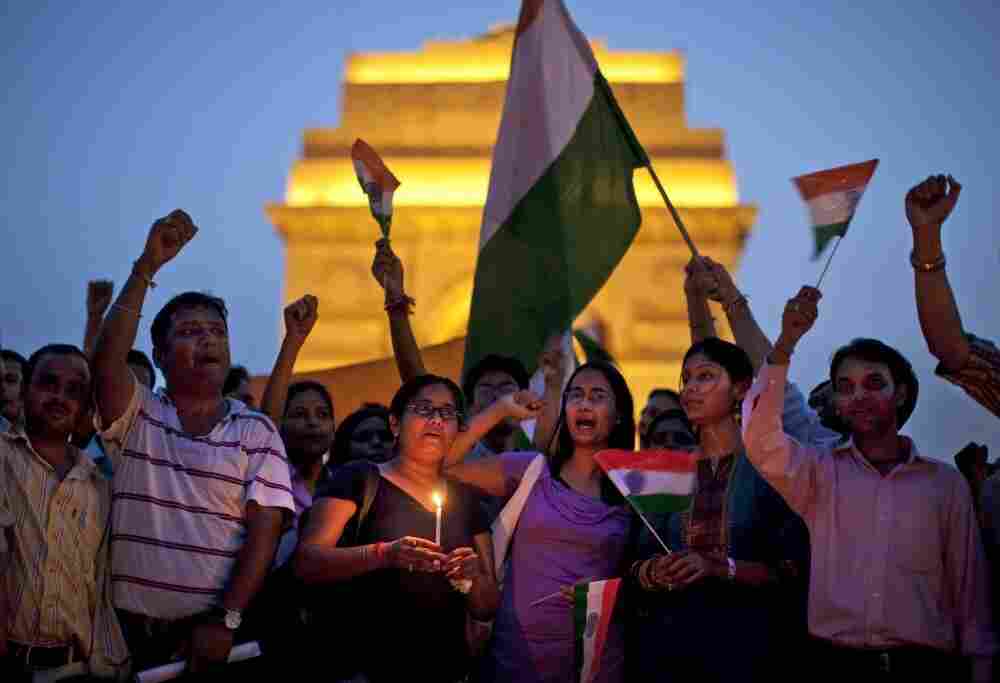 Supporters of India's most prominent anti-corruption crusader Anna Hazare gather in a show of solidarity near the India Gate memorial in New Delhi, India on Wednesday. Kevin Frayer/AP hide caption 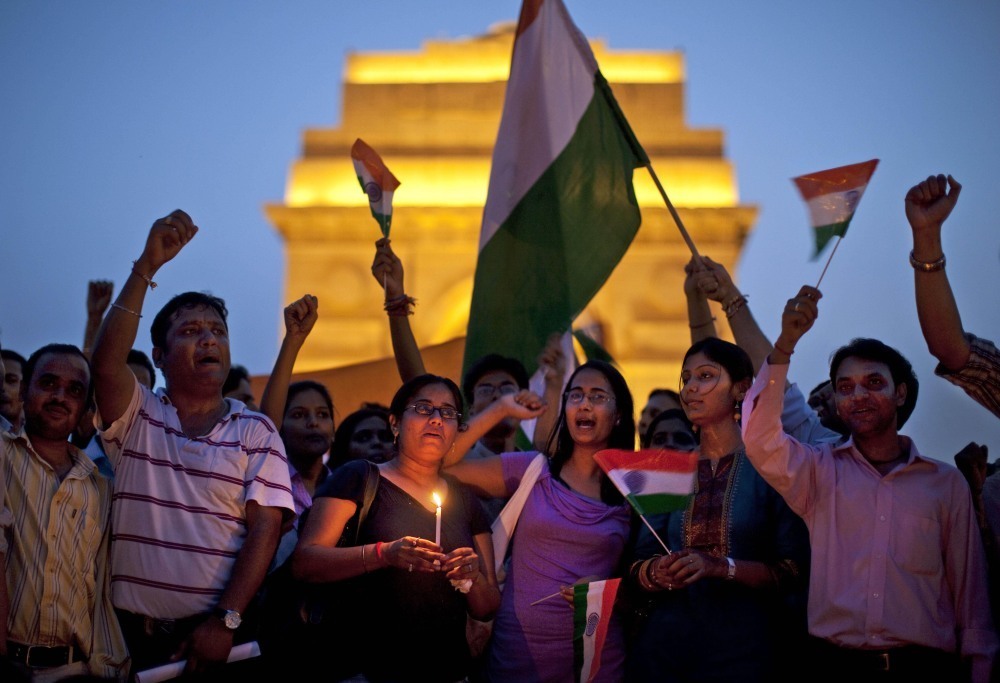 Supporters of India's most prominent anti-corruption crusader Anna Hazare gather in a show of solidarity near the India Gate memorial in New Delhi, India on Wednesday.

Tens of thousands of Indians took the streets in a peaceful protest today. The protesters came out in support of Anna Hazare, an anti-corruption crusader, who has captured the imagination of the country and forced the government into a corner.

At the center of the conflict is that Hazare planned a hunger strike to demand a strong anti-corruption legislation. But on Tuesday police arrested Hazare and that has prompted protests all over India. Today, police said Hazare was free to go, but he has refused to leave jail, unless the government grants him permission to stage a hunger demonstration in New Delhi without a time limit. The government has proposed letting him demonstrate for a period of time.

Corruption is a source of growing public anger and frustration in India, as well as a yoke threatening to drag down the national coalition government led by the Indian National Congress Party. Mired in scandals for months, Congress Party leaders have attempted to convince the public that they are cracking down on corruption, yet public skepticism remains high.

Mr. Hazare and his supporters are pushing to create an independent anticorruption agency, known as the Lokpal, with sweeping powers to investigate government officials. In April, Mr. Hazare gained national attention when he undertook a hunger strike for a Lokpal — a tactic that forced officials to invite him and his allies into negotiations over legislation to create such an agency.

A bill is now pending in Parliament, but Mr. Hazare has argued that the legislation is too weak, especially since it exempts the prime minister and the judiciary from the new agency's scrutiny. As a tactic to pressure the government to amend the Lokpal bill, Mr. Hazare had planned to stage a hunger strike this week in New Delhi. India's relentless television news channels have covered the situation round-the-clock for the past two days, only heightening public attention around the country.

One of the more interesting things about this case is that it has brought the idea of "Satyagraha," or nonviolent protest back in the spotlight. Mohandas K. Gandhi made fasting a regular part of his nonviolent resistance against British rule.

But, as the AP explains in a piece today, Hazare's protest is different, because it's not against repressive colonial rule, it is instead against a democratically elected Parliament.

Tushar Gandhi, great-grandson of the independence leader also called "Bapu" or father, described the latest hunger strike as having "the stance of blackmail."

"Bapu's fasts never had an adversarial stance, so this is not Gandhi's fast but Anna's fast," he said.

Hazare, a retired army driver, has built his reputation on a host of previous hunger strikes. In 2003, he fasted for 12 days to get a right-to-information law enacted in his home state of Maharashtra. He fasted again the next year for governmental reforms and again in 2005 demanding action be taken against state officials accused of corruption.

The government created the current corruption bill that he's unhappy with under pressure from a Hazare hunger strike in April.

The Hindu reports that in a speech to both houses of Parliament, today, Indian Prime Minister Manmohan Singh stressed the "supremacy of Parliament." The prime minister agreed that something must be done about corruption in India, but he said that to impose Hazare's version of an anticorruption agency is "totally misconceived and fraught with grave consequences for our Parliamentary democracy."

He said that everyone in Parliament agrees that the Lokpal Bill must be passed as early as possible. "The question is, who drafts the law and who makes the law. I submit that the time-honoured practice is that the Executive drafts a Bill and places it before Parliament and that Parliament debates and adopts the Bill with amendments if necessary," he added.

"However, I am not aware of any constitutional philosophy or principle that allows any one to question the sole prerogative of Parliament to make a law," he observed. He said that in making a law on Lokpal, the government has "faithfully adhered to well-settled principles" and Anna Hazare "questions these principles and claims a right to impose his Jan Lokpal upon Parliament".