Accessibility links
Martin Luther King Memorial Opens To The Public : The Two-Way The 30-foot sculpture of the civil rights leader was a long time in the making. The original idea for the memorial in Washington, D.C., came in 1984. 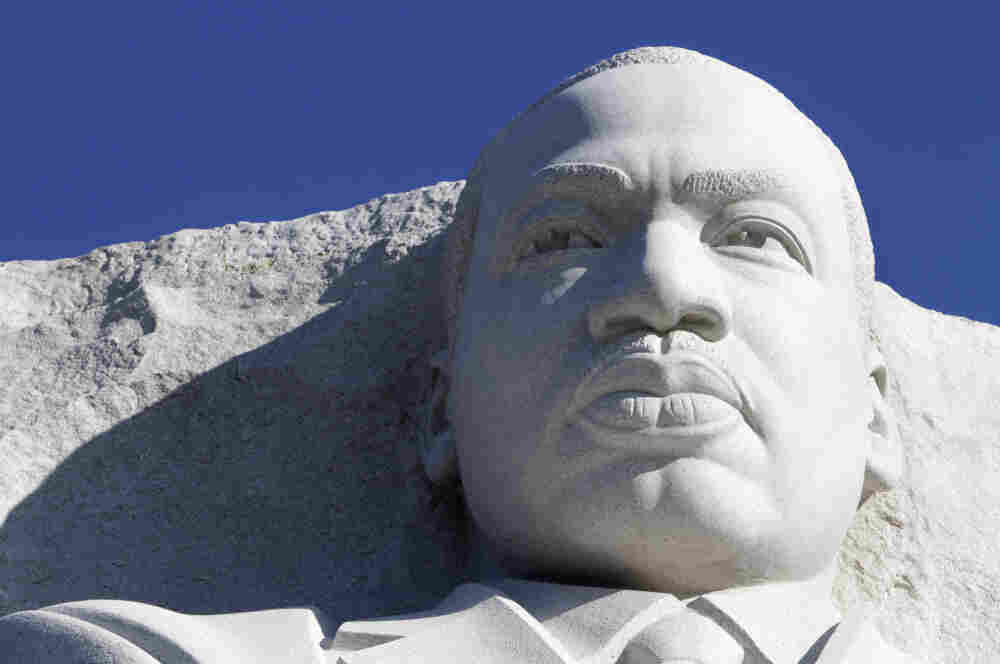 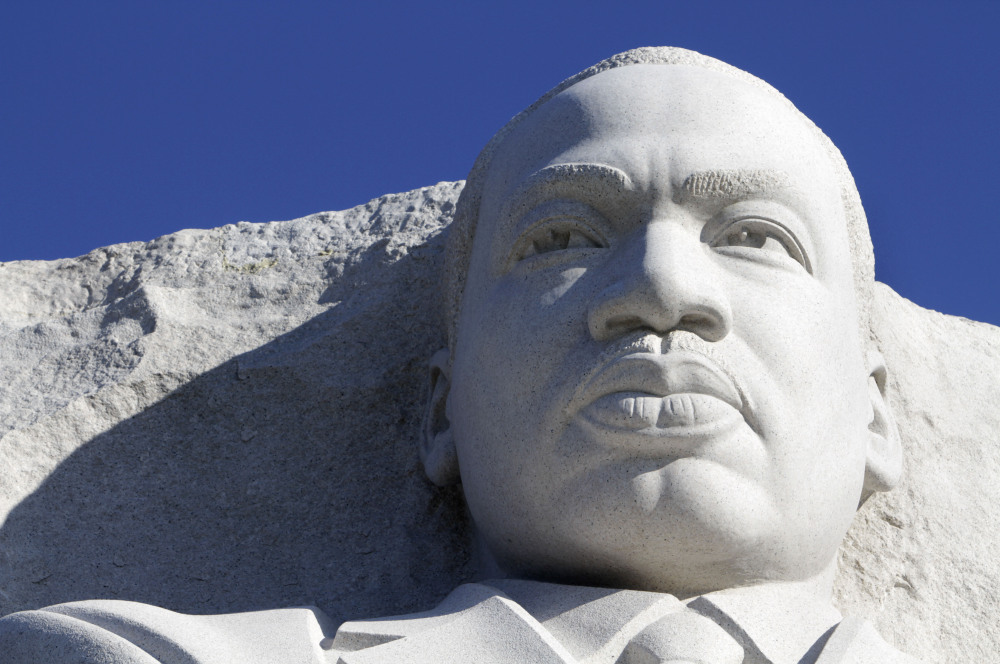 Today, a memorial to civil rights leader Martin Luther King opened to the public. The official dedication is on Sunday, but visitors to the National Mall in Washington, D.C., can see the 30-foot sculpture today.

The sculpture, called "Stone of Hope," stands looking onto the basin, across from the Thomas Jefferson Memorial and next to the Franklin D. Roosevelt Memorial. King's head, his upper body and the tops of his legs emerge from stone. Lei Yixin (pronounced "lay ee-shin"), a granite sculptor from China, designed it so that King is part of the stone.

The sculpture's name refers to a line in King's "I Have a Dream" speech. "With this faith we will be able to hew out of the mountain of despair a stone of hope," King said. His statue is designed to look as if he were once a part of the "Mountain of Despair" but is now the "Stone of Hope."

The memorial was also a long time coming. The Post has a timeline of the memorial's history. The idea was first presented by a chapter of King's fraternity Alpha Phi Alpha in 1984 and President Clinton signed a congressional authorization for the memorial in November 1996.

NPR's Allison Keyes was at the site of the memorial when the scaffolding came down. She spoke to Rep. John Lewis (D-GA), who spoke at the March on Washington in 1963. Lewis said he was allowed to touch the statue, to touch Dr.King's hair and countenance.

Lewis said the memorial stands within sight of the Lincoln Memorial, where King delivered his "I Have A Dream" speech in Aug. 28, 1963.

"I was moved to tears," said Lewis.

NPR member station WAMU visited the memorial yesterday and they report visitors are awed by the size of it. They report:

Sandra Rawlings, who was with Dr. King when he marched on Washington in 1963, was there Sunday to get a glimpse.

The memorial has its own site and they've put together a "virtual tour" of the memorial: