Accessibility links
'Hearing Something We Can't Hear': How Animals Foretold The Earthquake : The Two-Way Lemurs at the National Zoo in Washington knew something was odd 15 minutes before humans noticed the ground shaking. 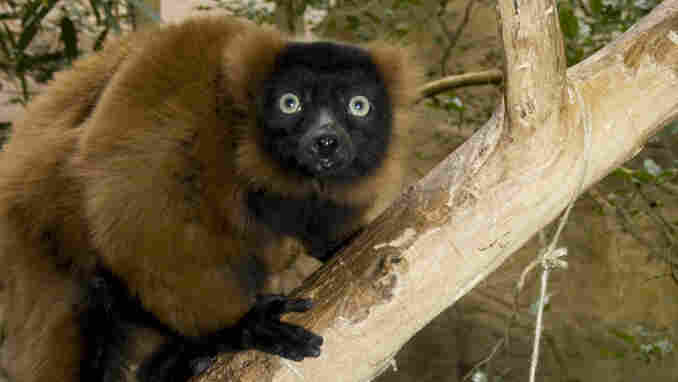 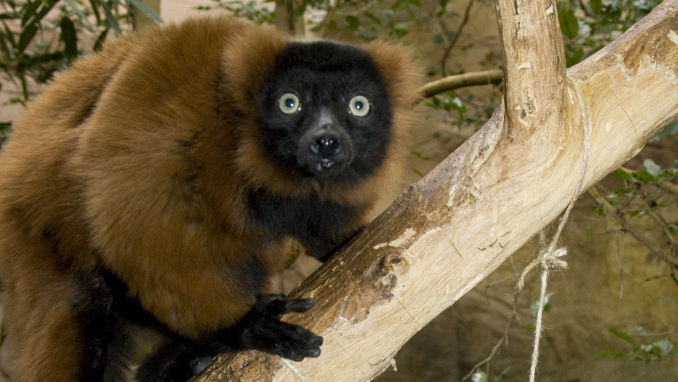 We know how humans first sensed Tuesday's earthquake. We felt the shake, then the rattle, and then the urge to flee.

But what about the region's animals?

Did they sense the rare 5.8-magnitude temblor before the shaking started?

We checked in with the folks at the Smithsonian's National Zoo, one of the most popular attractions in the nation's capital, to see what they could tell us.

(First things first: The zoo was open for business as usual Wednesday, and zoo officials report that there were no injuries, animal or human, as a result of Tuesday's seismic event.)

And, according to zoo keepers and other eye witnesses, the animals did, indeed, sense the coming quake before their human compatriots, including Dr. Don Moore, the zoo's associate director for animal care sciences.

"I didn't have any pre-quake behavior," Moore joked Wednesday morning.

But a quick Smithsonian survey indicates that many animals in his care did.

Behavior ranged from jumping into trees and "vocalizing," to banding together.

Red ruffed lemurs sounded a distinct high-pitched barking about 15 minutes before the quake, and then again after the shaking stopped.

Apes, including the orangutan Kyle and the Western lowland gorilla Kojo, abandoned feeding-time chow seconds before humans felt the quake and climbed to the top of a "tree-like structure."

The easy-going pandas "did not appear to respond to the earthquake," zoo officials said. Also in the Great Ape House, the orangutan Iris began what zoo keepers describe as "belch vocalizing" before and after the quake. They describe the sound as an unhappy noise normally reserved for "extreme irritation."

And just before the quake, the zoo's flock of 64 flamingoes gathered close together in a "tight, flocking behavior," Moore said.

They looked, he said, "like a big pink ball."

"I would call it a comfort-contact kind of behavior," Moore said.

The flamingoes could have felt the coming rumble through their very big feet. Others could have heard something not discernible by the human ear.

"I think given that they're sensing it beforehand, they must be sensing the pre-rumbles that create some kind of vibration in the ground," Moore said, "or hearing something we can't hear."

Elephants, for example, make a sound that's below the level of what humans can hear, he said, and thunder can make that same "infrasound."

After the rumble passed, some animals, including the tigers and lions, appeared go back to normal behavior. Others, however, remained stressed.

"We have a rock hyrax whose favorite food is grapes," Moore said. "He had all night to eat those grapes, but didn't

"It was bothered all night long, and is on alert, still," he said of the small, furry animal that resembles a guinea pig.

The Smithsonian National Zoological Park has posted a summary of how its animals reacted to the earthquake.

You can find it here.