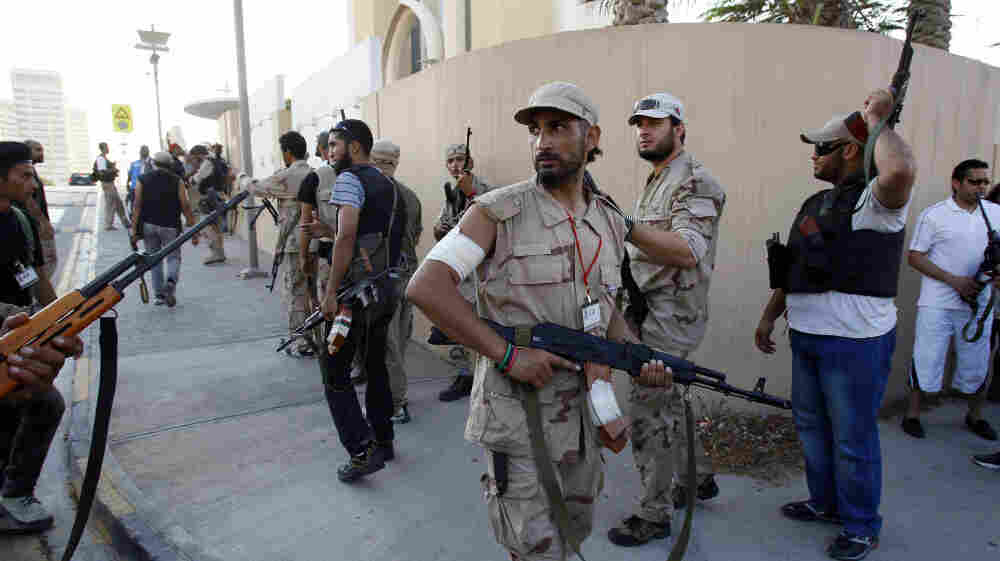 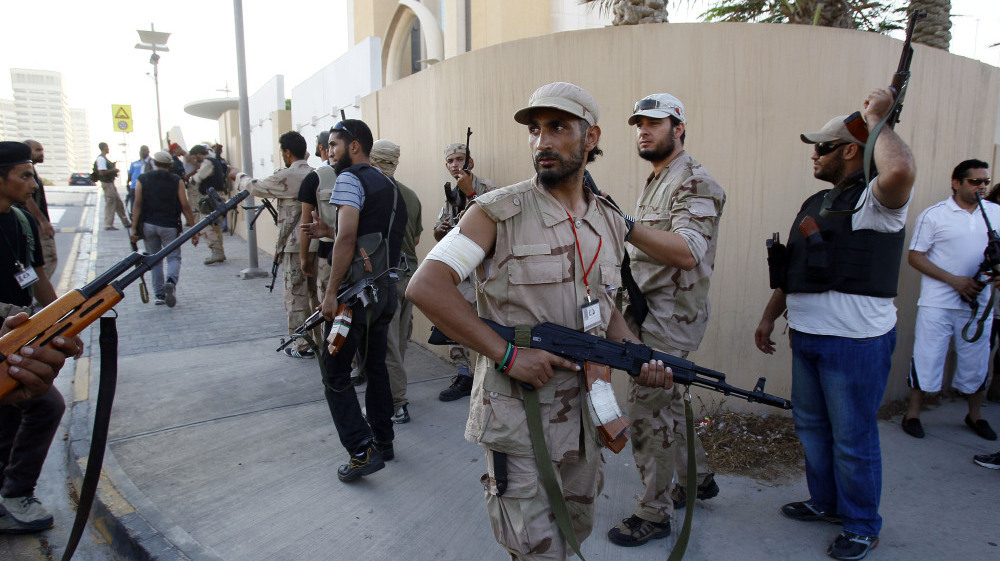 In Tripoli on Wednesday (Aug. 24, 2011), opposition fighters searched for Moammar Gadhafi and his relatives.

Surveillance aircraft provided by the U.S. and, according to British media reports, special forces from the U.K., are helping in the hunt for Libyan leader Moammar Gadhafi, NPR's Lourdes Garcia-Navarro, who is in Tripoli, reported for Morning Edition earlier today.

"It's an all-out effort" as opposition fighters, with help from their international allies, look for Gadhafi, she added.

The anti-Gadhafi forces have also put a $2 million bounty on his head.

As the BBC adds, "rebel forces are pushing towards Col Gaddafi's hometown of Sirte, having taken most of Tripoli. They have been exchanging heavy rocket fire with about 1,000 Gaddafi loyalists on the road to the city and are bringing up reinforcements. Gaddafi forces are still firmly in control of the eastern city as well as Sabha in the desert to the south"

Another sign that the rebels are strengthening their hold on the country is that they have taken over a pro-Gadhafi TV station. The BBC reports:

The former pro-Gaddafi state TV station Al-Jamahiriya is now showing the flag used by the rebels — the flag of the pre-Gaddafi monarchy, BBC Monitoring reports. A text on the flag reads "Libya satellite".