Accessibility links
Some New Yorkers Look On Irene's Bright Side : The Two-Way Parts of New York City are under evacuation orders, with more than 370,000 people ordered to leave low-lying areas as Hurricane Irene approaches the city. But on Saturday afternoon, at least, some residents were making the most of it.

Some New Yorkers Look On Irene's Bright Side

Some New Yorkers Look On Irene's Bright Side 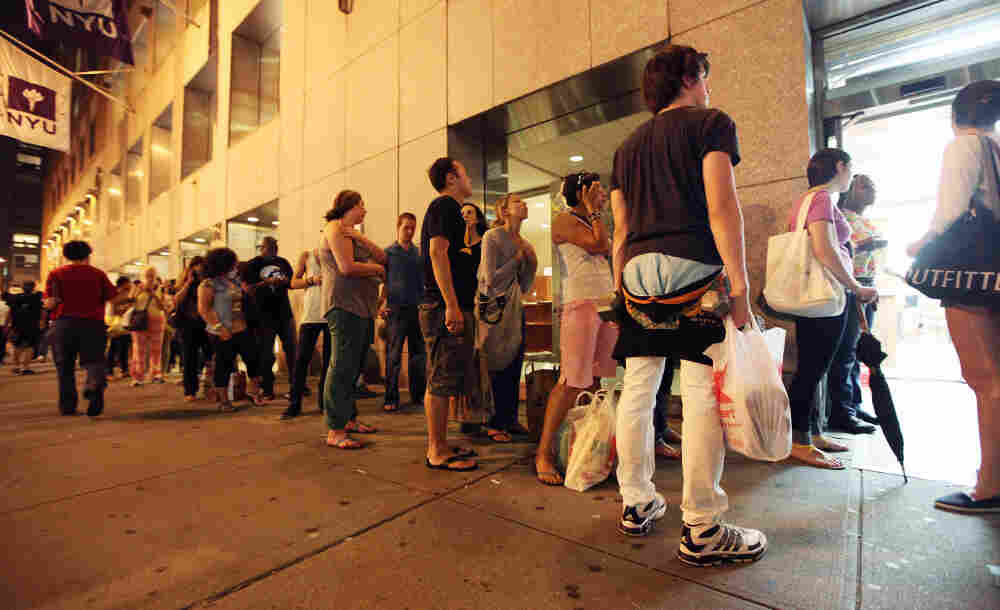 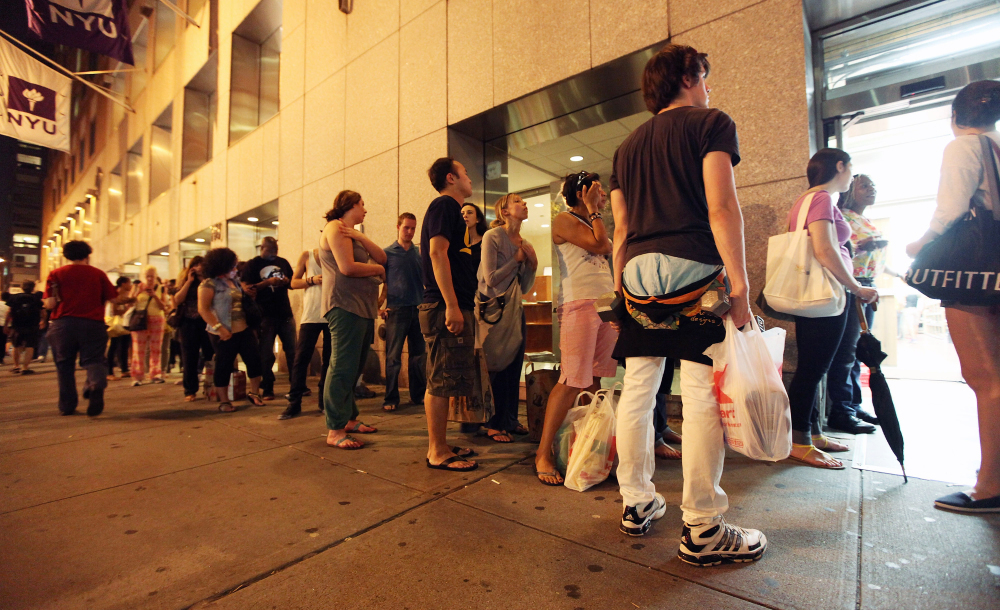 People stand in line at a Trader Joe's Wine Shop in Manhattan Friday, ahead of Hurricane Irene's arrival in New York City this weekend.

Parts of New York City are under evacuation orders, with more than 370,000 people ordered to leave low-lying areas ahead of Hurricane Irene, expected to arrive Sunday. But on Saturday afternoon, at least, some residents were making the most of it.

NPR's Jim Zarroli reports for All Things Considered that "Frankly Wines, a small shop just outside the evacuation zone, was doing a pretty brisk business today. Owner Christy Frank lives around the corner. Late August is normally a slow time, she says, but Irene has been great for business.

"We've been calling it the 'hurricane stimulus package,'" Frank said. "It's definitely been good for business. I have a number of other friends who own wine stores elsewhere in the city, and after yesterday, we were all just beat. It was like the day before Thanksgiving, or New Year's Eve."

Others who might welcome the storm include a group of elite surfers, who are in New York to compete for a $1 million prize at a Quiksilver event, which starts Thursday. The group includes surfing legend Kelly Slater, who, if two tweeting Long Beach surfers are to be believed, hit the beach Saturday.

Because of Hurricane Irene, the event's organizers had to dismantle their nearly completed beach installation, the Long Island Herald reports.

Slate has put up a slideshow of other preparations being made for the hurricane, in New York and along the coast.

But it's not all fun and games in New York. At noon, the city took the unprecedented step of shutting down its mass transit system. And in the afternoon, Mayor Michael Bloomberg said that 1,400 people had reported to the city's shelters to weather the storm. It's not yet known how many people are obeying the evacuation order.

Concerns have also been raised about the city's plan for dealing with Rikers Island, where an estimated 12,000 inmates will ride out the storm. As the name implies, the facility is surrounded by water, sitting in the East River. It seems that the city has no evacuation plan for the prison.