Accessibility links
Rebuilding After Irene Is Not Going To Boost The Economy : The Two-Way The idea that money spent on fixing the billions in damages will be good for the overall economy is known as the "broken window fallacy," Planet Money's Adam Davidson says. In reality, spending is just shifted around.

4:55
Rebuilding After Irene Is Not Going To Boost The Economy 4:55

Rebuilding After Irene Is Not Going To Boost The Economy 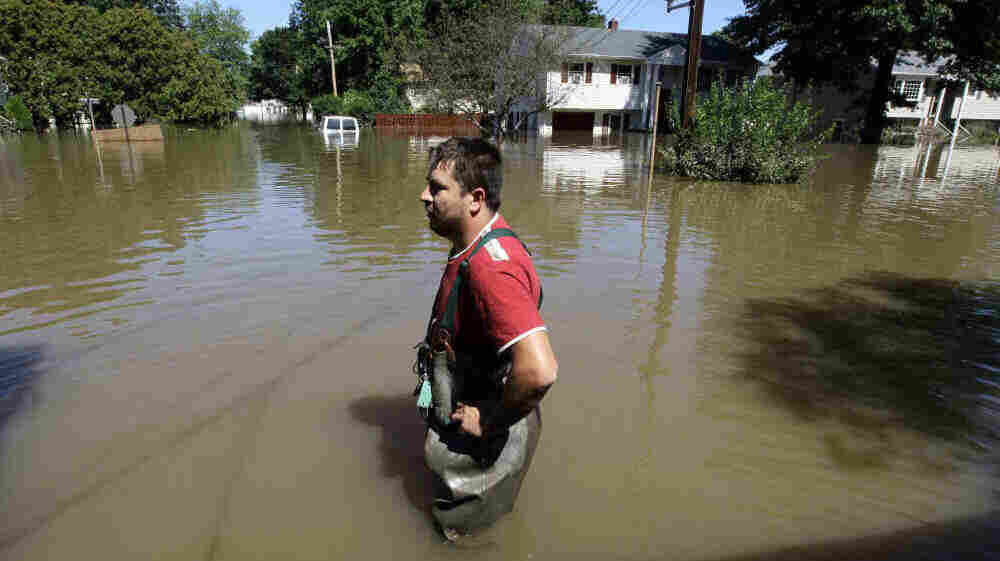 In Pompton Lakes, N.J., earlier this week, Gino Borova stood in the driveway of his house — which was flooded by water from the Ramapo River. Julio Cortez/AP hide caption 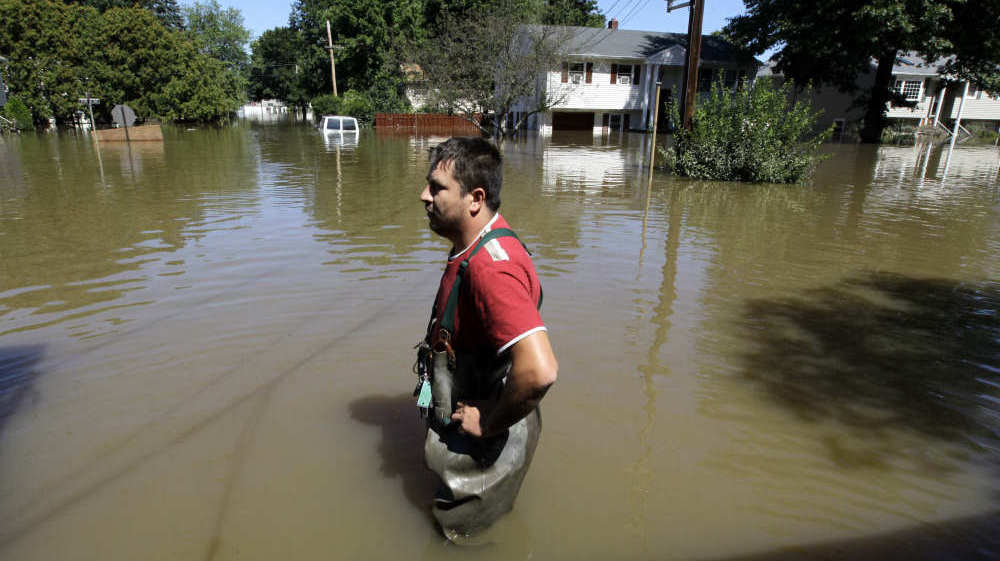 In Pompton Lakes, N.J., earlier this week, Gino Borova stood in the driveway of his house — which was flooded by water from the Ramapo River.

While Hurricane Irene may, according to The New York Times, "prove to be one of the 10 costliest catastrophes in the nation's history," the recovery efforts as work gets going to repair the estimated $7 billion to $10 billion in damages are not going to give the overall U.S. economy a much-needed lift, our Planet Money colleague Adam Davidson says.

On Morning Edition today, Adam told host Steve Inskeep that while it's often said after disasters that the one bit of good news will be the kick-start that recovery work gives to an ailing economy, that's known in economics as the "broken window fallacy."

That is, it's just not true that the money spent by someone to fix a broken window (or other such damages) is good for the economy because it puts money into the pockets of glaziers and others who swoop in to fix things.

After all, Adam said, anyone with a broken window "probably would have spent the money on something else." So, "it doesn't really have a net benefit to the economy." The effect is more of a transfer — money that might have gone toward a new TV, vacation or dinner out is spent on repairs instead.

As for the aftereffects of Irene, The Associated Press says 2.5 million customers still don't have power and that the death toll now stands at 44 people in 13 states. Here are some of this morning's headlines:

-- In New Jersey, Some Have "Just Begun To Feel Irene's Wrath" As Rivers Rise. (The Star-Ledger)

-- In Connecticut, "Utilities Aim To Restore Most Power By Weekend." (Hartford Courant)