Accessibility links
In Vermont, Rough Roads Reconnected To All But One Community : The Two-Way At this point the roads are only for use by emergency vehicles and National Guard delivery trucks. Helicopters will continue to bring supplies to stricken communities.

In Vermont, Rough Roads Reconnected To All But One Community

In Vermont, Rough Roads Reconnected To All But One Community 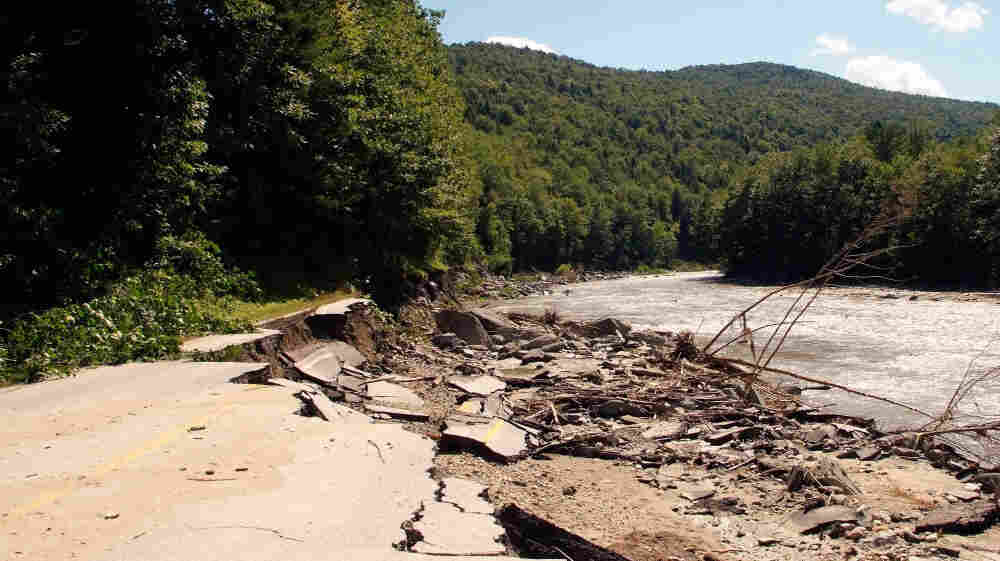 Some of the damage: Route 107 near Bethel, Vt. Chip Allen/Getty Images hide caption 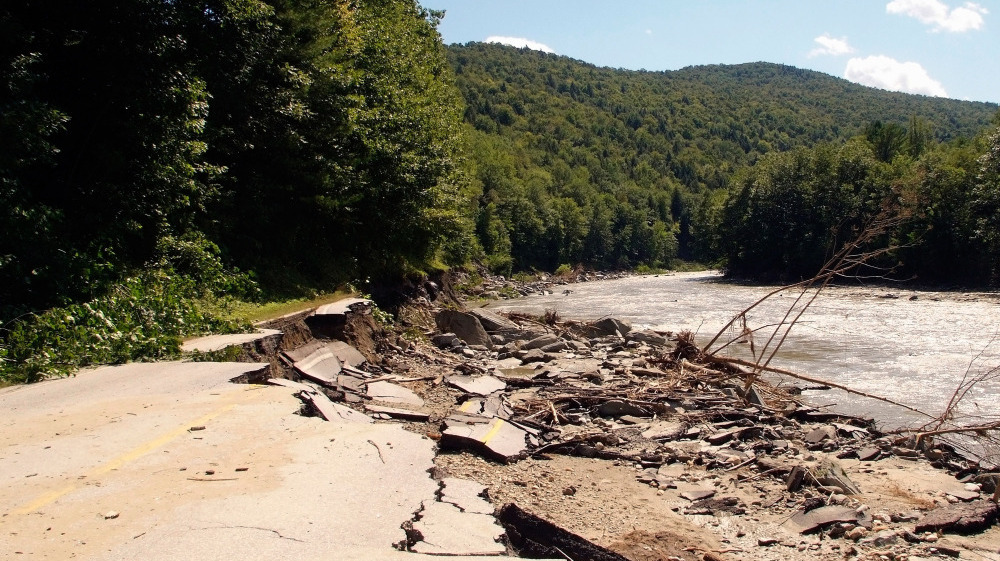 "Extremely rough" roads have been reopened to all but one of the communities in Vermont that were devastated by floods after Hurricane Irene passed over New England, the state's Emergency Management agency reports.

Wardsboro, which is still cut off, could be reconnected later today, officials add.

They caution, though, that at this point the roads are "intended for emergency vehicles and National Guard delivery vehicles only. Air operations will still compliment the truck deliveries to ensure the speediest delivery of provisions." As our colleagues at Vermont Public Radio say, crews "punched through" — but much work remains to be done before the roads are truly passable.

According to the emergency management agency, "there are currently 12,000 power outages in the state."