Accessibility links
Solar Company's Shutdown Becomes Political Issue : The Two-Way Just a little more than a year ago, President Obama was in Fremont, Calif., to tout the jobs created by a solar cell manufacturing company called Solyndra and federal loans that helped. On Wednesday, the company said it's filing for bankruptcy. 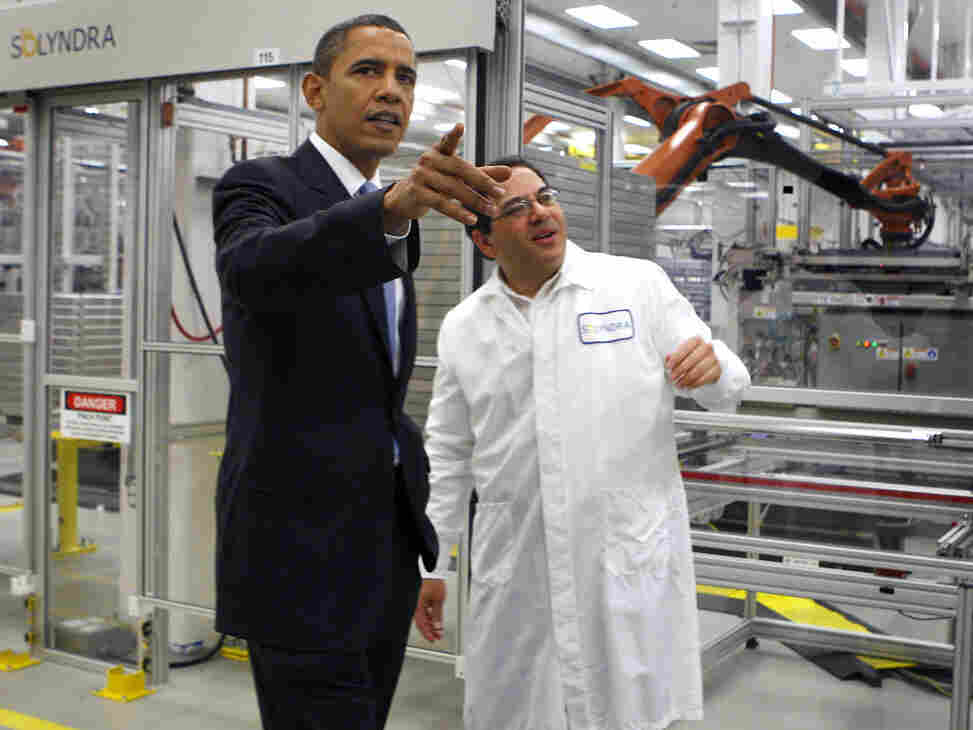 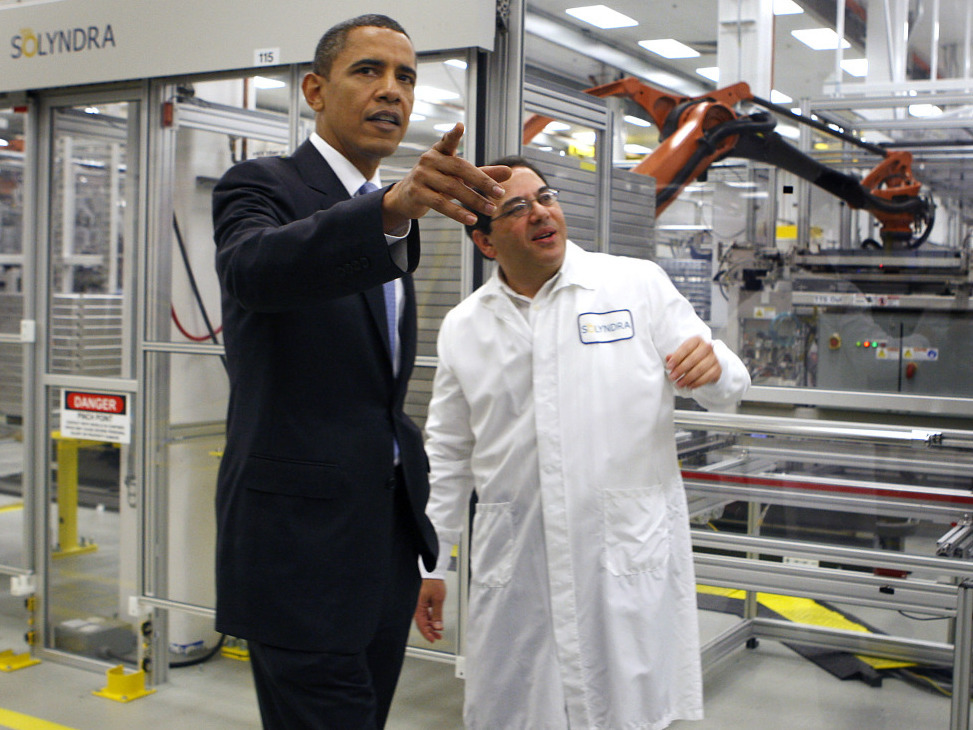 Just a little more than a year ago, President Obama was in Fremont, Calif., to tout the jobs created by a solar cell manufacturing company called Solyndra.

Those jobs weren't so permanent after all.

On Wednesday, Solyndra announced it is filing for Chapter 11 bankruptcy protection and laying off all its 1,100 workers. The news has Republican leaders on the House Energy & Commerce Committee crying foul:

"We smelled a rat from the onset. As the highly celebrated first stimulus loan guarantee awarded by the DOE, the $535 million loan for Solyndra was suspect from day one," Reps. Fred Upton (R-MI) and Cliff Stearns (R-FL) say in a statement released by the committee.

They say it was a "dubious" investment by the government that will be investigated by the committee.

What happened to the company? According to the San Francisco Chronicle:

"Solyndra, whose solar modules are thin tubes rather than flat panels, struggled to compete against a flood of low-priced solar cells pouring out of heavily subsidized factories in China"

The Department of Energy notes that the federal loan guarantee "was pursued by both the Bush and Obama administrations." And, DOE spokesman Dan Leistikow wrote Wednesday, "we have always recognized that not every one of the innovative companies supported by our loans and loan guarantees would succeed, but we can't stop investing in game-changing technologies that are key to America's leadership in the global economy. These projects, which include more than 40 other companies, are on pace to create more than 60,000 jobs."

As for the federal money, The Wall Street Journal says that:

"Now, as the company prepares to enter Chapter 11 or sells its assets, the government will want its money back. According to a DOE spokesman, $527 million of the $535 million loan has been drawn down. It's not clear which secured debt holders will get paid back first–the case will go to a bankruptcy court to sort it out–but the venture capitalists holding equity may be out of luck."