Accessibility links
Study: Space Debris Has Reached 'Tipping Point' : The Two-Way Researchers say if nothing is done about the debris orbiting Earth, it could spell disaster for spacecraft. Earlier this year, the International Space Station had a close call. 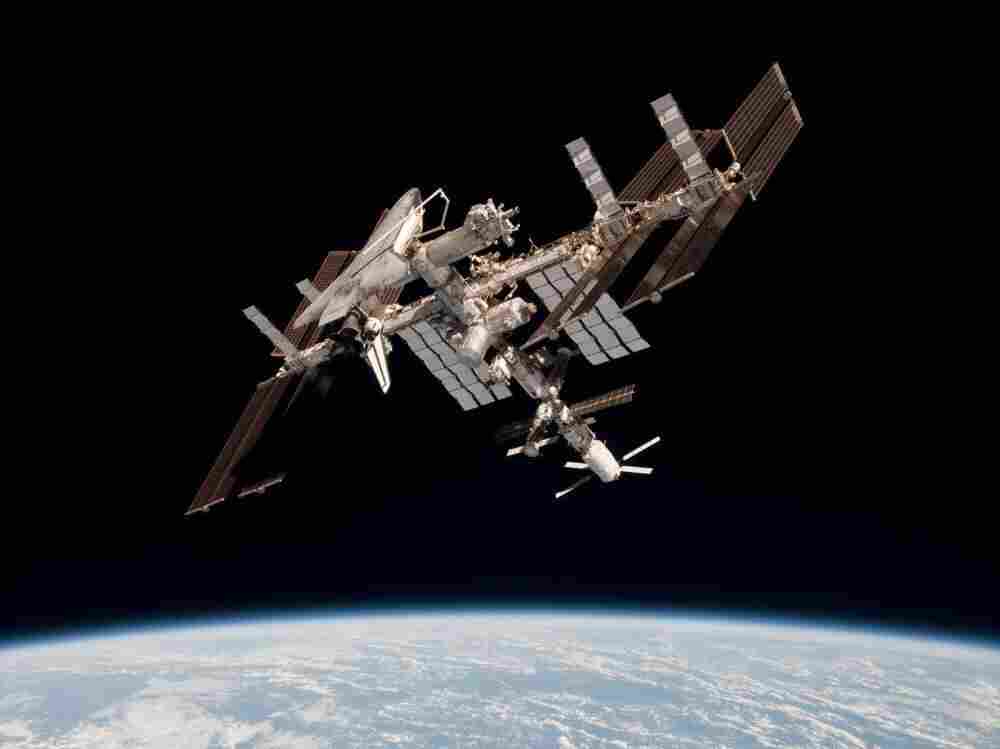 In June, the International Space Station had a near miss with some debris. Paolo Nespoli/NASA hide caption

The National Research Council released a report today that sounds an alarm about the amount of debris orbiting Earth. The report recommends that NASA develop a formal strategy to track and perhaps remove debris to "mitigate risks."

In its summary, the Council said according to NASA estimates, debris has reached a "tipping point, with enough currently in orbit to continually collide and create even more debris, raising the risk of spacecraft failures..."

"The current space environment is growing increasingly hazardous to spacecraft and astronauts," Donald Kessler, chair of the committee that wrote the report and retired head of NASA's Orbital Debris Program Office, said in a statement. "NASA needs to determine the best path forward for tackling the multifaceted problems caused by meteoroids and orbital debris that put human and robotic space operations at risk."

The problem is very real. In its story today, USA Today recounts two minutes in June when the crew of the International Space Station was about ready to evacuate. A piece of debris — perhaps the remnants of a rocket or an old spacecraft or satellite — was about to collide with the space station. Luckily, the space shuttle was docking at that same time and when it did, it moved the station just enough to get it out of the way of the debris.

The problem, reports Space.com, is that even if humans stop sending debris into orbit, we've reached what is being called the "Kessler Syndrome," which is named after the main author of the report.

Here's how Kessler explained it to Space.com:

"Space is becoming essential to our current civilization," Donald Kessler, chairman of the report committee and retired head of NASA's Orbital Debris Program Office, told SPACE.com. "If for any reason we weren't able to use satellites as easily as we do today, there would be a reduction in the standard of living."

The situation we're in now is called the Kessler Syndrome, a term named after Kessler, in which the amount of debris has reached a critical threshold. There is now enough orbital debris that collisions will cause a continual cascade, with each adding to the total amount of debris and increasing the chances of further collisions, according to several studies, Kessler said.

"Even if we add nothing else to orbit, the amount of debris could continue to increase as a result of random collisions between fairly large objects," Kessler said. "You'd generate debris faster than the natural decay process could return it."

Another big problem NASA will face in dealing with debris is that only about 30 percent of the debris is from the U.S. And a lot of it could include sensitive technology.

The report recommends that NASA work through the diplomatic issues along with the U.S. State Department.

The Washington Post says that the report doesn't give a timeline for NASA to solve this issue. Researchers said debris won't be a problem in the next couple of years but "it will be within 10 or 20 years — and that's a relatively short lead time given the scope of the issue."