Accessibility links
Colin Powell: Americans Must Guard Against Fear 10 Years Later : The Two-Way "Terrorists can't change who we are," former Secretary of State Colin Powell tells NPR. Americans, he says, will only lose touch with the freedom-loving, open society we enjoy if we "take such counsel of our fears that we change who we are."

Americans, he said, will only lose touch with the freedom-loving, open society we enjoy if we "take such counsel of our fears that we change who we are." 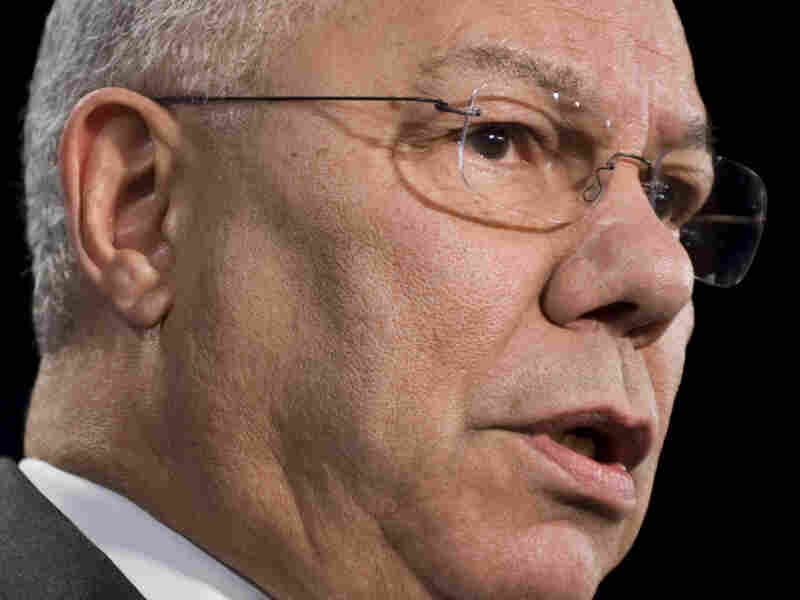 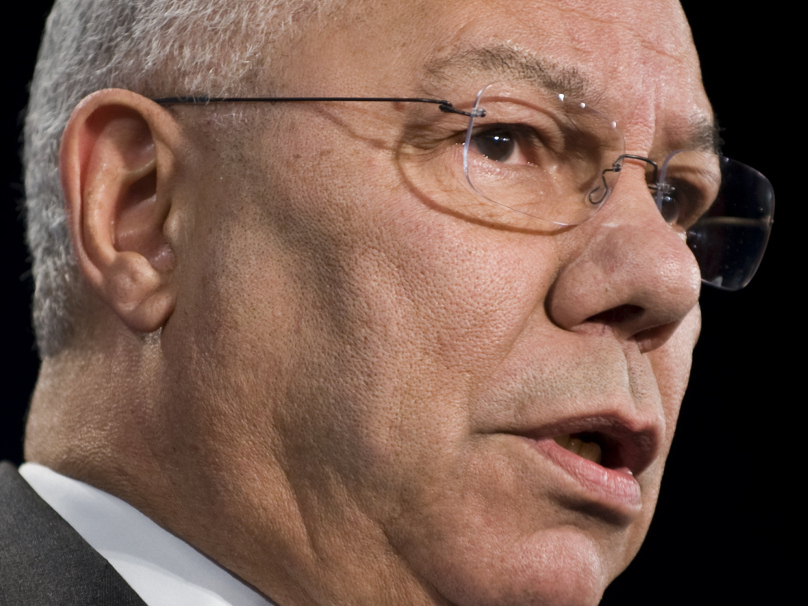 Former Secretary of State Colin Powell, during an address in Washington, D.C., on March 1, 2010.

And for a few years after the Sept. 11, 2001, terrorist attacks, Powell said, "in the process of making ourselves safer, there was a period of time when we started to act as if we were afraid of everything" and made some things, such as getting visas to enter the country and even visiting places such as Disney World, harder to do.

Today, the former chairman of the Joint Chiefs of Staff said, he sees less fear — though he still worries that it's too hard for some foreigners to get visas.

"We're a little more comfortable" and a "little more at ease," Powell said. But "we have to be on guard that we don't spend so much time worrying about terrorism and guarding ourselves that we start to lose the essence of who we are as an open, freedom-loving people welcoming the rest of the world."

Also during the wide-ranging conversation:

-- Powell said the Iraq war was a "costly war," but was "worth it in the sense that we no longer have to worry" about that nation obtaining weapons of mass destruction (which it did have at one time, though not when the U.S. entered in 2003). And the removal of Saddam Hussein, he said, has given the country of almost 30 million people the chance for peace and democracy.

-- While he has said that Dick Cheney takes some "cheap shots" at others from the Bush administration in the former vice president's new book, Powell added today that "we have many similar views of the world." He and Cheney were not always happy with each others' positions on policies, Powell said, but it's no surprise that top officials wouldn't always agree.

-- The Republican Powell, who endorsed Democrat Barack Obama's bid for the White House in 2008, cautioned against reading too much into his comment earlier this week that he hasn't yet decided who he will vote for in 2012. He will make that decision after he sees who else is in the race. (More at It's All Politics.)

-- Powell recalled where he was and what he was thinking the morning of the 9/11 attacks. He was in Lima, Peru. And after getting word of the attacks, his fellow diplomats at a gathering of the Organization of American States were asked to vote on a charter for democracy. They approved it by acclamation. It was a "very emotional moment" for him, Powell said, to see them take such a stand for freedom.

Much more from the conversation is due on Friday's Morning Edition. We'll add the as-broadcast version of the interview to this post when it's available. And NPR.org is planning to post a transcript and more audio later.