Accessibility links
Cache Of Unredacted WikiLeaks Cables Now Online : The Two-Way Facing criticism for releasing unredacted material, WikiLeaks tried to shift the blame to The Guardian. The British paper fired back saying it was Julian Assange's own carelessness that led to the release. 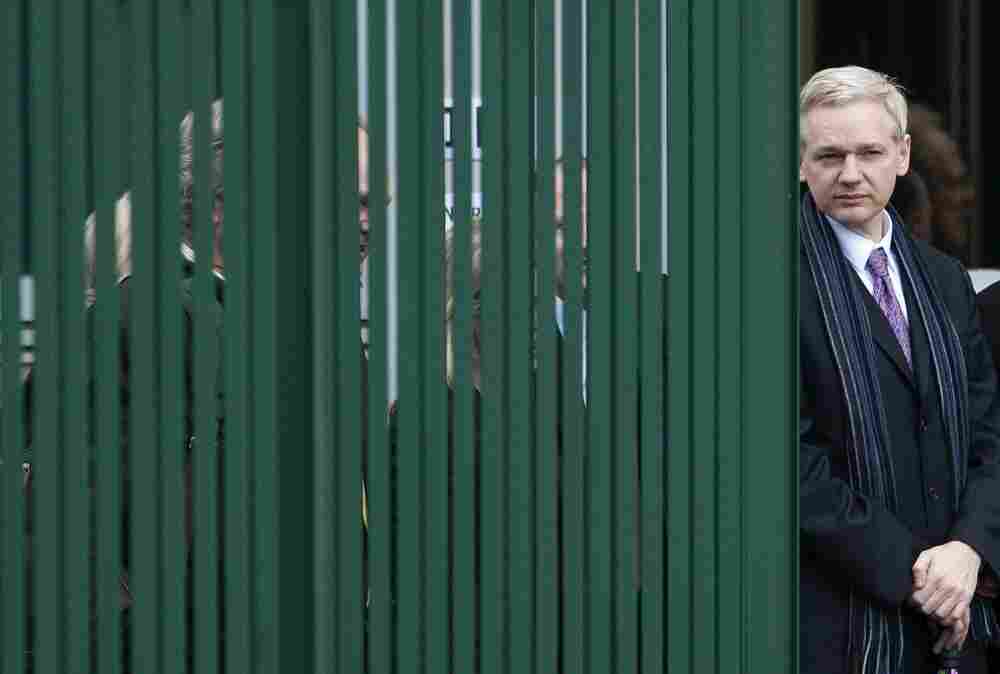 Today WikiLeaks admitted that a cache of diplomatic cables was now available all over the Internet. The cables include information that could potentially put people, like government informants, in jeopardy.

The Wall Street Journal reports that facing criticism for releasing unredacted material, WikiLeaks tried to shift the blame to The Guardian, saying the British paper had published the password that opened the encrypted file:

According to German magazine Der Spiegel, the encrypted file has been available online since early this year. In a statement, WikiLeaks didn't explain how the encrypted file slipped from its possession, and it didn't respond to a request for comment.

The fracas has put WikiLeaks in the position of decrying what it called the "reckless" and "negligent" disclosure of information—something WikiLeaks' critics have long accused it of doing itself.

Here at NPR, we were able to download the hefty file from a file-sharing service and we were able to open it with the password The Guardian published in a book about WikiLeaks.

In a story today, The Guardian refutes WikiLeaks founder Julian Assange's claims. The paper says the file got into the public domain because of Assange's carelessness. Here's how The Guardian explains what happened:

On 7 December, the day of his arrest, a huge file of WikiLeaks information was posted on the Pirate Bay filesharing site by one of his supporters. According to the group's former No 2, computer expert Daniel Domscheit-Berg: "These people said they wanted to keep WikiLeaks operational, but they never spoke to Julian." As a result, it was never apparently realised that the file-set included Assange's copy of all the classified US cables.

Earlier in the year, according to Domscheit-Berg, Assange gave a copy of the cables file to the Guardian, one of the news organisations with whom he had agreed to work to publish the cables in redacted form. He provided the Guardian with a password and access to a special online server, on which he said he would place a copy of the cables file, which would only remain in existence for a short time. What Assange did not reveal was that he had not followed conventional security practice and created a new password for the transaction. Instead, according to Domscheit-Berg, he had merely reused the existing master password, already known to others within WikiLeaks. "The file was never supposed to be shared with anyone at all. To get a copy you would usually make a new copy with a new password. He was too lazy to create something new."

So all that was missing is that somebody would find the file on the Internet and use the password in the book to access the cache. Domscheit-Berg told The Guardian that faced with the prospect of someone else releasing the 250,000 diplomatic cables, WikiLeaks preferred to do it themselves and started dropping hints on Twitter as to the location of the file online.

Now, it's all public.