Accessibility links
Reports: Obama To Propose $300 Billion Package Aimed At Boosting Jobs : The Two-Way Sources familiar with what the White House is considering tell the AP the president will call for a one-year extension of a payroll tax cut for workers and an extension of expiring jobless benefits. Republican leaders ask for a meeting with Obama. 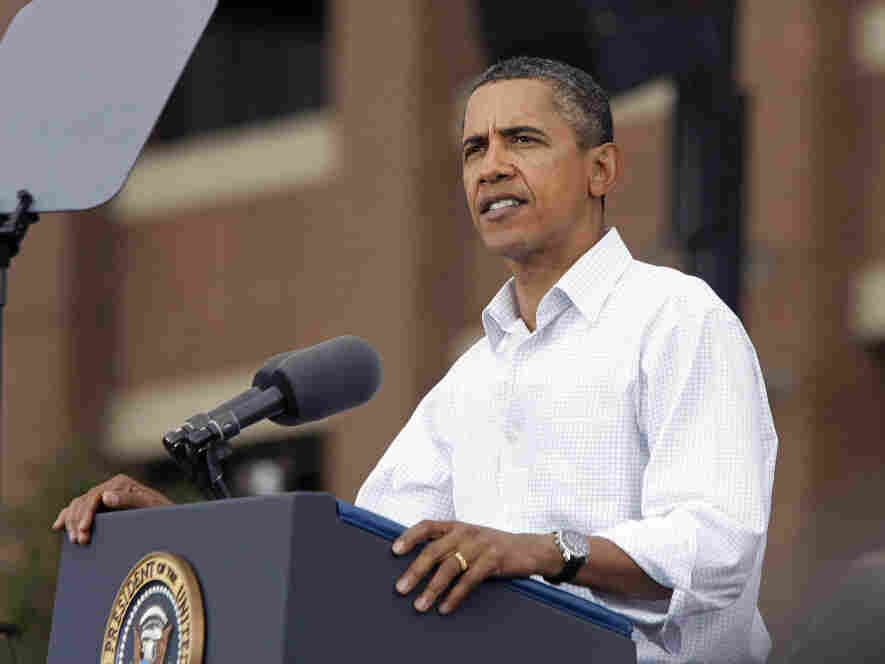 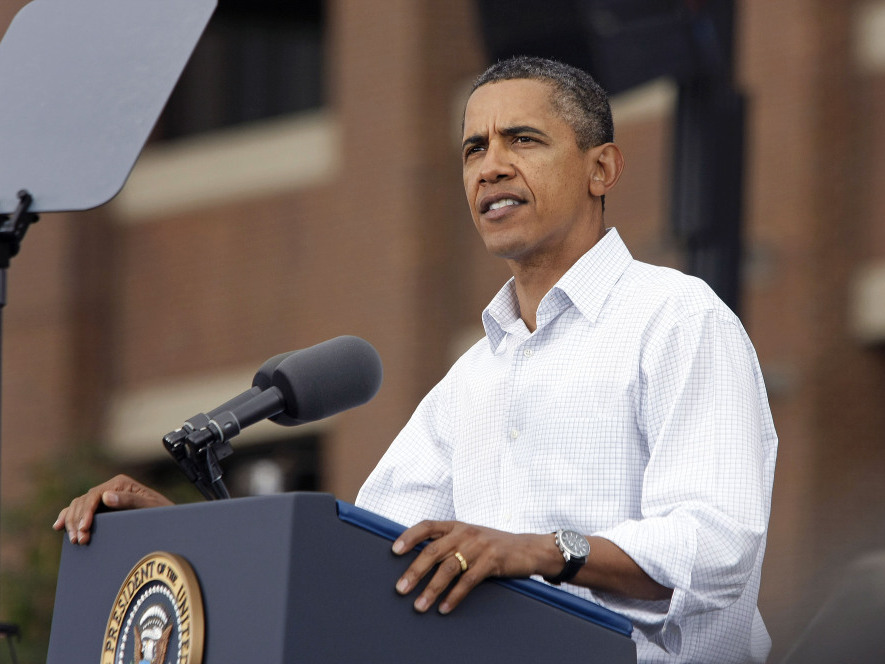 President Obama will propose "$300 billion in federal spending and tax cuts" when he addresses the nation Thursday night during a joint session of Congress, The Associated Press and other news outlets are reporting.

The AP says that:

"According to people familiar with the White House deliberations, two of the biggest measures in the president's proposals for 2012 are expected to be a one-year extension of a payroll tax cut for workers and an extension of expiring jobless benefits. Together those two would total about $170 billion. ...

"The White House also is considering a tax credit for businesses that hire the unemployed. That could cost about $30 billion. Obama has also called for public works projects, such as school construction. Advocates of that plan have called for spending of $50 billion, but the White House proposal is expected to be smaller."

Bloomberg News, which is also on the story, says that:

"Obama will call on Congress to offset the cost of the short-term jobs measures by raising tax revenue in later years. This would be part of a long-term deficit reduction package, including spending and entitlement cuts as well as revenue increases, that he will present next week to the congressional panel charged with finding ways to reduce the nation's debt."

As those details about the president's plan are emerging, two key Republican leaders on Capitol Hill are "reaching out to Obama," USA Today reports. In a letter to the president, "House Speaker John Boehner and Majority Leader Eric Cantor wrote, 'While it is important that we continue to debate and discuss our different approaches to job creation ... we should not approach this as an all-or-nothing situation.' "

Tuesday, Republican presidential contender Mitt Romney offered his own jobs plan — one that he said would add 11 million jobs in four years. NPR's Ari Shapiro reported on Morning Edition earlier today that Romney referred to Obama's jobs policy as a "pay phone strategy in a smart phone world." The former Massachusetts governor vowed that if elected, on his first day in office he would send Congress a jobs package with five major proposals:

-- A reduction in the corporate income tax, to 25 percent.

-- A "domestic energy act" that "initiates leasing in all areas currently approved for exploration."

-- A "retraining reform act" to consolidate federal retraining programs and push responsibility for them to the states.

-- And a "downpayment on fiscal sanity act" that would "cut non-security discretionary spending by 5 percent."