Accessibility links
San Francisco May Make Nudists Cover Their Seats : The Two-Way Walking around San Francisco with no clothes on? No problem, for the most part. But if you sit down on a public bench or go into a restaurant, city Supervisor Scott Wiener says you should bring something along to cover either the seat or yourself. 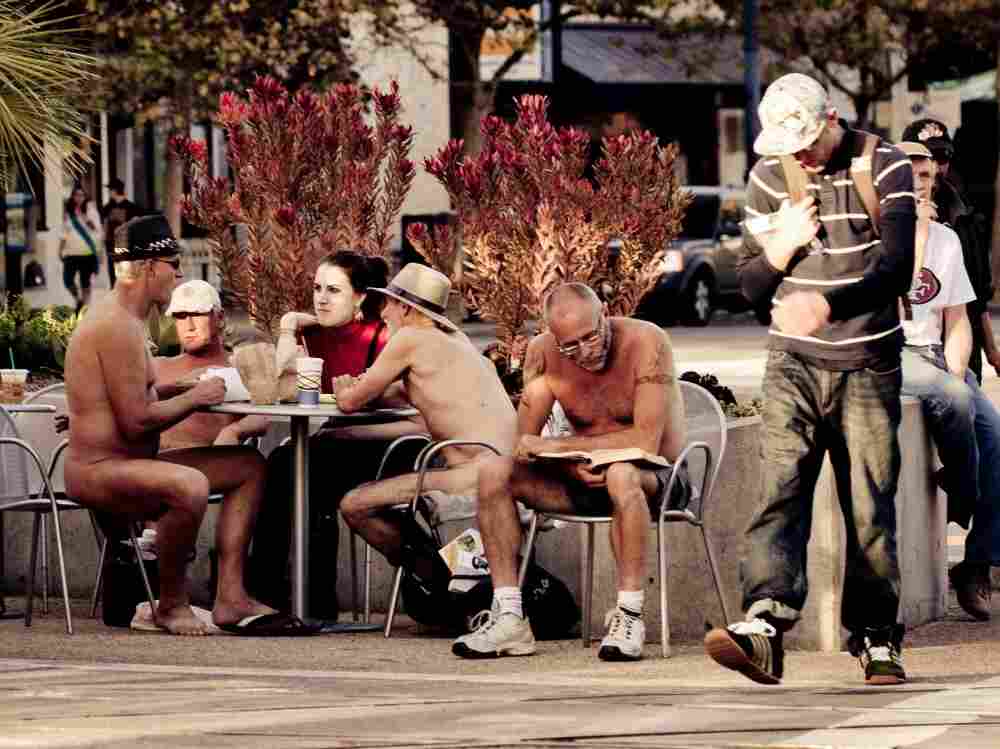 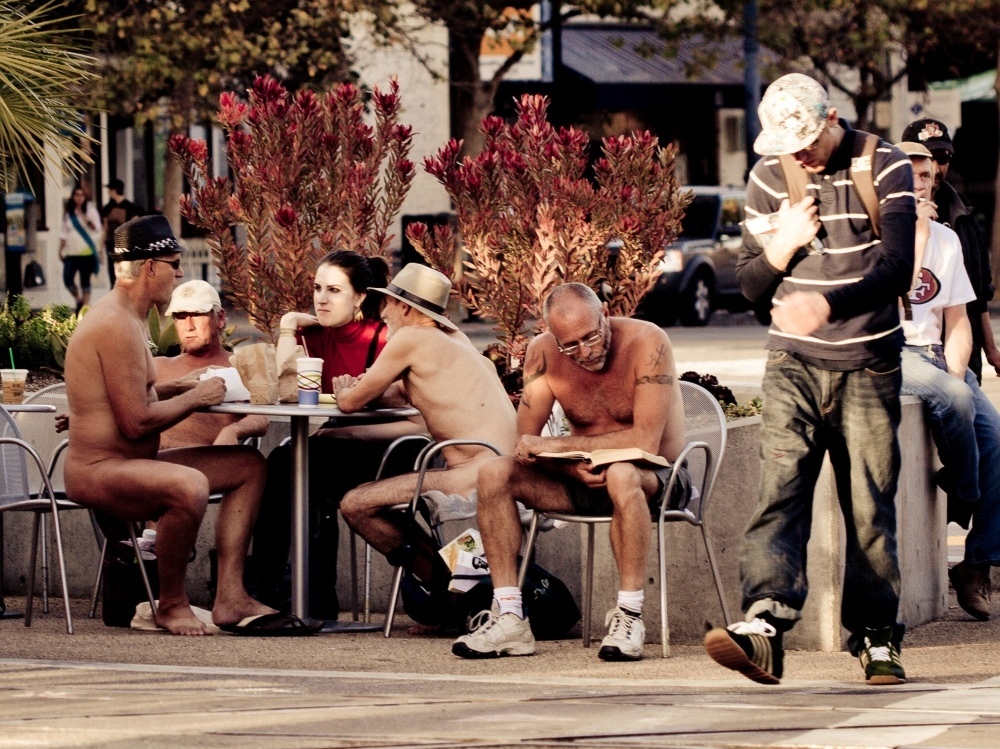 Walking around San Francisco with no clothes on?

No problem as long as you're not a public nuisance or being lewd or ... (how do we put this?) ... looking like you're enjoying yourself a little too much. (And given how cold it can be there, perhaps arousal isn't a big issue.)

But if you sit down on a public bench or go into a restaurant, city Supervisor Scott Wiener (yes, that's correct) says you should bring something along to cover either the seat, if outdoors, or yourself, when in a restaurant.

It's "pretty basic stuff, but unfortunately the behavior of some requires a legislative fix," Wiener says on his Facebook wall. Tuesday, he introduced legislation to address the issue.

The San Francisco Chronicle, which seems to have gotten to the bottom of this story (you would have said it if we didn't), tells us that:

"Wiener represents the Castro, a favorite gathering spot for a hard-core group of nudists, known as the naked guys, who hang out in the plaza near Market and Castro streets and aren't shy about walking around the neighborhood. They are unabashed in their brazenness, setting off a robust debate about how far San Francisco's legendary penchant for tolerance should be stretched."

According to The Examiner, "the proposed new law has Castro nudists scoffing. 'It's just codifying what is already nudist etiquette,' said [George] Davis, a nude yoga aficionado and former San Francisco mayoral candidate who frequents Jane Warner Plaza, a popular spot for nudists near the corner of 17th and Castro streets."

As for the legal issues surrounding this, the Examiner says that "currently, California state law says anyone offended by a nude person can make a citizen's arrest, but police have no recourse to arrest people parading around in the buff unless they are aroused or being otherwise disruptive, according to information Wiener used in drafting the legislation."

For a state-by-state index of related laws, see this webpage from the Naturist Action Committee.