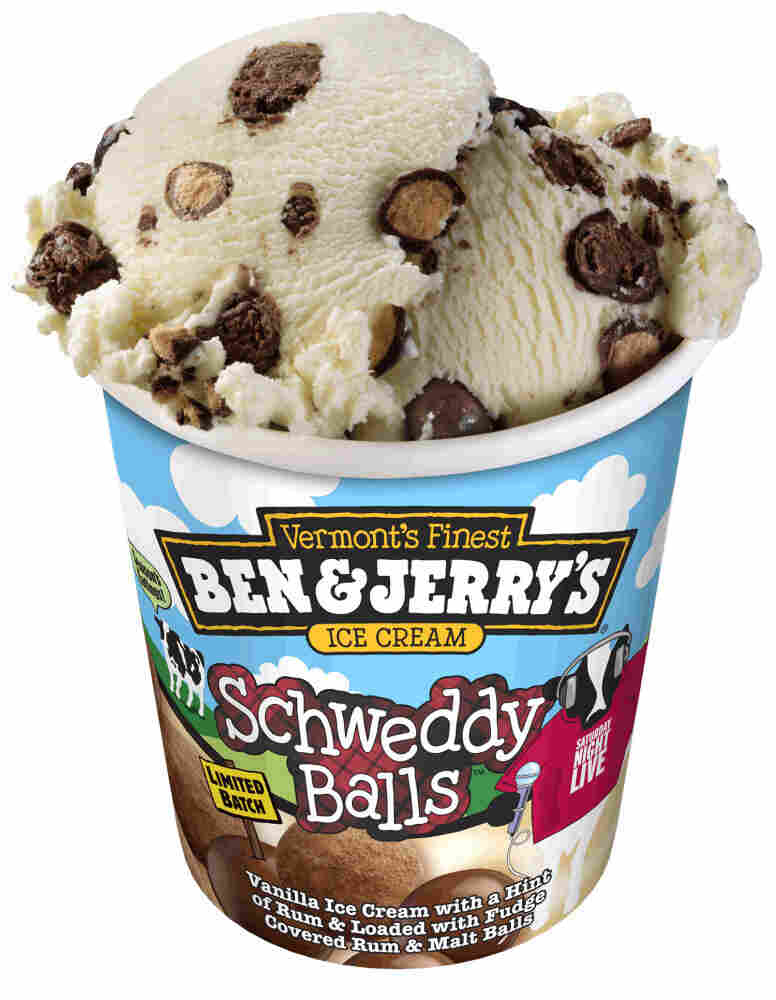 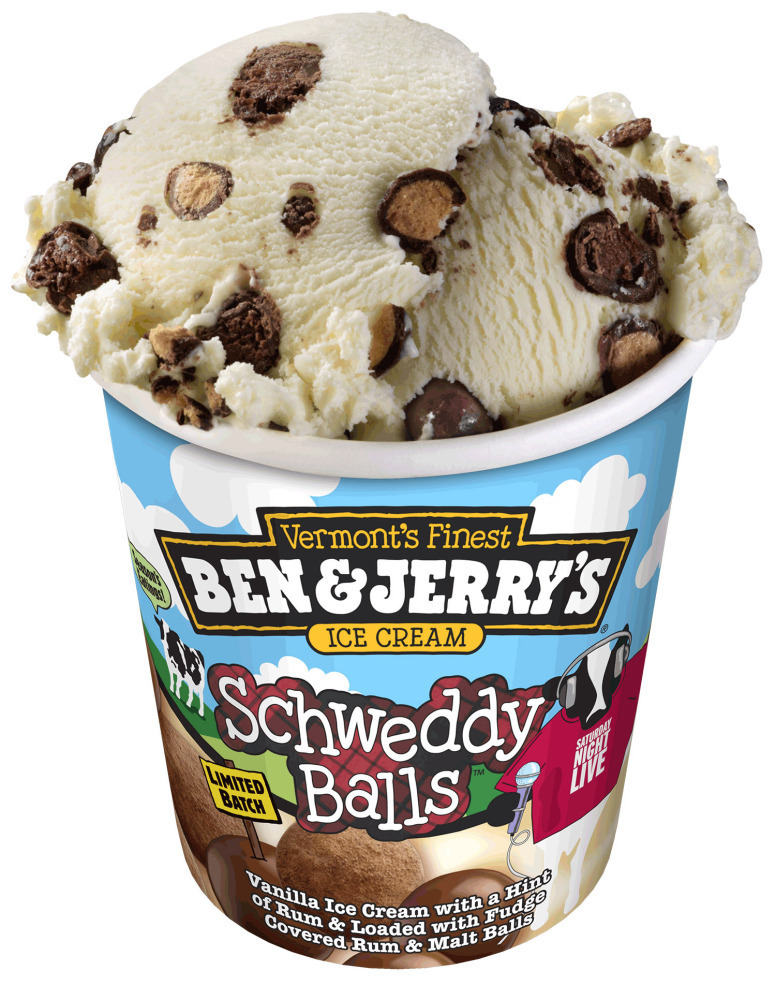 But we were wrong. Ben & Jerry's announced today that "Schweddy Balls" ice cream is on its way to store shelves across the country.

As we explained in June, "in case you don't get the reference, the skit is a hilarious commentary on NPR's, um, uniquely soothing sound. [Alec] Baldwin plays Pete Schweddy, a guest on a fake NPR show called Delicious Dish. Pete makes holiday treats like cheese balls, popcorn balls, rum balls and his famous Schweddy balls. The skit is an exercise in double entendres."

We talked to Ben & Jerry's spokesman Sean Greenwood and asked him, "What are you guys thinking?" We were imagining someone who's never seen the skit walking the grocery aisles and stumbling on the flavor.

"We've always been a company that has had a sense of humor," he said. Sometimes, he said, they spend time discussing serious business and other times "we just do fun."

"This is just plain silly," he said. And it tastes pretty good, he promised.

The flavor is made up of "vanilla ice cream with a hint of rum and is loaded with fudge covered rum balls and milk chocolate malt balls."

It'll be available for a limited time in about 30 percent of stores that carry Ben & Jerry's ice cream.

So, today, a few pints of "Schweddy Balls" ice cream made it through the NPR newsroom. When it first arrived, several of our colleagues just stood there watching the ice cream like it was some kind of animal at a zoo.

It took a brave soul to dig in and they stipulated, "No pictures." But once the newsroom dug in, the verdict was generous: It was delicious.

My impression was mixed. I mean ice cream is ice cream, right? So it was good, but the rum is subdued in the vanilla ice cream so the balls — especially the malt balls — overwhelmed the flavor a bit.

Being a Cherry Garcia guy myself, I appreciate some nuance in my ice cream, a bit of tartness to tame the sweetness of the ice cream. Now, don't get me wrong, I'm no prude, but the flavor — like the name suggests — was missing a bit of delicacy.