Accessibility links
In Oral History Interviews, A Very Candid Jackie Kennedy : The Two-Way In the tapes, Jackie Kennedy speaks honestly and disarmed a short time after the assassination of her husband, President John F. Kennedy. 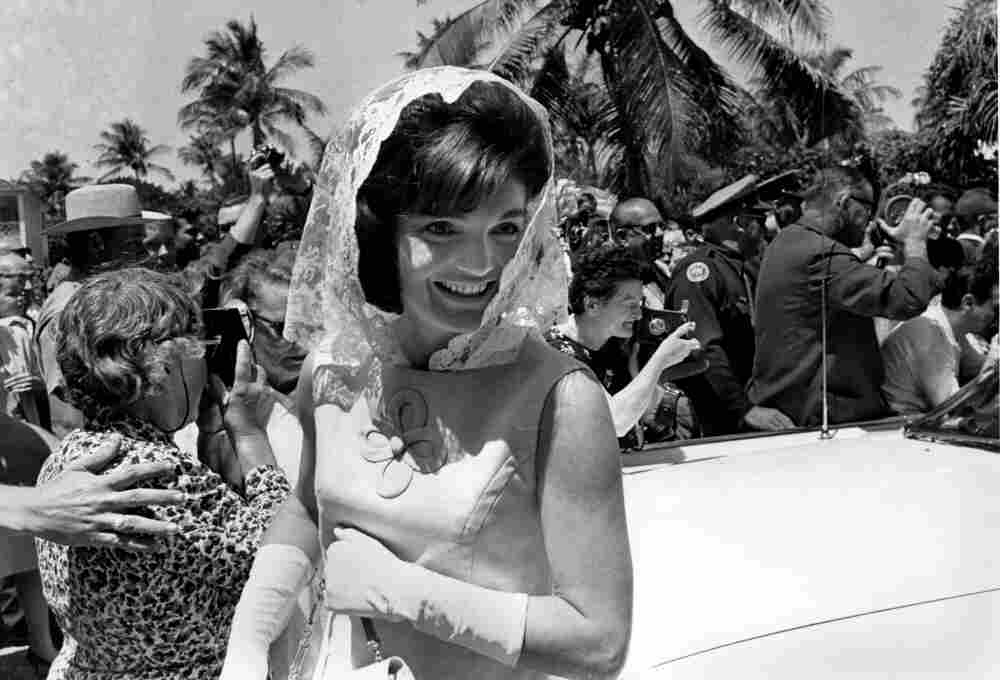 Over the past few days, we've gotten snippets of a seven-part interview with Jacqueline Kennedy conducted in 1964 by the historian and Kennedy aide Arthur M. Schlesinger Jr.

What's emerged is that these tapes aren't your usual gloss on history, instead it's a very candid Jackie Kennedy, who was speaking honestly and disarmed a short time after the assassination of her husband, President John F. Kennedy.

In the tapes, which are being released as a book, too, Jackie takes aim at Lady Bird Johnson and Martin Luther King. She speaks critically of Charles de Gaulle and Lyndon Johnson.

Here's how the New Yorker's Amy Davidson reads the tapes:

Her comments here seem so striking because of the many paper-doll versions of her we've played with for so long. How many people have been the object of so much fetishization, of so many kinds—fashion, political, tabloid? That can't have been easy, of course, but not only for her.

Culling quotes from The New York Times and ABC News, which will broadcast exclusive clips tomorrow, we've come up with some highlights:

-- Facing the Cuban missile crisis, Jackie told her husband: "If anything happens, we're all going to stay right here with you," she says she told him in October 1962. "I just want to be with you, and I want to die with you, and the children do, too — than live without you."

-- About Martin Luther King, Jackie said, "I just can't see a picture of Martin Luther King without thinking, you know, that man's terrible." According to historians, Kennedy's view of King was shaped by information she was fed by J. Edgar Hoover, who was trying to damage King's image.

-- On Johnson, Kennedy's vice president, who took over the presidency after Kennedy was killed Jackie said:

"Bobby [Kennedy] told me this later, and I know Jack said it to me sometimes. He said, 'Oh, God can you ever imagine what would happen if Lyndon was president?' He didn't like that idea that Lyndon would go on and be president because he was worried for the country. Bobby told me that he'd had some discussions with him. I forget exactly how they were planning or who they had in mind. It wasn't Bobby (who would, in fact, mount a presidential campaign until his assassination in 1968) but somebody. Do something to name someone else in '68."

-- Jackie on women: "I think women should never be in politics. We're just not suited to it..."

-- Jackie on Lady Bird Johnson: "And anytime Lyndon would talk that night, Lady Bird would get out a little notebook - I've never seen a husband and wife so - she was sort of like a trained hunting dog. He'd say something as innocent as - I don't know - 'Does your sister live in London?' - and Lady Bird would write down Lee's name and 'London.'"

-- Jackie on Indira Gandhi, the future prime minister of India: "She is a real prune - bitter, kind of pushy, horrible woman."

-- On Charles DeGaulle, French general and president: "That egomaniac."