Accessibility links
'Sparks Flew' At GOP Debate; Perry Took Most Of The Fire : The Two-Way The other Republican presidential contenders spent much of the evening going after Texas Gov. Rick Perry. Some Tea Party supporters who were in the audience didn't like what they heard about him.

'Sparks Flew' At GOP Debate; Perry Took Most Of The Fire

'Sparks Flew' At GOP Debate; Perry Took Most Of The Fire 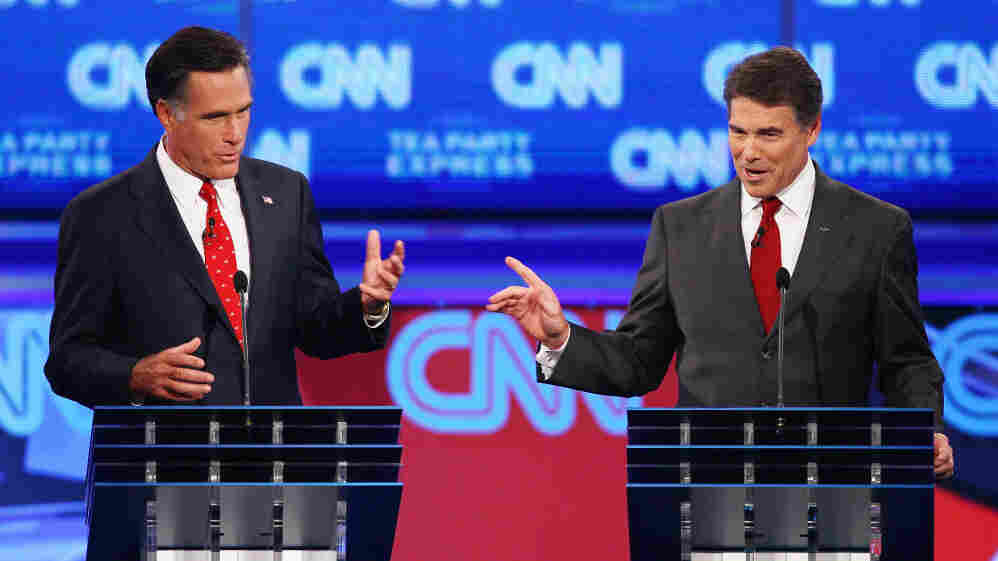 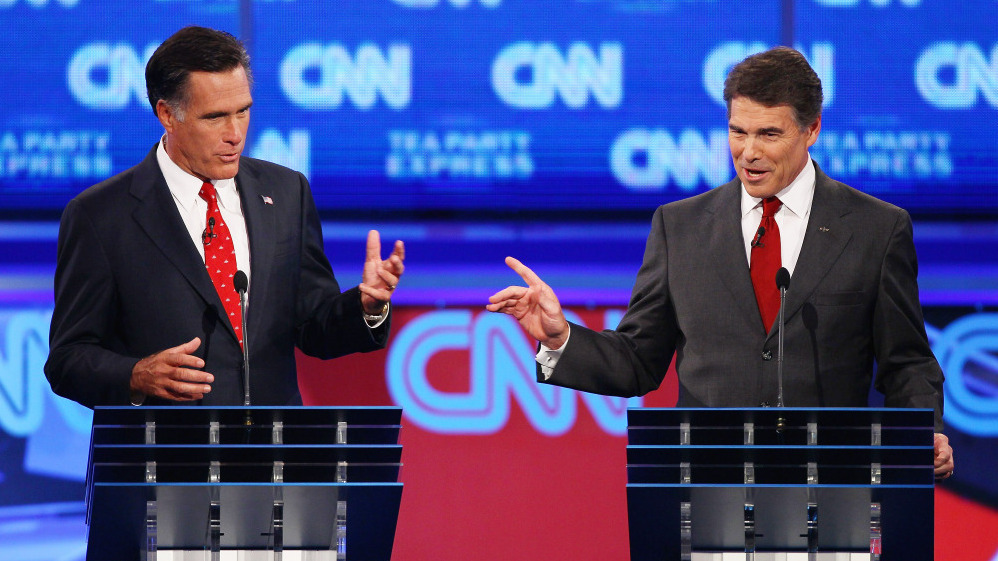 As Don says, "one candidate after another" went after Texas Gov. Rick Perry, the current front runner, over his comments about Social Security (which he's called "a Ponzi scheme"), his executive order that made vaccinations against cancer-causing infections mandatory for young girls and his support for in-state tuition for illegal immigrants who are seeking to become U.S. citizens.

Our colleague Frank James over at It's All Politics says the other contenders' goal was to "stop Rick Perry."

Frank says Perry's rivals "may not have knocked him out of the lead, but they gave any Republican voters with doubts about Perry plenty more to fuel their concerns."

Indeed, NPR's Greg Allen talked with some of the Tea Party backers who were in the audience at last night's debate in Tampa and found that Perry "didn't win himself many new supporters."

Politico, meanwhile, writes that "the fire Perry took from the right at the CNN-Tea Party Express debate ... suddenly seemed more threatening to the Texas governor's chances than [former Massachusetts Gov. Mitt] Romney. ... That might be the Texan's chief vulnerability and his main rival's best hope: that the Republican undercard of [Rep. Michele] Bachmann, [former Sen. Rick] Santorum and [Rep. Ron] Paul remains in the race to bloody Perry so much on his right flank that Romney can consolidate enough of the GOP establishment to eke out a plurality victory."

And The New York Times this morning adds that the "GOP elite" is beginning to "look toward Romney" and is trying to "slow the ascent of Mr. Perry — or to push him to explain positions that are considered provocative."