Accessibility links
Napolitano: New TSA Screening Procedure For Fliers Under 12 : The Two-Way In the coming months, children will no longer have to take off their shoes at airport security checkpoints and pat-downs will also occur less frequently. 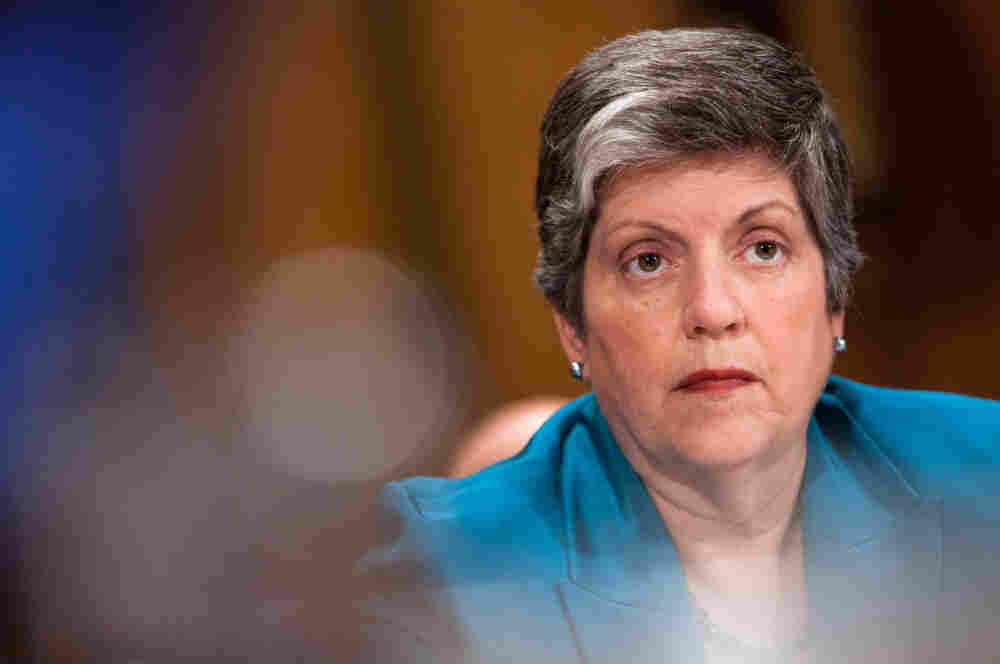 Parents of young children, we have some good news courtesy of Homeland Security Secretary Janet Napolitano: In the coming months, most children younger than 12 will no longer be required to take off their shoes when going through airport security.

The AP reported that during testimony before the Senate, Napolitano also said children will less frequently be subject to pat-downs from Transportation Security Administration officials.

Over the past few months, we've reported on the controversy over "enhanced pat-downs." Back in April, a YouTube video of a 6-year-old girl going through airport security caused an uproar. The ACLU of Louisiana and and Congress got involved.

The Hill adds a bit more on what Napolitano said today:

Napolitano said her department has begun training the thousands of TSA officers who provide security at airports in the revised procedures and expects to see the new procedures unveiled soon.

The new screening methods for young children will not exclude all kids from being screened, said Napolitano, who stressed the need for random checks to keep potential terrorists wishing to exploit the young passengers in their attack plots.

"There will always be some unpredictability built into the system and there will always be random checks even for groups we are looking at differently, such as children under the age of 12, but I think the traveling public will begin to see some of these changes really in the coming months," said Napolitano.