Accessibility links
Gore: It's An Honor To Be Attacked On Climate : The Two-Way "There's a long tradition of people who don't like a particular message turning to attack the person delivering the message," he told NPR. "I view it as an honor, really."

Al Gore: It's An Honor To Be Attacked On Climate Change

Al Gore: It's An Honor To Be Attacked On Climate Change

"There's a long tradition of people who don't like a particular message turning to attack the person delivering the message," former Vice President Al Gore just said on NPR's Talk of the Nation. 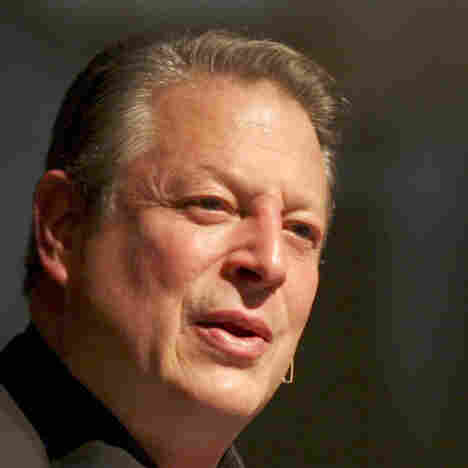 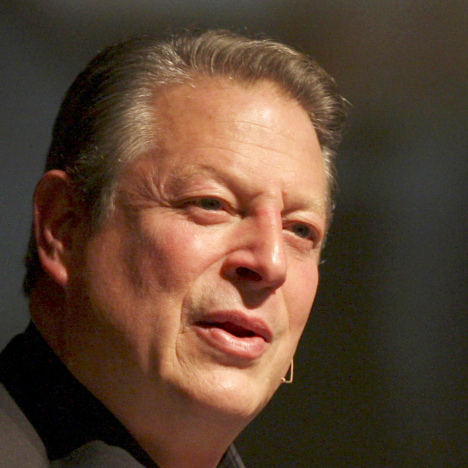 That's why, the 2000 Democratic presidential nominee added, "I view it as an honor, really," to be the target of Republican jabs on the issue of climate change.

He went on to accuse those who express the loudest doubts about whether humans are contributing to climate change of "doing exactly the same thing that the tobacco industry did after the Surgeon General's report came out" linking smoking to cancer. "They hired actors and dressed them up as doctors and gave them scripts" saying that smoking isn't harmful. Today, said Gore, "carbon polluters" are paying for climate change doubters to say similar things.

Gore has been making the media rounds this week to talk about The Climate Reality Project, "24 hours of reality" that starts streaming on the Web today at 8 p.m. ET. Gore's project says that:

"Each hour people living with the reality of climate change will connect the dots between recent extreme weather events — including floods, droughts and storms — and the manmade pollution that is changing our climate. We will offer a round-the-clock, round-the-globe snapshot of the climate crisis in real time. The deniers may have millions of dollars to spend, but we have a powerful advantage. We have reality."

He was on Comedy Central's The Colbert Report Tuesday night.

Earlier this summer, on the pages of Rolling Stone, Gore made the case that the news media has not been a good "referee" in the climate change debate between "Science and Reason" in one corner and "Poisonous Polluters and Right-wing Ideologues" in the other.

He also wrote that President Obama "has thus far failed to use the bully pulpit to make the case for bold action on climate change."

As he did on Colbert, Gore said "it would probably hurt [Perry] In the Republican primaries if I said good things about him. ... I do remember him and I appreciate his support back at that the time when he was a Democrat. ... I don't know what's happened to him since."

NPR's John Burnett reported last week that Perry is among the "global warming doubters" and has said "the biggest source of carbon dioxide is Al Gore's mouth." Perry argued in his book Fed Up that "the complexities of the global atmosphere have often eluded the most sophisticated scientists."

Gore, in turn, told Talk of the Nation that "97 to 95 percent of all the climate scientists in the world who actively publish in that field [climate change] are in agreement on this."