Accessibility links
Texas Execution Put On Hold By Supreme Court : The Two-Way By the time the Supreme Court order came down on Thursday, Duane Buck could have already been put to death. But Texas authorities had paused to wait for the court's decision. The issue is whether his race is the reason he's on death row.

Duane Buck, "a black man convicted of a double murder in Texas 16 years ago was at least temporarily spared from lethal injection" on Thursday when the U.S. Supreme Court agreed to "his lawyers' claims that race played an improper role in his sentencing," The Associated Press writes.

As the wire service adds:

"Buck was sentenced to death for the fatal shootings of his ex-girlfriend and a man in her apartment in July 1995. His attorneys had asked both the Supreme Court and Texas Gov. Rick Perry to halt the execution because of a psychologist's testimony that black people were more likely to commit violence. Buck's guilt is not being questioned, but his lawyers contend the testimony unfairly influenced the jury and Buck should receive a new sentencing hearing."

Wednesday on All Things Considered, Wayne Slater of the Dallas Morning News said the issue in the Buck case has become "are we executing somebody not because he is guilty, but is the sentence delivered because he is black?" 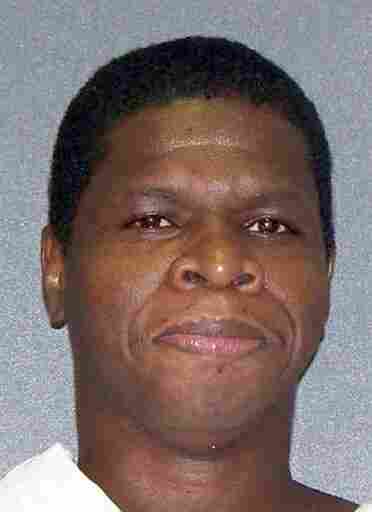 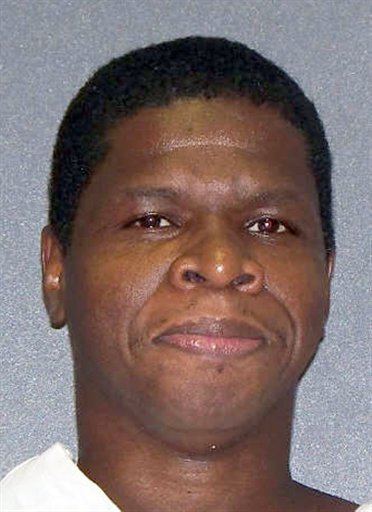 Today, the Morning News writes that the Supreme Court's action was "an unexpected last-minute intervention."

"Last-minute" is actually an understatement. As the AP notes, the execution was halted "two hours into a six-hour window when [Buck] could have been taken to the death chamber. Texas officials, however, did not move forward with the punishment while legal issues were pending." The Houston Chronicle says Buck "was waiting in a holding cell next to the state's death chamber" when word came that the execution was on hold.

The order to halt the execution came down around 7:30 p.m. ET.

Buck, the Chronicle writes, "was sentenced to die for the July 1995 shooting deaths of his former girlfriend, Debra Gardner, and her friend, Kenneth Butler. Buck also shot his sister, Phyllis Taylor, in the chest at point-blank range, but the woman recovered and later became an advocate for saving his life."

Perry, now a contender for the Republican presidential nomination, has been in office for 235 executions in the state. On All Things Considered, Slater noted that "in Texas, if you are governor and you look like you want to offer a reprieve or to delay, you look soft on crime. That is a problem."

Meanwhile, a pending execution in Georgia is getting attention around the world because supporters say death row inmate Troy Davis is innocent in the murder of an off-duty police officer.