Accessibility links
Murdoch's Media Co. Offers $4.7M To Family Victimized In Hacking Scandal : The Two-Way A News of the World investigator hacked into 13-year-old Milly Dowler's cellphone. She was missing at the time. His actions may have affected the search. And they gave her family hope she was still alive. Instead, she had been murdered.

There's a new development in the story that turned the U.K.'s "hacking scandal" into front-page news:

"Milly Dowler's family have been made a £3m offer by Rupert Murdoch's News International in an attempt to settle the phone-hacking case that led to the closure of the News of the World and the resignation of the company's chief executive, Rebekah Brooks," The Guardian reports.

As you may recall, in July the Guardian broke the news that an investigator hired by Murdoch's News of the World hacked into the cellphone of 13-year-old Milly in 2002 — after she went missing and before her body was discovered. That investigator not only listened to some of the voicemails that frantic friends and relatives had left for Milly, he also deleted some — leading her loved ones to think she might still be alive. 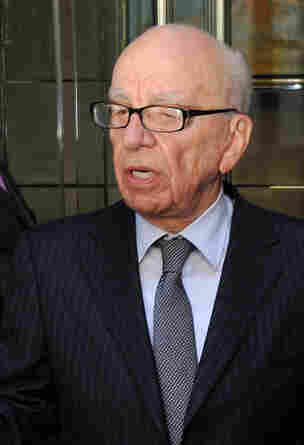 That revelation dramatically escalated the so-called "hacking scandal," ultimately leading to Murdoch's decision to fold News of the World and to investigations by Parliament.

The £3m offer (about $4.7 million) "is understood to include a personal £1m donation to charity by Murdoch himself as well as contributions to the family's legal costs," the Guardian says.

But, it adds, News International "has not yet reached final agreement with the Dowler family, whose lawyers were thought to be seeking a settlement figure closer to £3.5m."

The Guardian, which has been out in front on much of the hacking scandal news, has collected its coverage here.