Accessibility links
Fed's 'Twist' Not Enough To Keep Markets Happy : The Two-Way Stocks around the world fell sharply Thursday. Analysts said the Fed's "Operation Twist" was actually a signal that the central bank is still worried about the prospects for a recovery. 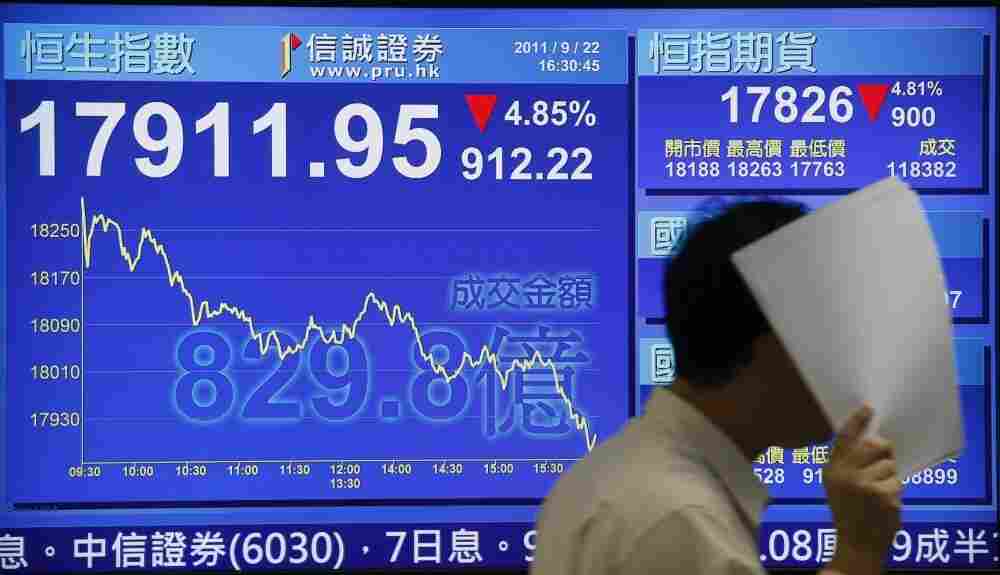 Stocks around the world fell sharply Thursday, a day after Chairman Ben Bernanke and his Fed colleagues announced their latest plan to cut already-low interest rates in an effort to boost the economy. Analysts said the Fed's "Operation Twist" was actually a signal that the central bank is still extremely worried about the prospects for recovery.

In a statement after its two-day meeting Thursday, the Fed said growth "remains slow," "the unemployment rate will decline only gradually" and there are "significant downside risks to the economic outlook."

"The Fed's warning of significant downside risks to the economic outlook rattled markets, as did a report that China's factory output shrank for the third straight month in September," NPR's John Ydstie reported.

Analysts said that the central bank's move may not be enough to stop the economy from slowing further, and there are continuing fears of another recession in the U.S. and Europe — which is struggling to stem a growing debt crisis. The International Monetary Fund this week cut its outlook for U.S. economic growth to just 1.5 percent this year — down a full percentage point from the IMF's June forecast.

That leaves Bernanke and company in a bind.

"The Fed can only do so much," Greg McBride of the financial website Bankrate.com, told NPR's Scott Horsley. "Their most effective tools are things that they have used up already. At this point, they've got a few options left, but none of them is a surefire way to either jump-start the economy or get people to borrow or get banks to lend. There's still a demand problem. And that is not something that the Fed alone can fix."