Accessibility links
Mullen: Pakistan's Proxies Are Attacking Americans : The Two-Way The chairman of the Joint Chiefs of Staff says the Pakistani government "actively and passively" supports groups that have been behind attacks in Afghanistan. 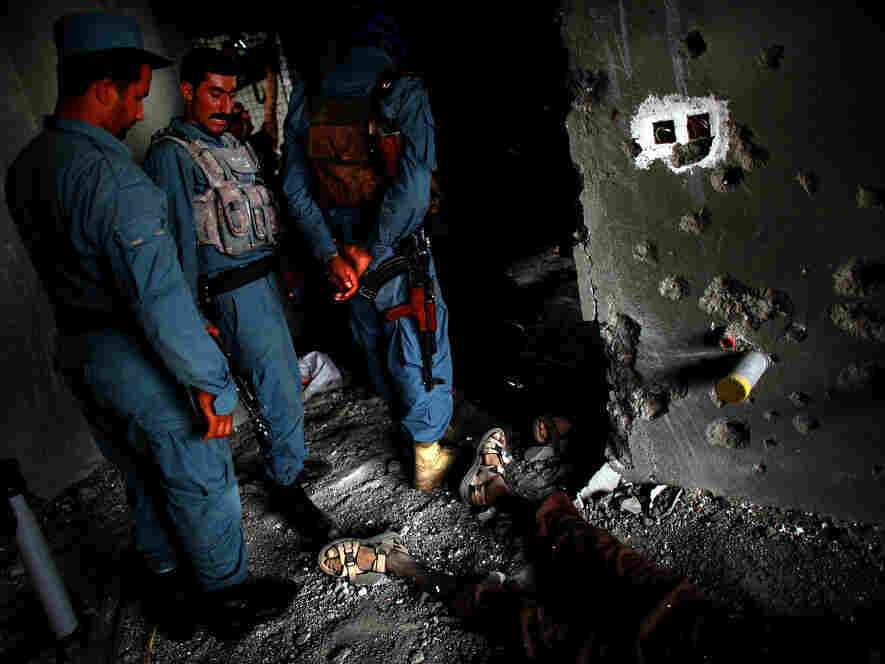 Sept. 13: Afghan Security personnel stand above the body of one attacker, on the 10th floor of the building in Kabul from which RPGs and other weapons were fired toward the U.S. embassy. David Gilkey/NPR hide caption 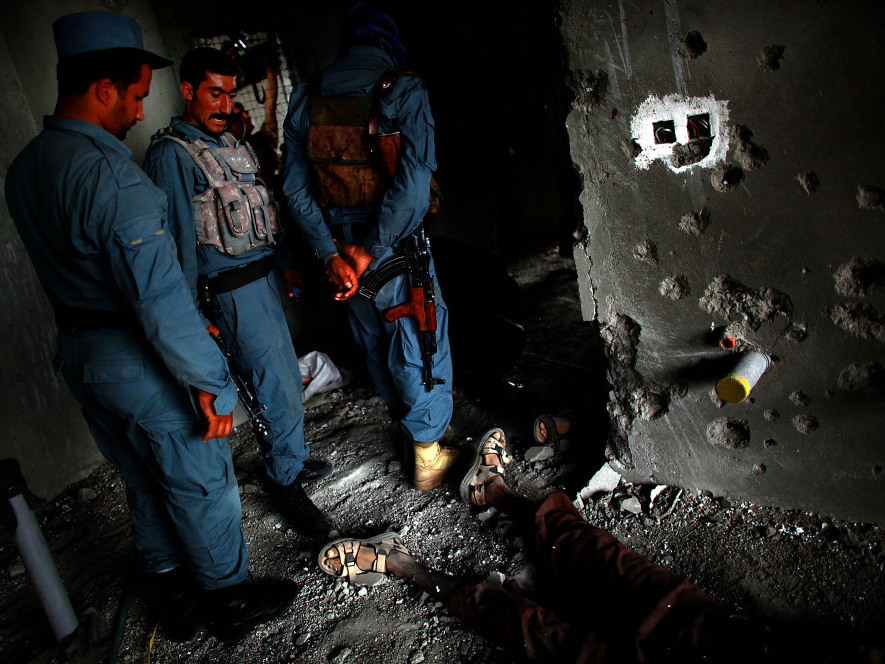 Sept. 13: Afghan Security personnel stand above the body of one attacker, on the 10th floor of the building in Kabul from which RPGs and other weapons were fired toward the U.S. embassy.

"Extremist organizations serving as proxies of the government of Pakistan are attacking Afghan troops and civilians as well as U.S. soldiers," the outgoing chairman of the Joint Chiefs of Staff told Congress today, in some of the sharpest words so far about what U.S. officials say is Pakistan's support of terrorist groups.

In testimony before the Senate Armed Services Committee, Adm. Mike Mullen said "we believe the Haqqani Network — which has long enjoyed the support and protection of the Pakistani government and is, in many ways, a strategic arm of Pakistan's Inter-Services Intelligence Agency — is responsible for the Sept. 13 attacks against the U.S. Embassy in Kabul."

And, Mullen said in his prepared statement that "there is ample evidence confirming that the Haqqanis were behind the June 28 attack against the Inter-Continental Hotel in Kabul and the Sept. 10 truck bomb attack that killed five Afghans and injured another 96 individuals, 77 of whom were U.S. soldiers."

The Pakistani government, Mullen added, "actively and passively" supports both the Haqqani network and the Taliban's "Quetta Shura."

His words follow similar, but less pointed, comments earlier this week by the U.S. ambassador to Pakistan, Cameron Munter.

Defense Secretary Leon Panetta, who also testified today, "decried Pakistani support for the Haqqani network," The Associated Press says, "and he said Pakistani authorities have been told that the U.S. will not tolerate a continuation of the group's cross-border attacks."

"They must take steps to prevent the safe haven that the Haqqanis are using," Panetta said, according to the AP. "We simply cannot allow these kinds of terrorists to be able to go into Afghanistan, attack our forces and then return to Pakistan for safe haven."

In recent years the U.S. has given Pakistan about $20 billion in aid, most of it for the military. In July, the U.S. suspended about $800 million in military aid to that nation.