Accessibility links
Report: Fannie Mae Missed Chances To Stop Robo-Signing : The Two-Way A 2006 internal review found lawyers were illegally signing foreclosure documents, but the agency failed to do anything about it, the report says. 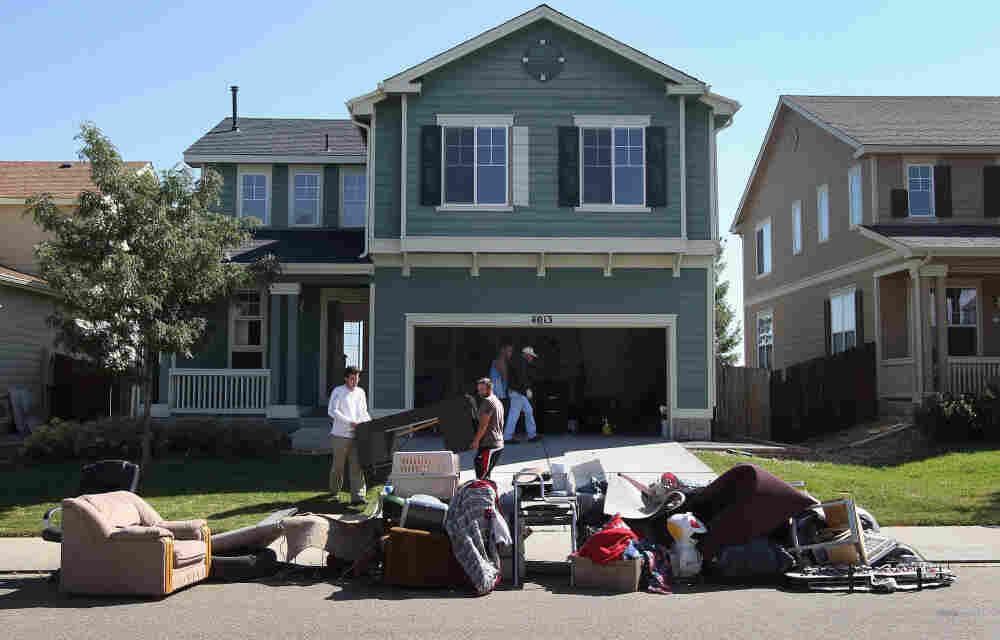 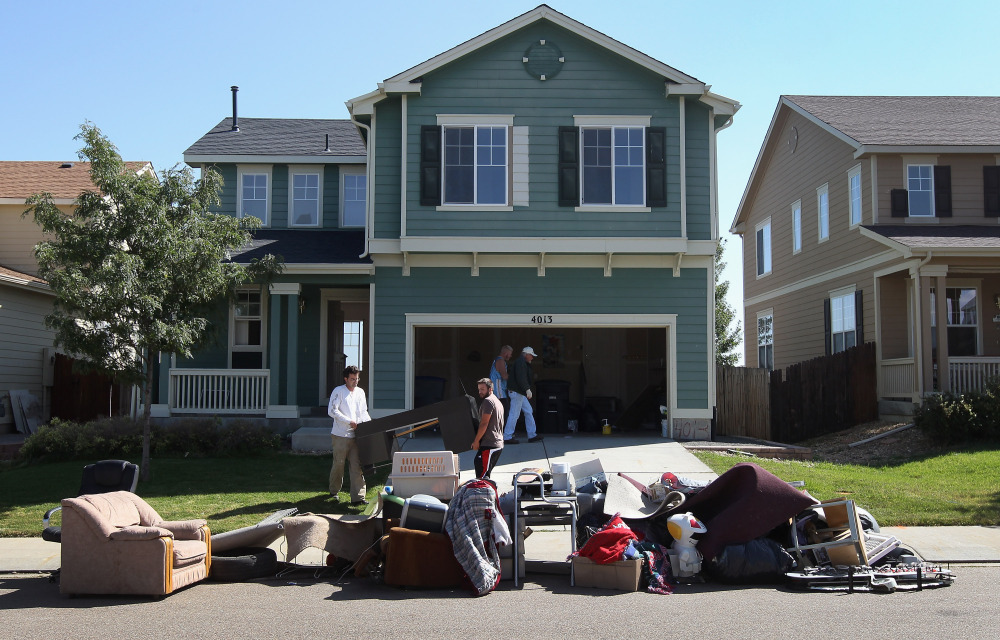 An eviction team removes furniture during a home foreclosure in Longmont, Colorado.

In two reports released today, regulators say the federal mortagage-financing giant Fannie Mae knew as early as 2006 that lawyers were illegally signing foreclosure documents, but it failed to stop the practice.

The Federal Housing Finance Agency's inspector general said in a report Friday that Fannie failed to establish an "acceptable and effective" way to monitor foreclosure proceedings between 2006 and early 2011. Government regulators then failed to ensure it was complying with demands that it clean up its programs.

Mortgage industry employees — including law firms employed by Fannie Mae — signed documents they hadn't read and used fake signatures on foreclosure cases across the country. The practices, known collectively as "robo-signing," resulted in a suspension of foreclosures last fall and a probe by all 50 state attorneys general into how corners were cut to keep pace with the crush of foreclosure paperwork.

In 2005, Fannie hired outside investigators to look into allegations about faulty foreclosure documents. A year later, Fannie received a report from the investigators that found law firms working for Fannie had filed false documents.

Fannie said it was developing a computer system to improve communication and monitor its attorneys but regulators said they found no evidence Fannie had made any improvements in overseeing its attorneys.

"Fannie Mae's failure to implement an effective and acceptable operational risk program may represent a missed opportunity to detect — and possibly to prevent — foreclosure abuses," Steve Linick, inspector general of the agency, said in a statement obtained by The Wall Street Journal.

The Journal says the big picture from the two reports is that Fannie Mae and Freddie Mac, which back the majority of mortgages in the country, don't have enough examiners to institute risk control.

The Wall Street Journal first reported the contents of that 2006 internal review in March. At the time, Fannie told them that it had addressed "the specific issues identified by the 2006 report."

One of the reports, however, found that Fannie did nothing to remedy the situation. The report found that the situation was still not remedied after the government created the Federal Housing Finance Agency, whose job it is to oversee Fannie and Freddy.