Accessibility links
Marathon Record Lowered By 21 Seconds : The Two-Way Kenya's Patrick Makau averaged about 4 minutes, 43 seconds per mile over the 26.2-mile course in Berlin. The previous record holder, Ethiopia's Haile Gebrselassie, had to stop because of exercise-induced asthma. 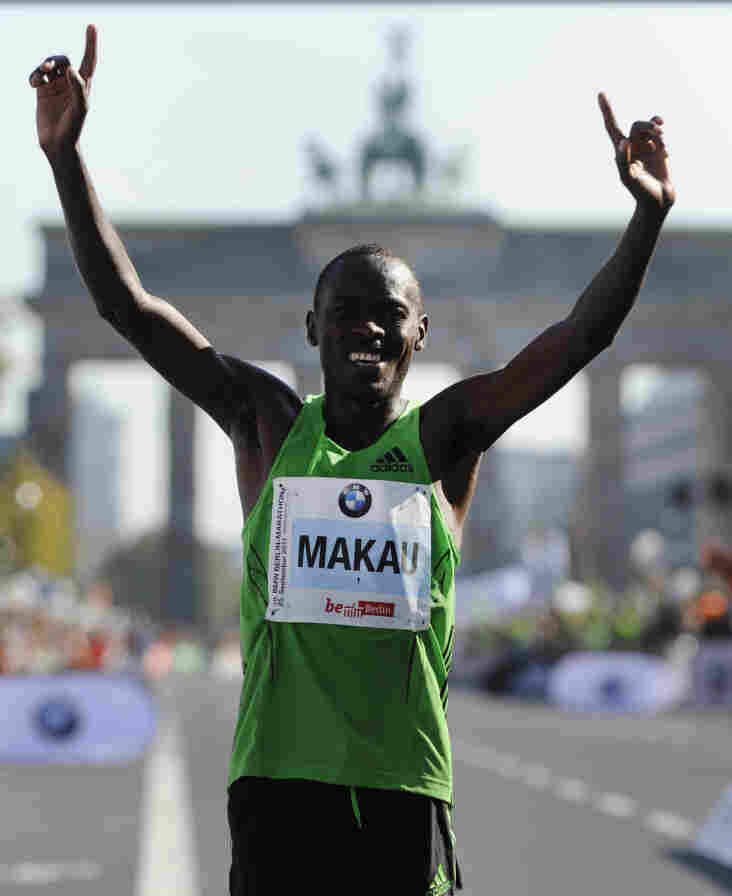 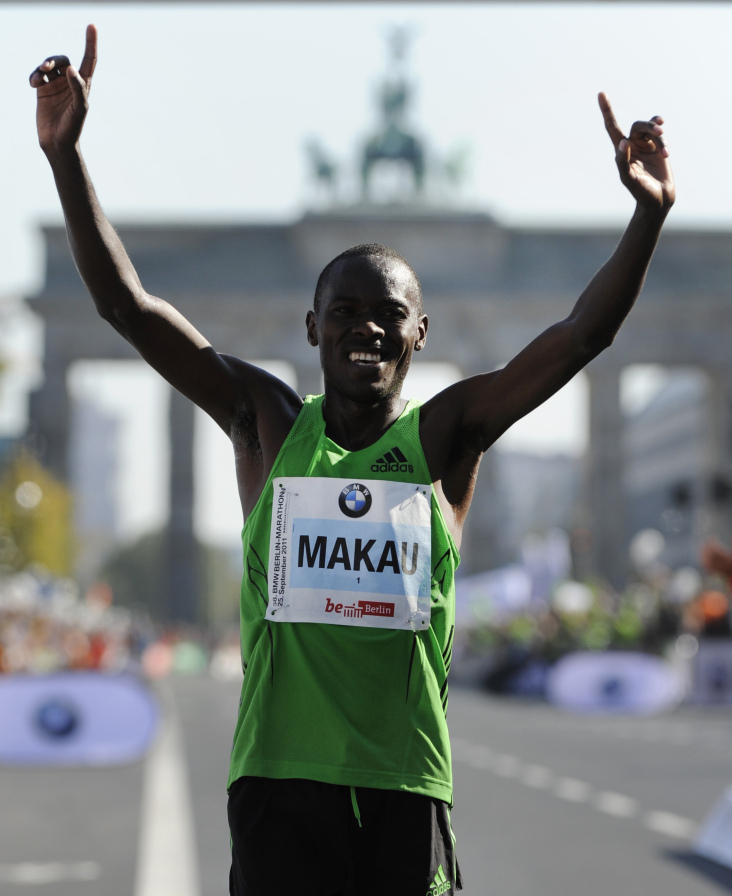 Patrick Makau of Kenya celebrates in front of Berlin's Brandenburg Gate after setting a new world record for the marathon.

Kenya's Patrick Makau ran the Berlin Marathon on Sunday in a new world record time — 2 hours, 3 minutes and 38 seconds. He shaved 21 seconds off the previous record, set by Ethiopia's Haile Gebrselassie on the same course in 2008.

Gebrselassie was among Makau's competitors in Sunday's race. The Ethiopian great did not finish the marathon, though. An asthma sufferer, his lungs tightened up. Afterward, on Twitter, Gebrselassie congratulated the new record holder, saying:

"It is great to see a new generation and I would love to race them for some time."

Makau's per-mile average time, by the way, was about 4 minutes, 43 seconds. Makau, appropriately enough, is 26-years-old.

Earlier this year, the BBC asked experts whether a marathon will ever be run (on an approved course) in less than 2 hours. Gebrselassie was among those who said yes, but that it might take another "20 to 25 years" before that happens. Others, though, say the limit may be around 2 hours, 2 minutes.

One hundred years ago, the record was just under 2 hours 40 minutes.

So here's a question: