Accessibility links
VIDEOS: Atop Washington Monument, Visitors Scrambled During Quake : The Two-Way Surveillance cameras captured the drama as the monument shook — and shook. Debris started to fall as a ranger ushered visitors to the stairs. The monument remains closed. 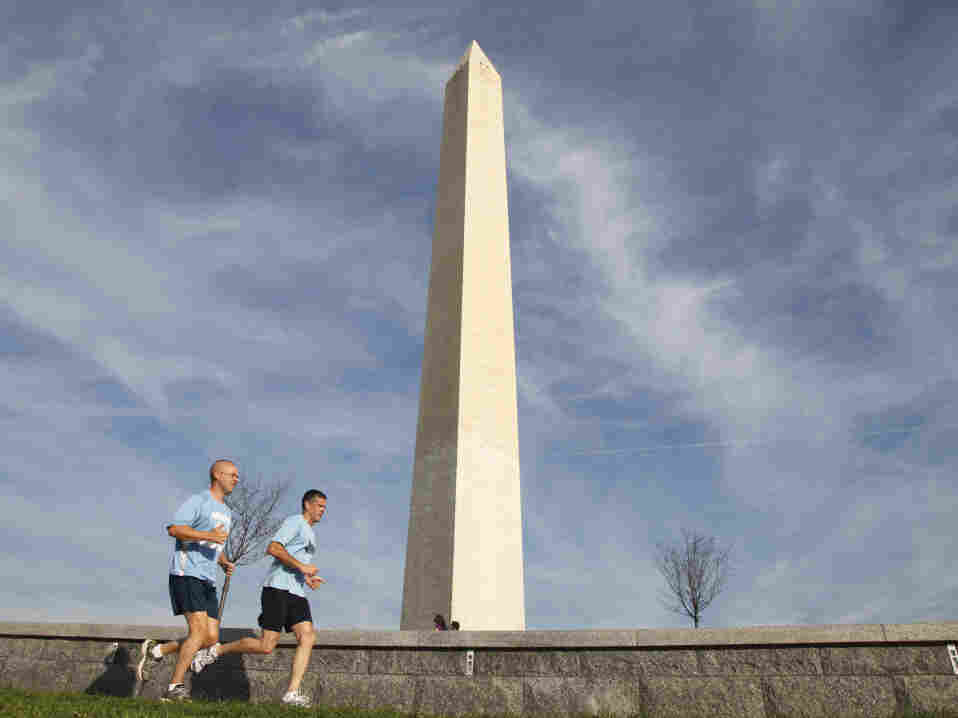 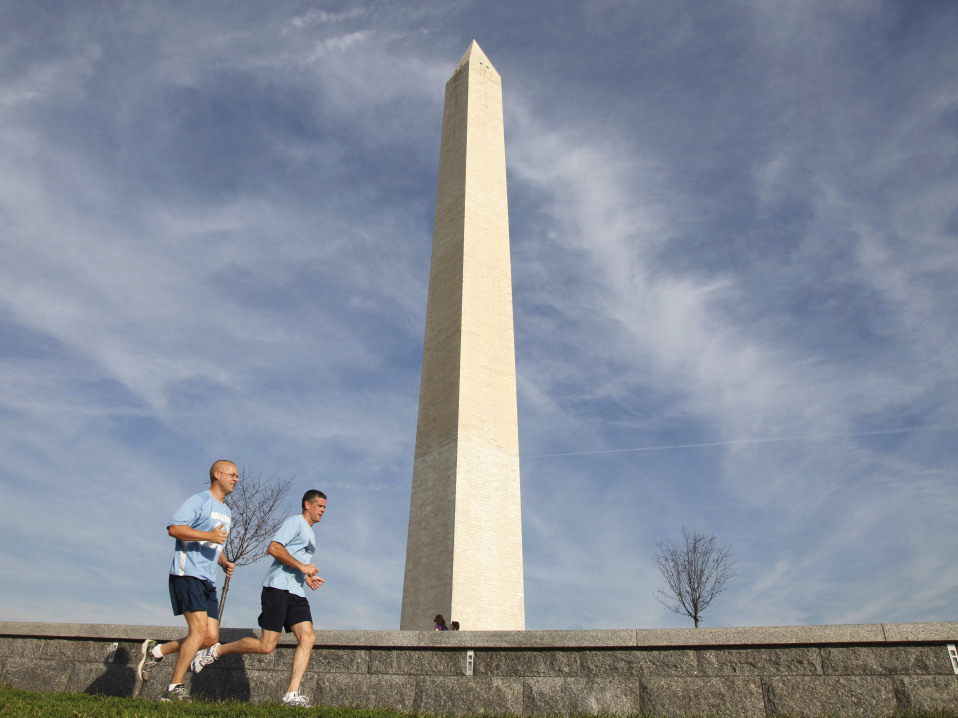 Joggers run past the Washington Monument in Washington, Wednesday, Aug. 24, 2011, which remains closed after Tuesday's earthquake.

(10:10 a.m. ET, Sept. 27: See our updates below for another video taken inside the monument, word about the plan for engineers to rappel down its sides to inspect for damage and news about the "hero" park ranger.)

When a 5.8 magnitude earthquake centered in Virginia shook states from the mid-Atlantic into New England on Aug. 23, one of the places not to be was near the top of the Washington Monument.

Videos posted today by the National Park Service show just how frightening it must have been when the temblor literally rocked the monument.

According to the Park Service, you can see "the ranger at the top following protocol, guiding visitors to the emergency exit door on the 490 [foot] level, which opens inward, and then returning to the 500 [foot] level to ensure that all visitors are out."

The shaking starts around the 1:45 mark.

Meanwhile, as The Washington Post reports, "National Park Service officials said Monday that they are trying to determine how much damage the Washington Monument sustained during last month's earthquake, how much it will cost to repair the obelisk and how much longer it could remain closed. The elevator system was damaged and is operating only to the 250-foot level of the 555-foot monument, the Park Service said, adding that the mechanism is believed to have been damaged by its counterweights during the quake."

CNN and NBC-4 in Washington are webcasting as the work to begin the examination of the monument gets started. At this moment, a man appears to be setting up rigging at the very top of the monument.

CBS News The Early Show spoke with Park Ranger Niki Williams, who can be seen in the video helping visitors get down the stairs, and then going back to make sure everyone was heading down.

"I initially just wanted to run down the stairs by myself and away from everything," she tells CBS. But, "I realized I had to take care of these 20 people. I was responsible for them."

Update at 7:40 a.m. ET, Sept. 27: Another Video And Word That Engineers Will Rappel Down The Monument:

We're adding a second Park Service video from that observation area near the top of the monument. The camera was above a window and you can get another sense of how violent the shaking was.

Meanwhile, there's word that starting today (weather permitting), engineers will be rappelling down the sides of the monument to inspect the damage. According to The Washington Post, it will be a "block-by-block inspection of the exterior" that will take several days. The monument remains closed indefinitely.