Accessibility links
'Surprise And Excitement': Saudi Women React To Voting Rights Decision : The Two-Way In the shadow of the Arab Spring, activists say this move gives them hope for further reform. 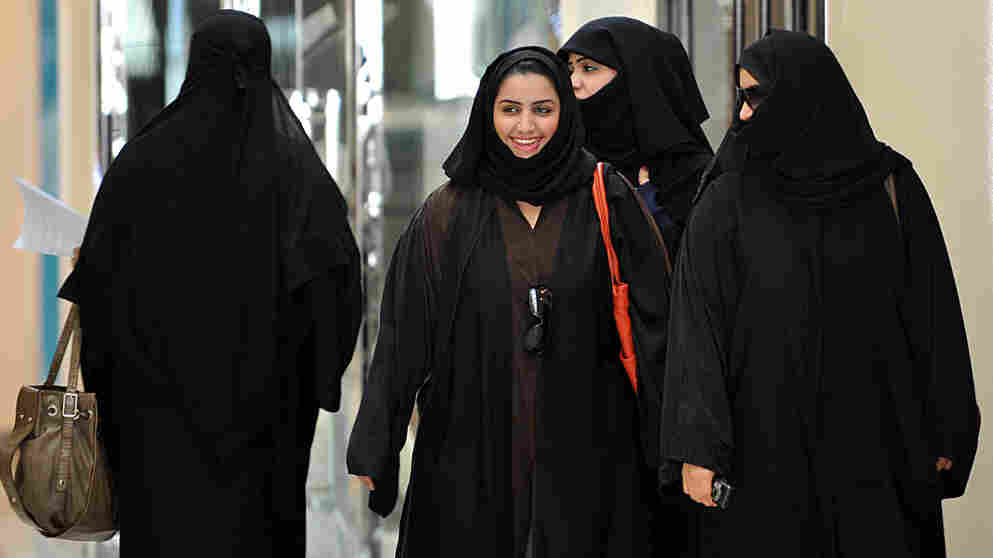 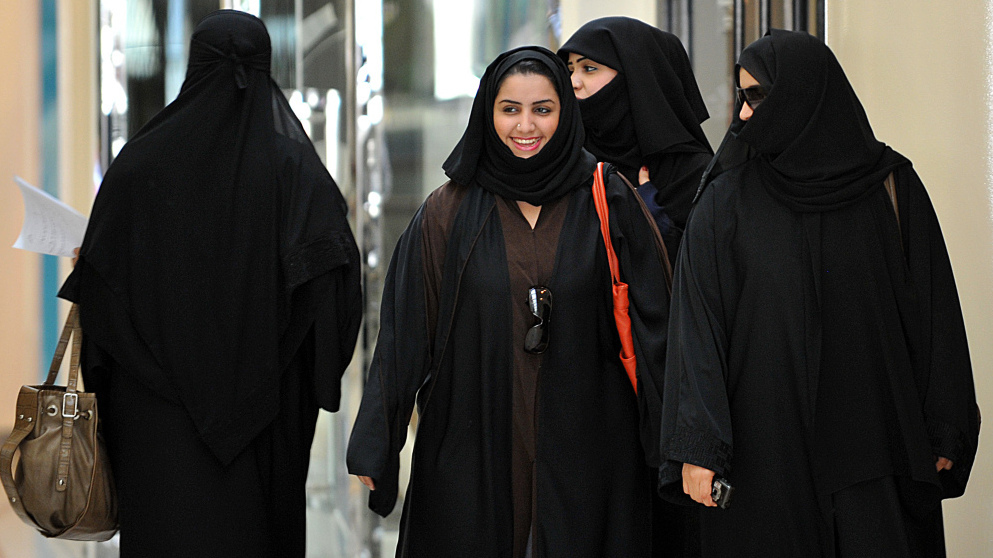 Saudi women walk inside the 'Faysalia' mall in Riyadh , on September 26, 2011, a day after Saudi Arabia's King Abdullah bin Abdulaziz al-Saud granted women the right to vote and run in municipal elections.

Back in June, we talked to women in Saudi Arabia who were defying a nation-wide ban that keeps them from driving. At the time that seemed like a small step needed toward the goal of greater equality for women.

But this past Sunday something surprising happened. King Abdullah addressed the consultative Shoura Council and said women will be allowed for the first time to join the unelected parliament, vote and run for municipal councils. The announcement represents the biggest change for women in the conservative Kingdom since the introduction of girls education in 1960.

Amira Kashghari, professor of linguistics and columnist for Al-Watan daily was one of the women we spoke to back in June. She told us then that she felt the protest was a "historic moment" and that the time was right for women to be allowed to drive. She was expecting the king would free women to drive. That's why, she said, she received the voting rights news with "surprise and excitement."

"This is something we have been dreaming about," she said. "We did not know it would come this way."

"We needed a royal decision," said Hatoon al-Fassi, a history professor at King Saud University in Riyadh, and one of the women who organized a campaign demanding the right to vote in municipal elections. "We don't have a choice, we can't change our reality."

Activist Hala al-Dossari said this sends an important message that the political leadership in the country believes in women's rights. Highlighting the religious approval of the decision, she said, means "you won't see the old arguments against women's participation in public life."

Al-Dossary, like other Saudi women that we spoke to, said the announcement of voting rights was unexpected.

"We expected an announcement about driving, but this gives us hope for higher demands like a constitutional monarchy," she said.

As we reported over the past few months, Saudi women have been pushing to gain the right to drive, but the campaign has slowed down since June when 50 women challenged the ban and drove their cars in different cities around the country.

However, some activists like Mohammed al-Qahtani, who heads a human rights group, say there was probably too much excitement over what he called a "symbolic" announcement that won't be implemented for a few more years.

"At the end of the day, these councils have no mandates, and the ban on driving is still in effect," he said.

Al-Qahtani added that at the height of the Arab Spring, people have high hopes and big aspirations for a serious reform program, and that this announcement by the King was simply "too little, too late."

"The government is misreading the regional situation," he said. "They should have announced a major program then try to implement it slowly."

Al-Fassi said that the Arab Spring reverberations have undoubtedly influenced this decision by the King, but unlike al-Qahtani she prefers to remain positive and optimistic about the future.

"Now we have to make sure that after we have been given this, we should go after the rest of our rights," she said.

Al-Dossari likened the royal decision to be included in the Shoura Council and give them the right to vote to a "window of opportunity" that women should use to assert their role in public life.

The most important lesson to take away from all of this, she said, is that "activism makes a difference." While the push for women to gain driving rights has not given them this right yet, it has resulted in what most observers would consider more important rights, like the right to vote and be appointed to the unelected parliament.

"This shows that if you push hard enough, you will get something," al-Dossari said. "It shows that when you keep pushing, the political will has to respond. Sometimes it won't meet your demands. Sometimes it will exceed them."

Ahmed Al Omran is an intern with NPR's social media desk. He's blogged from Saudi Arabia since 2004, until he came stateside to attend Columbia University's Graduate School of Journalism.