Accessibility links
Rappelling Work Begins At Washington Monument : The Two-Way Work has begun to have engineers examine, up close, the sides of the Washington Monument to inspect for damage from the Aug. 23 earthquake that shook much of the eastern U.S. There's live video. 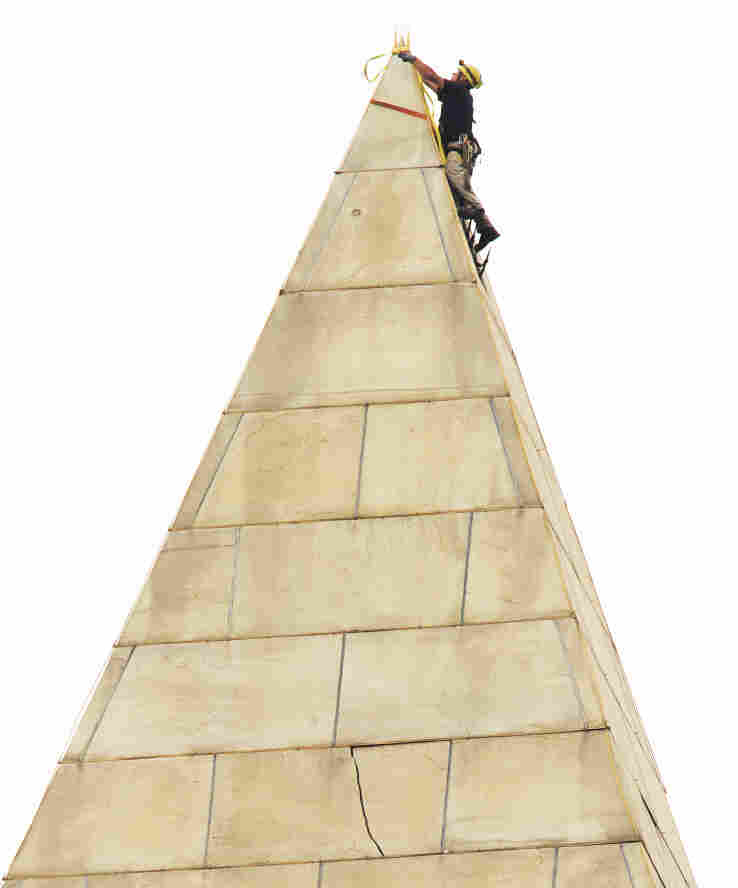 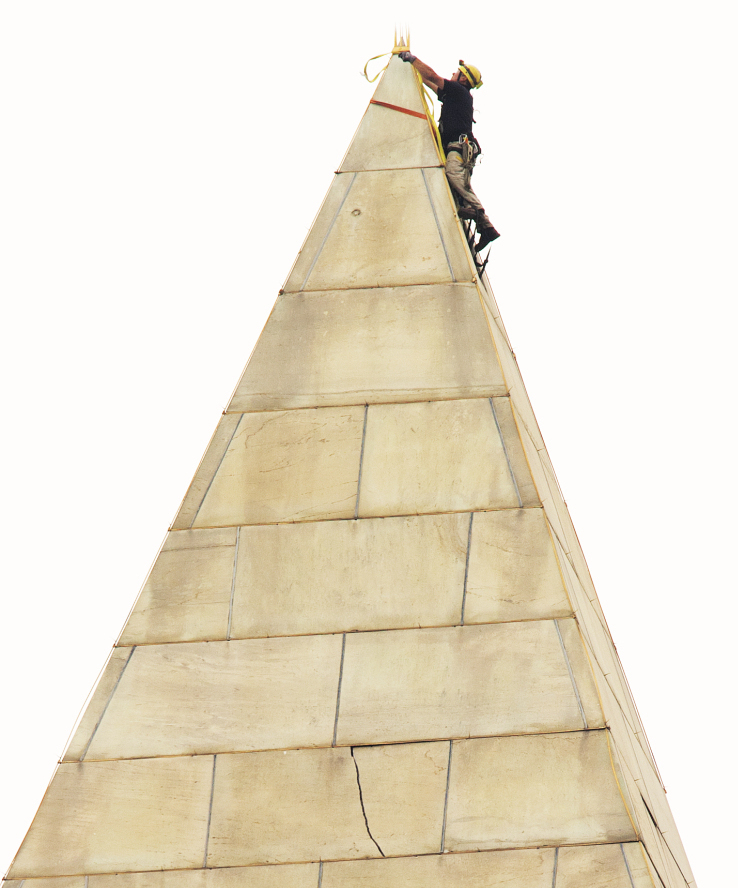 At 555 feet above Washington, the work begins.

There's live video now from CNN and Washington's NBC-4 as work begins to have engineers rappel down the sides of the Washington Monument to inspect for damage from the Aug. 23 earthquake that shook much of the eastern U.S.

As we reported earlier, the monument suffered considerable damage — and scared the wits out of the vistors and staff who were inside — when the 5.8 magnitude temblor struck. You can see videos of the dramatic moments inside the observation area at the top of the monument here.

It's expected to take several days for engineers to complete the inspection. Bad weather may interfere: Rain and possibly thunderstorms are in the forecasts through Thursday.

Update at 4 p.m. ET: Storm clouds are rolling into Washington, and the engineers have gone in for the day, CNN reports. Meanwhile, our colleague Scott Neuman profiles the "Difficult Access Team" that's doing the work.

Update at 1:20 p.m. ET. WUSA-9 has turned off its live feed. We're replacing it with this report from Washington's WJLA-7.