Accessibility links
Suspected U.S. Hijacker Nabbed In Portugal After 41 Years On The Run : The Two-Way American George Wright is in custody in Portugal; he's a convicted murderer and accused international hijacker who disappeared in the early '70s.

Suspected U.S. Hijacker Nabbed In Portugal After 41 Years On The Run

Suspected U.S. Hijacker Nabbed In Portugal After 41 Years On The Run 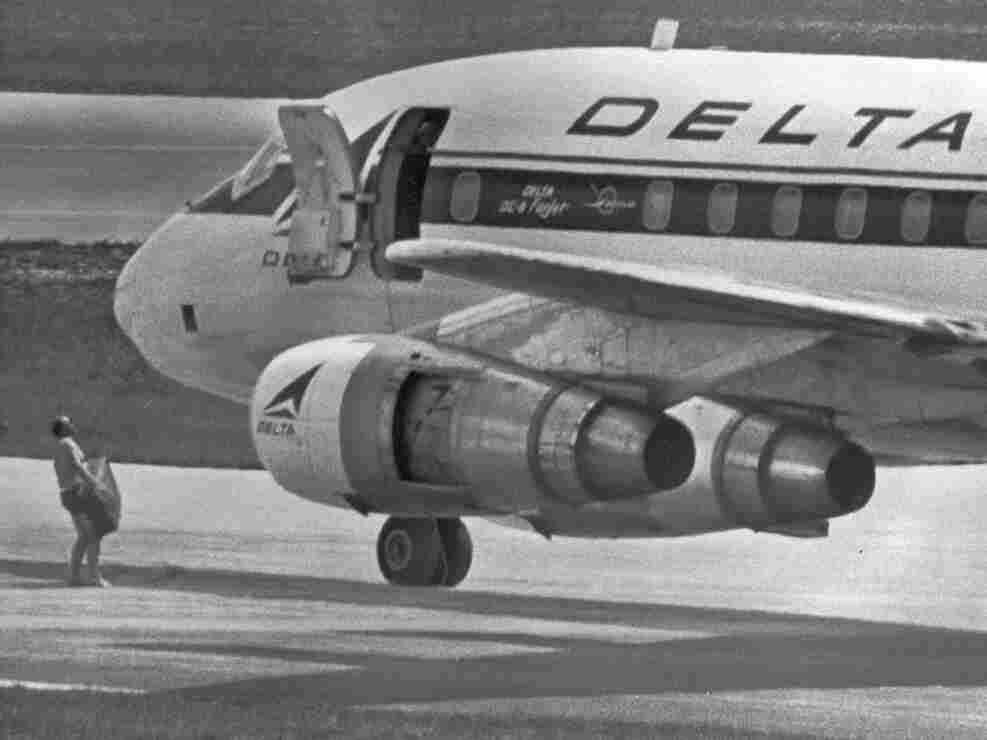 July 1972: an FBI agent, wearing only a pair of swim trunks, per the hijackers' instructions, carries a case containing a $1 million ransom to the opened door of a hijacked Delta DC8 jet in Miami. The jet later took off for Algeria. George Wright, a convicted killer and 1970s militant, was among the hijackers. James Kerlin/AP hide caption 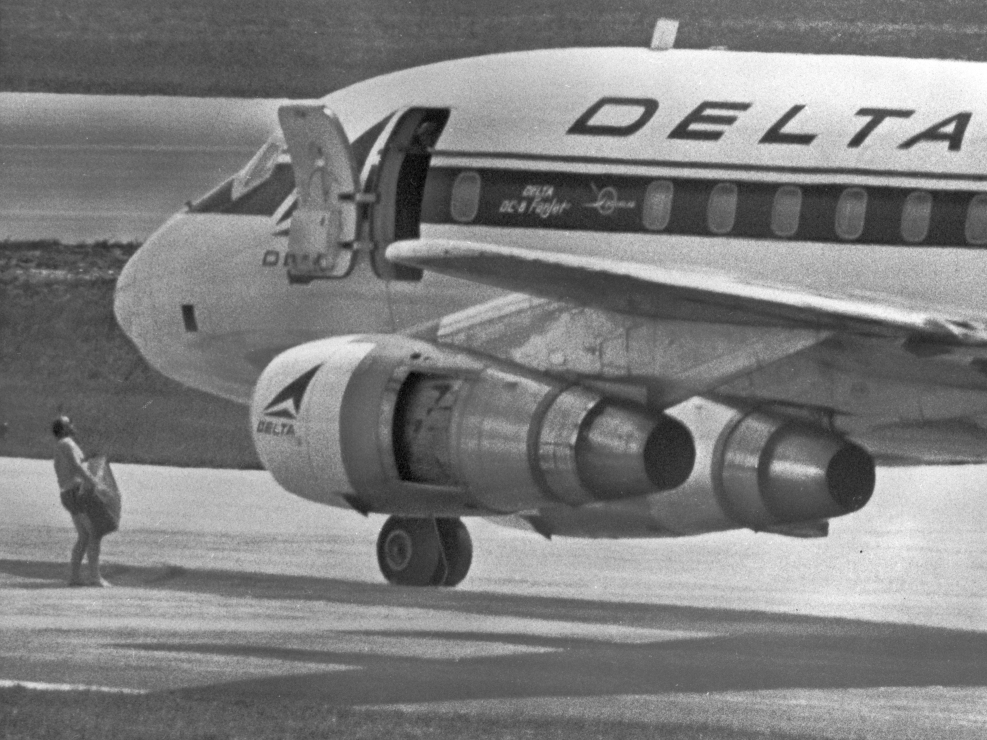 July 1972: an FBI agent, wearing only a pair of swim trunks, per the hijackers' instructions, carries a case containing a $1 million ransom to the opened door of a hijacked Delta DC8 jet in Miami. The jet later took off for Algeria. George Wright, a convicted killer and 1970s militant, was among the hijackers.

There's an astounding story this week about a man who's been able to evade authorities for more than 40 years despite his escape from prison and later role in a stunning international plane hijacking.

American George Wright is now in Portuguese custody after U.S. authorities traced the convicted murderer and alleged hijacker to a town just west of Lisbon. 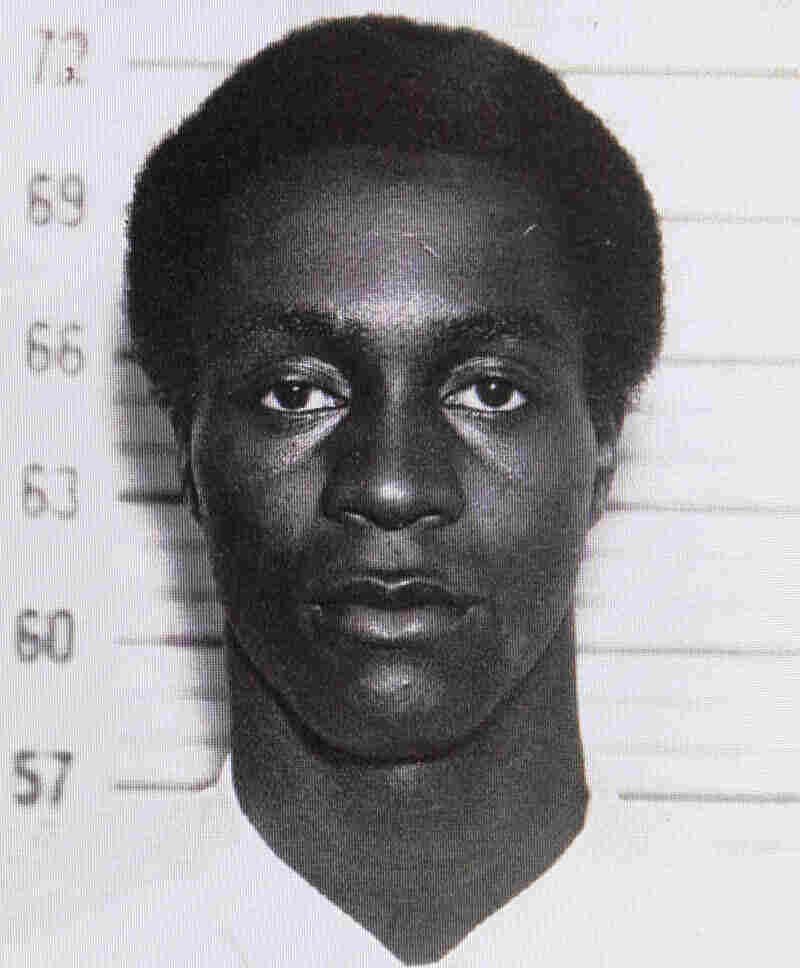 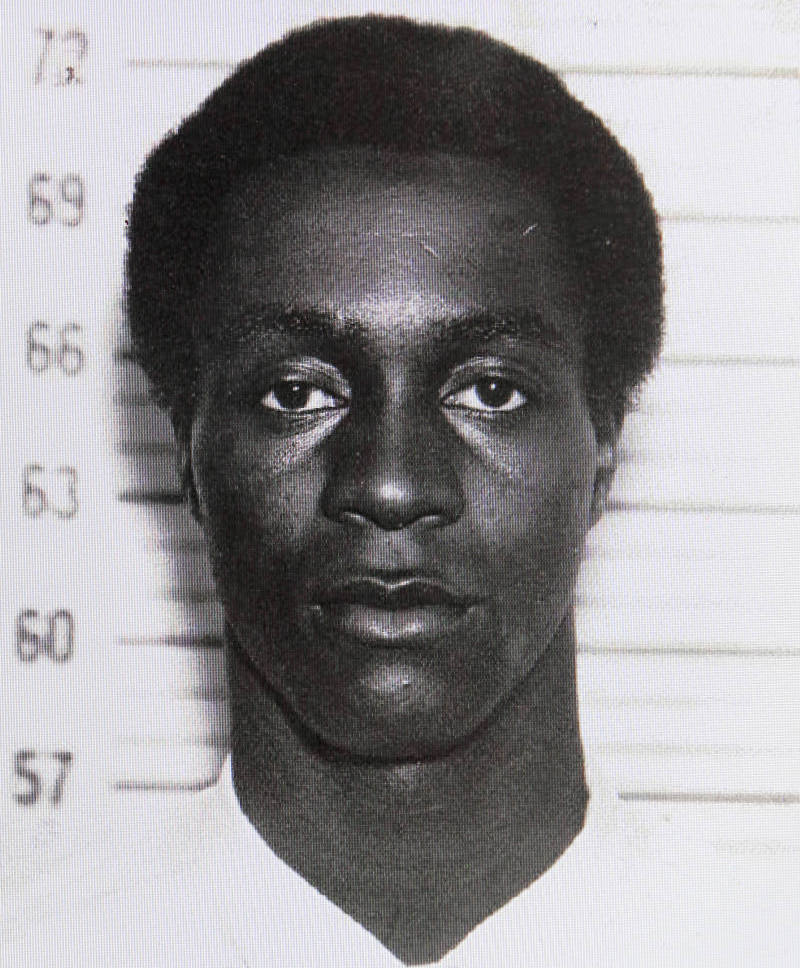 George Wright in a February, 1963, arrest photo provided by the New Jersey Department of Corrections.

Wright, who's 68, was last seen in 1972; that's when he and four other adults (with three children in tow) hijacked a domestic U.S. plane and forced it to fly to Algeria. He vanished after that, according to the AP's astonishing report on Wright's brazen crimes.

Wright first became notorious in 1962 for his part in the slaying of New Jersey gas station owner Walter Patterson. The Asbury Park Press says Wright and three other people shot and killed Patterson as they robbed his Esso station in Wall. The group escaped with about $70 and they were caught two days later. Wright received a prison term from 15 to 30 years.

In 1970, he and two accomplices escaped from their prison in Leesburg, N.J., boldly stealing the warden's car to get away, according to MSNBC. Wright ended up in Detroit and joined the Black Liberation Army; he apparently was able to work part-time as a model by using an alias.

Authorities saw him next disguised as a priest; on July 31, 1972, Wright and four members of the BLA commandeered a Delta flight en route from Detroit to Miami. As CNN notes, the group held 88 people hostage on the Miami tarmac until federal agents brought out a one million dollar ransom. The agents were forced to wear bathing suits as they delivered the cash because the hijackers were wary of guns.

The passengers were released and the pilots flew Wright and the other hijackers on to Boston, where an international navigator (who also had to wear swimming trunks) boarded the plane. Then they traveled to Algeria.

Wright and the other hijackers sought political asylum, which Algerian leaders never granted them, according to AP. They were greeted by fellow American and Black Panther Party leader Eldridge Cleaver, who was living in exile in Algiers. His support apparently didn't help; the Algerian government eventually returned the stolen Delta plane and the cash to American authorities, while Wright's fellow hijackers later traveled on to France.

It's unclear if Wright went with them; he escaped arrest while the other four adults were finally caught, put on trial for the hijacking and convicted by French authorities. It's also unclear how he managed to get to Portugal, but the AP reports he held a fake Portuguese identity card. He's held a variety of odd jobs, has a Portuguese wife and two adult children.

He was tripped up when agents from the New York-New Jersey Fugitive Task Force took a fresh look at the case, re-interviewing witnesses and examining old evidence. A spokesman says agents had a list of places they wanted to see, including an address in Portugal that turned out to be Wright's home.

Although the address was "nothing special" at first, officials found more tantalizing information with the help of Portuguese authorities, including a photo match from a Portuguese national identity database. Portuguese police officers arrested Wright this week. He's being held without bail.

Ann Patterson of New Jersey, the daughter of slain gas station owner Walter Patterson, wants Wright returned to the U.S. to finish his original prison term. She told the Asbury Park Press, "I think he should come back here and serve it. Even if he is remorseful, he needs to come back and serve the punishment for what he did."

The U.S. Justice Department will seek to extradite Wright so that he can be returned to the U.S. to finish his prison sentence for the 1962 murder, the Associated Press says. According to CNN, "Wright is fighting extradition."