Accessibility links
Study: Education About Civil Rights Movement Is 'Dismal' In U.S. Schools : The Two-Way The Southern Poverty Law Center found that the movement is viewed as a regional issue and the farther away you move from the American South, the less importance the issue is given. 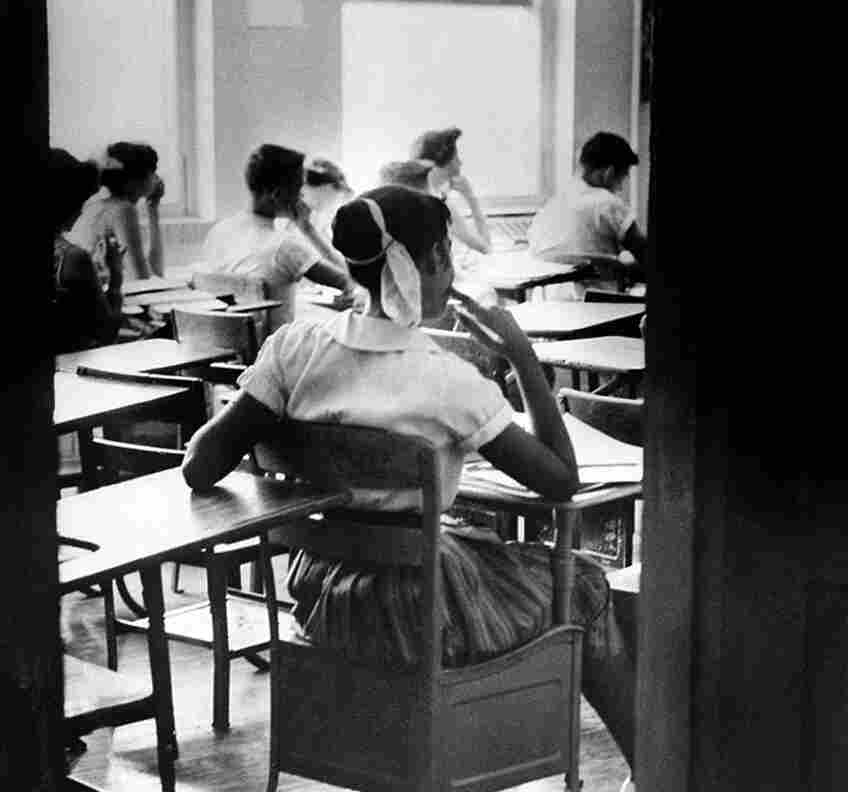 An unidentified African American student sits inside a classroom at Clinton High School, which was newly integrated when this photo was taken on Aug. 31, 1956. She sits in a rear seat near the door and is separated by empty desks as the white children sit at the far side of the room. AP hide caption 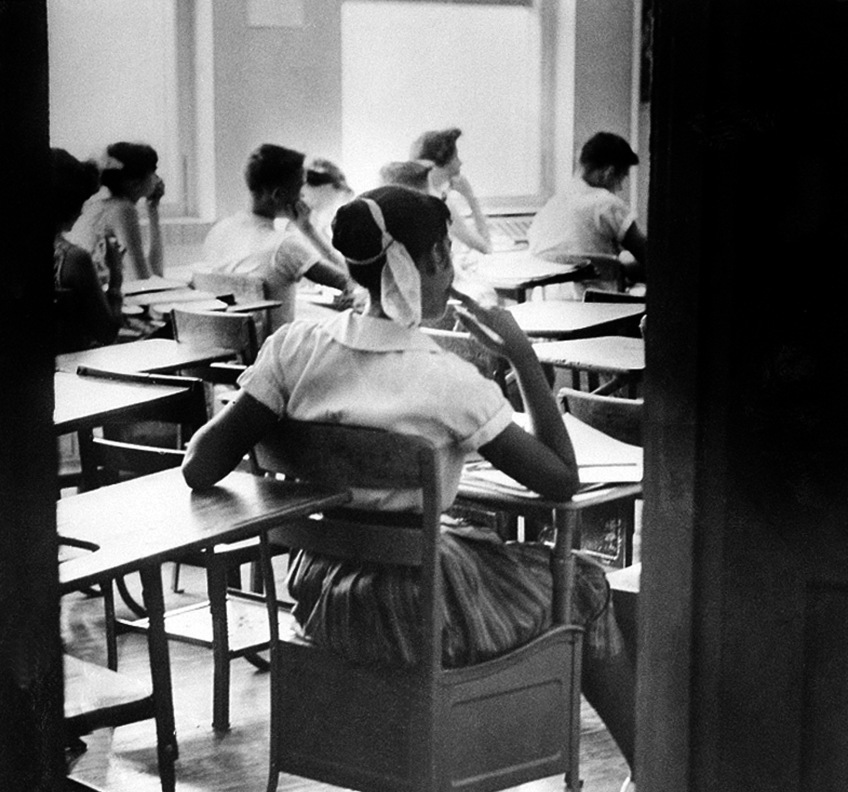 An unidentified African American student sits inside a classroom at Clinton High School, which was newly integrated when this photo was taken on Aug. 31, 1956. She sits in a rear seat near the door and is separated by empty desks as the white children sit at the far side of the room.

The Southern Poverty Law Center has some tough words for school districts across the country. A new study found that education about the Civil Rights Movement is "dismal" across the United States.

The study assigned 35 states a grade of "F". Only three states — Alabama, New York and Florida — received an "A".

Here's how the study's authors sum it up:

Rather than recognizing the profound national significance of the civil rights movement, most states mistakenly see it as a regional matter, or a topic of interest mainly for black students. Nine of the 12 highest-scoring states are from the former Confederacy. They are joined by the states of Illinois, Maryland, and New York. Generally speaking, the farther away from the South — and the smaller the African-American population — the less attention is paid to the civil rights movement.

Imagine if children in Texas, California and Minnesota were exempted from lessons on the American Revolution — or if students in Alaska, Hawaii and Montana got a pass on the Civil War. We all recognize that the American Revolution and the Civil War are critical events in our growth as a nation, important for all students to study. It is time to recognize that the civil rights movement, too, is one of those critical events that defines us as a nation. It is a recent and important reminder of how individual self-governing Americans can act collectively to correct grave injustice.

The report does give an example of just how little students learn about the Civil Rights Movement. A 2010 National Assessment of Educational Progress U.S. History Exam asked one question about Brown V. Board of Education of Topeka, Kansas. Students weren't expected to know it was a Supreme Court case. All they had to know about it was that it was a decision "prompted by the existence of segregation, and that the segregation applied to schools."

Only two percent of the 12,000 high school seniors who took the exam answered the question correctly. "Fully 73 percent either supplied an answer deemed 'inappropriate' (by parroting phrases from the question or providing irrelevant information) or simply skipped the question altogether," the study found.

"For too many students, their civil rights education boils down to two people and four words: Rosa Parks, Dr. King and 'I have a dream,'" Maureen Costello, SPLC's Teaching Tolerance director said in a statement. "When 43 states adopted Common Core Standards in English and math, they affirmed that rigorous standards were necessary for achievement. By having weak or non-existent standards for history, particularly for the civil rights movement, they are saying loud and clear that it isn't something students need to learn."