Accessibility links
Baseball Stunners: Red Sox, Braves Suffer 'Big, Historic' Collapses : The Two-Way Until Wednesday night, no Major League Baseball team that had an 8-game lead for a playoff spot in early September had failed to qualify for post-season play. The Red Sox and Braves both managed to get into the record books for doing just that. 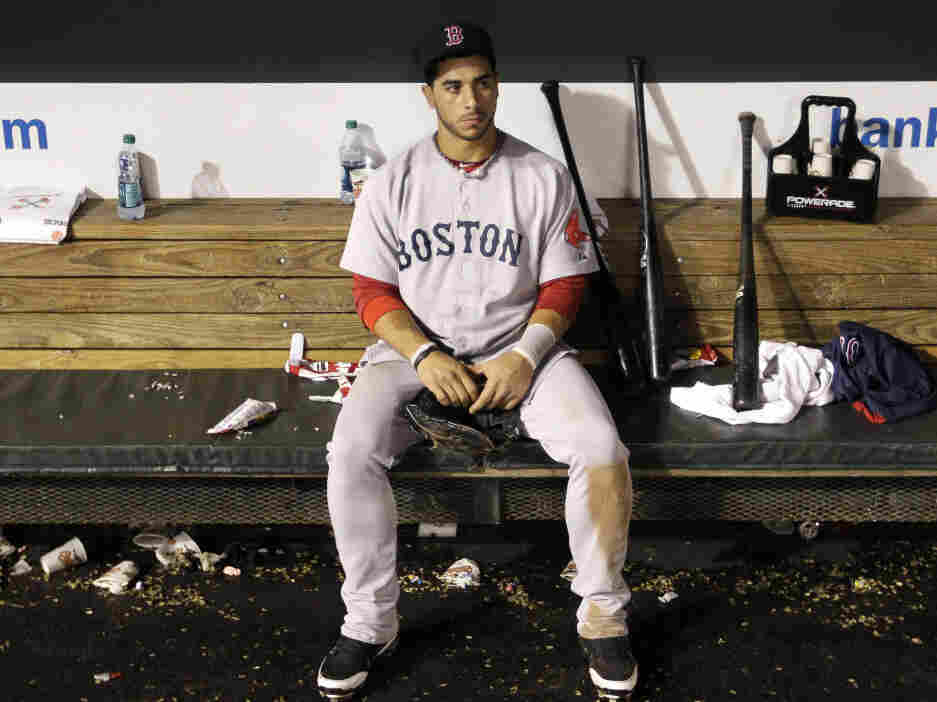 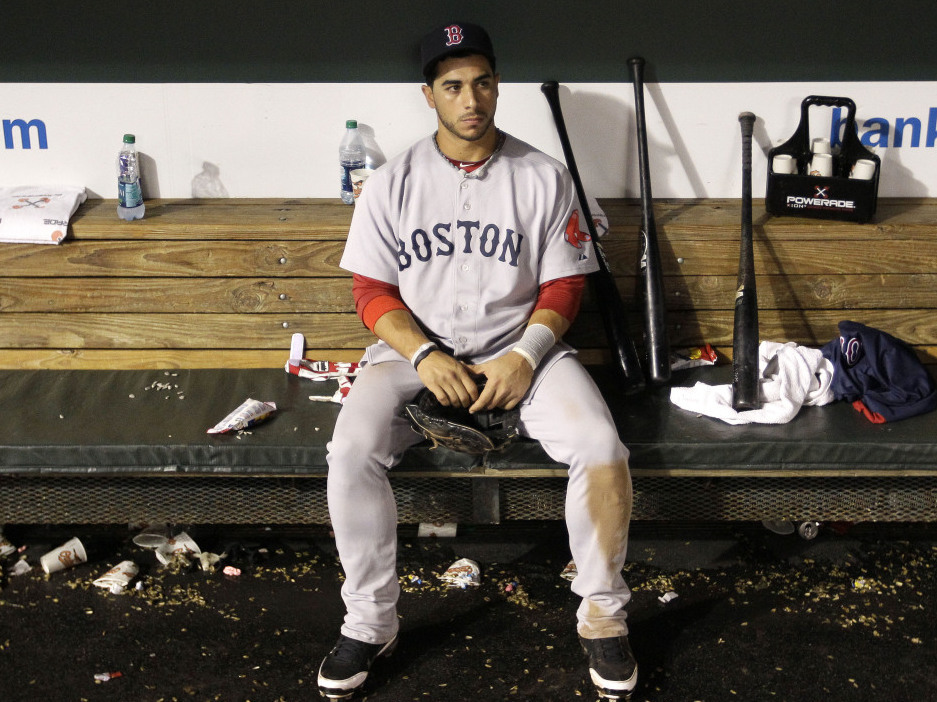 The agony: Boston Red Sox third baseman Mike Aviles sits in the dugout after his team's 4-3 loss to the Baltimore Orioles Wednesday (Sept. 28, 2011).

This might be the morning to go easy on your friends who are fans of the Red Sox or Braves (unless you think it's pay-back time for abuse they've given you in the past).

Until Wednesday night, no Major League Baseball team that had an 8-game lead for a playoff spot in early September had failed to qualify for post-season play, NPR's Tom Goldman says.

Last night, those two teams managed to get into the record books for doing just that.

The American League's Boston Red Sox, a team that had a 9-game lead for a wild-card spot early this month, lost to the Baltimore Orioles 4-3. And because the Tampa Bay Rays beat the New York Yankees 8-7 in 12 innings, it's the Rays who go to the post-season, not the Sox.

Meanwhile, in the National League the Atlanta Braves completed their own melt-down. The Braves lost 4-3 to the Philadelphia Phillies. And because the St. Louis Cardinals beat Houston 8-0, it's the Cardinals — not the Braves — who will be the wild-card team. Earlier this month, the Braves had an 8 1/2 game lead for the wild-card spot.

The Sox and Braves both collapsed "in a big, historic way," Tom told NPR's David Greene today on Morning Edition.

This morning's newspapers reflect the pain and triumph being felt in the teams' cities:

As we say, it might be the day to go easy on those who love the Sox and Braves. And to fans of the Cardinals and Rays: good luck.