Accessibility links
New York Unions Vow To Support Wall Street Protesters : The Two-Way The rag-tag group of youths protesting against Wall Street have been dismissed by some as disorganized. But, now, organized labor is joining their cause. 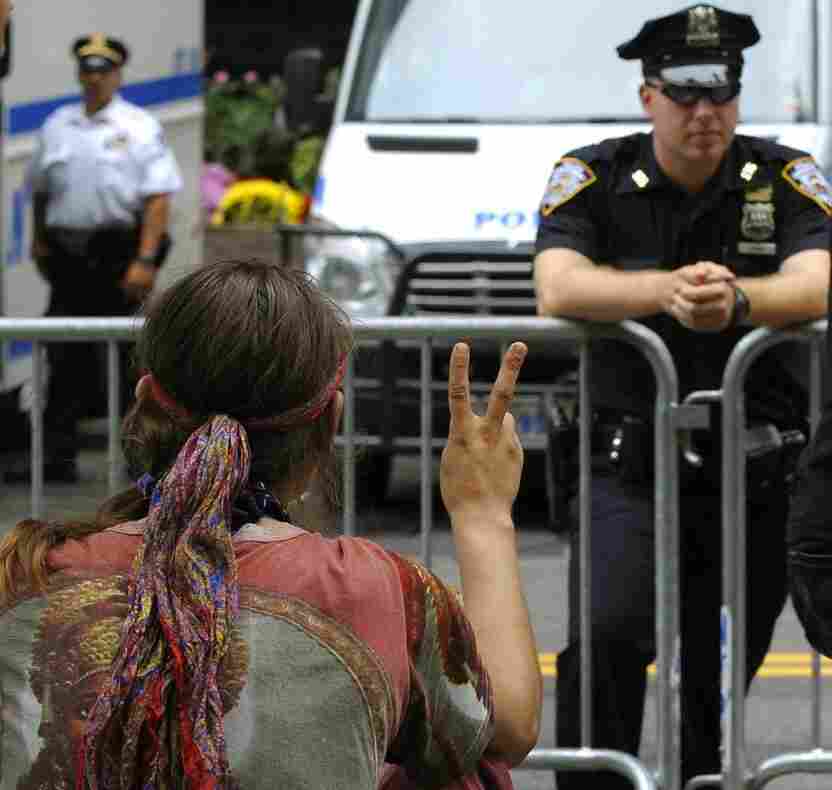 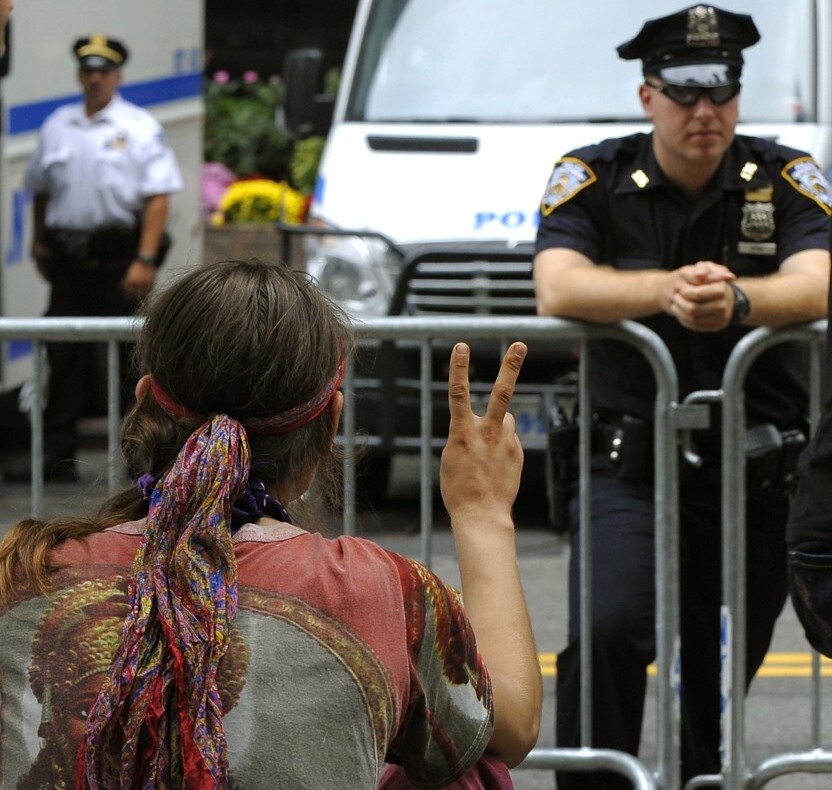 Demonstrators with "Occupy Wall Street" occupy Zuccotti Park in New York. The encampment in the financial district of New York City is now on Day 13.

The group of young people who have set up camp in lower Manhattan in order to protest what they say is the corruption of Wall Street have been dismissed by some as being a disorganized movement with no real focus.

New York Magazine reports that next week, the professionals have vowed to help "Occupy Wall Street" put some people on the street:

Next week, the site will welcome members of New York's organized labor coalitions including the United Federation of Teachers, 32BJ SEIU, 1199 SEIU, Workers United, and Transport Workers Union Local 100, which voted unanimously last night to support the occupation. Other groups standing in solidarity include the Working Families party, the Coalition for the Homeless, and MoveOn.org.

If you don't remember, the protesters in New York have taken inspiration from the protests in North Africa and the Middle East that make up the Arab Spring. They're camping out at Zucotti Park and, again in the spirit of the Arab Spring, "renamed it" Liberty Plaza.

Crain's New York Business has some analysis of what support from labor means:

Despite the common cause, the city's established left did not initially embrace the protest, which began Sept. 17 and has been made up mostly of young people angry about the widening income chasm in the country, the growing influence of money on politics and police brutality, among other issues.

But as the action nears the start of its third week, unions and community groups are eager to jump on board. They are motivated perhaps by a sense of solidarity and a desire to tap into its growing success, but undoubtedly by something else too—embarrassment that a group of young people using Twitter and Facebook have been able to draw attention to progressive causes in a way they haven't been able to in years.

The protestors have transformed the park into a village of sorts, complete with a community kitchen, a library, a concert stage, an arts and crafts center and a media hub. All of that has enabled them not just to sustain the action but to build momentum. And as celebrities like Michael Moore, Susan Sarandon, Russell Simmons and Cornel West have joined in, the city's traditional activists have been forced to jump into the fray. "It's become too big to ignore," said one political consultant.

That's also what the Village Voice heard from a TWU spokesman, who said the board voted unanimously to support the movement.

"Well, actually, the protesters, it's pretty courageous what they're doing," Jim Gannon told the alternatively weekly. "And it's brought a new public focus in a different way to what we've been saying along. While Wall Street and the banks and the corporations are the ones that caused the mess that's flowed down into the states and cities, it seems there's no shared sacrifice. It's the workers having to sacrifice while the wealthy get away scot-free. It's kind of a natural alliance with the young people and the students — they're voicing our message, why not join them?"