Accessibility links
Messenger Reveals Mercury Is Not What Scientists Theorized : The Two-Way New observations from the spacecraft Mercury reveal the planet did not form the way scientists thought it had. 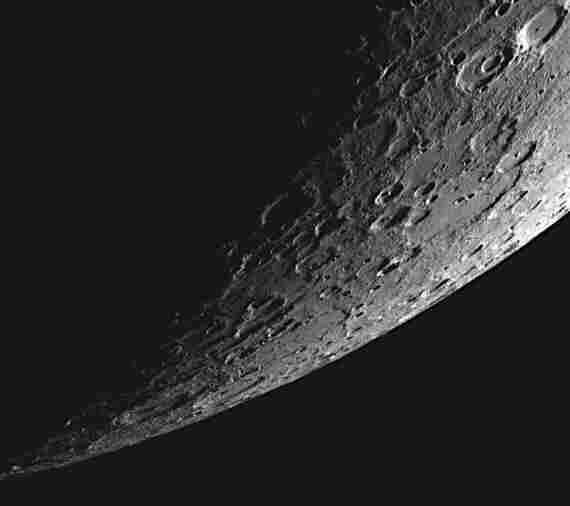 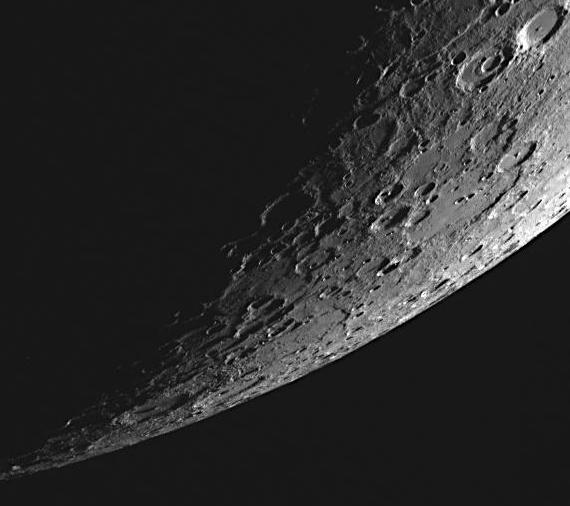 Scientists theorized that was because Mercury is so close to the sun that its rocky surface simply melted away.

A new study, which was released along with a series of other papers about Mercury in this week's issue of Science, disputes those theories.

"Theorists need to go back to the drawing board on Mercury's formation," said Larry Nittler, one of the paper's lead authors and a scientist at The Carnegie Institution for Science. "Most previous ideas about Mercury's chemistry are inconsistent with what we have actually measured on the planet's surface."

The papers also report on three other fascinating features of the planet:

-- Messenger looked at a "volcanic plain" that surrounds the north polar region the planet. Here's how the BBC describes what it found:

Before Messenger got into orbit, there had been only brief glimpses of the region which covers more than 6% of the planet's surface.

Now, high-resolution mapping has identified buried "ghost" craters that were overwhelmed by the floods of molten rock welling up from inside Mercury.

"Taking the 6% area of Mercury covered by these northern high latitude smooth plains, and an estimated average depth of one kilometre, gives us a volume of almost 5 million cubic kilometres of lava for these deposits," said James Head, from Brown University.

-- Scientists found a new kind of landform, a kind of crater that has a blue hue and is still a mystery. Here's how Carnegie's press release describes it:

The bright areas are composed of small, shallow, irregularly shaped depressions that are often found in clusters said David T. Blewett, a planetary scientist at the Johns Hopkins University Applied Physics Laboratory (APL) and lead author of one of the Science reports. "The science team adopted the term 'hollows' for these features to distinguish them from other types of pits that are found on Mercury."

Hollows have been found over a wide range of latitudes and longitudes, suggesting that they are fairly common across Mercury. Many of the depressions have bright interiors and halos, and Blewett says the ones detected so far have a fresh appearance and have not accumulated small impact craters, indicating that they are relatively young.

-- Scientists also report that Mercury has an odd magnetic field. Here's how the Los Angeles Times explains that:

Researchers also discovered that the planet's magnetic field is shifted about 300 miles north from the equator. This could mean there are strange, lopsided internal dynamics occurring in the churning liquid metal in the core.

"There's something very intriguing going on with that that we don't understand yet," said study lead author Brian Anderson, a space physicist at Johns Hopkins University Applied Physics Laboratory.