Accessibility links
'Occupy Wall Street' Spreads : The Two-Way A major march is planned for Wednesday in Manhattan. Meanwhile, similar demonstrations are being held in other cities. And a journalist describes what it was like to be among the 700 arrested on Saturday. 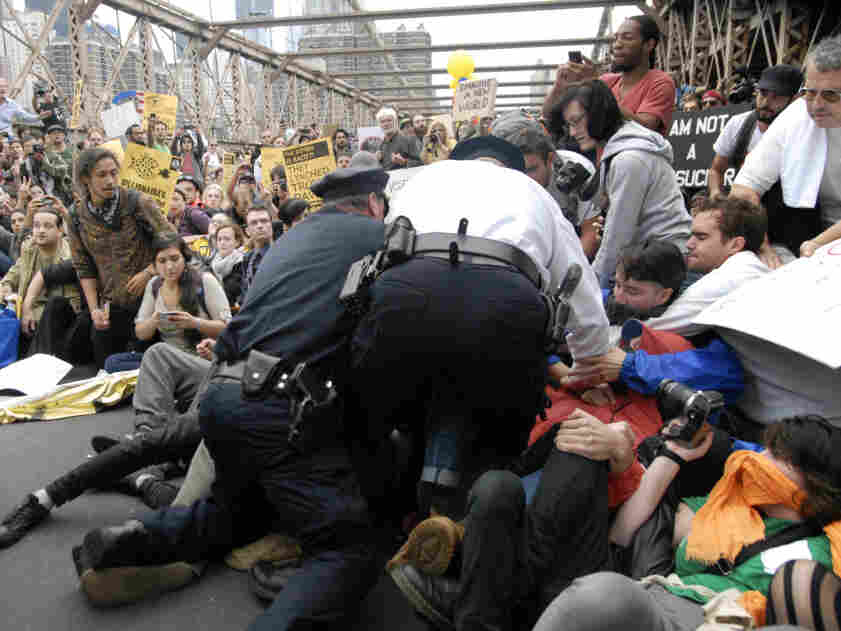 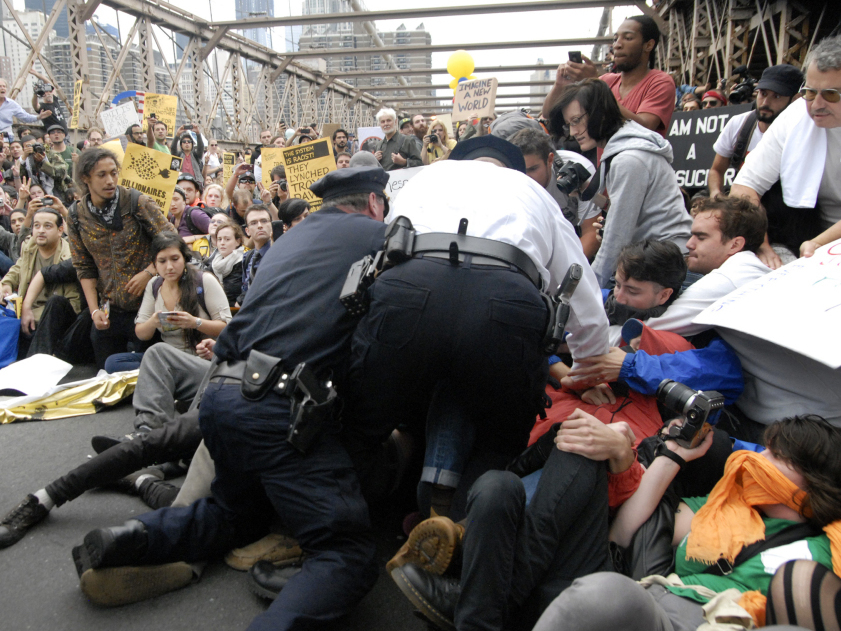 The "Occupy Wall Street" protests "appears to be settling in for the long term," NPR's Jeff Brady reports.

And as Jeff said on Weekend Edition Sunday:

"Anywhere from hundreds to thousands of supporters are showing up for marches each day. A protest on the Brooklyn Bridge Saturday resulted in about 700 arrests. Another major demonstration is set for mid-week as union members join protesters.

"Pick just about any cause, including the execution of Troy Davis in Georgia in September, and it's likely represented here. The primary focus is on corporations, the wealthy and income distribution."

Meanwhile, the movement has "spread to other cities including Boston, Chicago and Los Angeles," Morning Edition reported today.

The mass arrests on Saturday attracted considerable attention, as you might expect. Natasha Lennard, a freelance journalist who was on the scene reporting for The New York Times, was among those picked up and taken away by police.

Last night, she blogged about the experience. She offers this observation about one of the key questions being asked about the arrests:

"The Internet was filled with pointed suggestions that officers from the New York Police Department led protesters onto the road as a trap to perform mass arrests; indeed, some video footage seems to show officers leading protesters onto the 'illegal' section of the bridge. From what I saw, however, a couple of dozen marchers made the decision to move off the sidewalk into the road at the bridge's entrance to chants of 'off the sidewalks, into the streets.' "