Accessibility links
As Amanda Knox Heads Home, Murdered Girl's Family Seeks Answers : The Two-Way Meredith Kercher's brother says her family feels as if it's now "back to square one." Knox is expected to be home in Seattle later today. 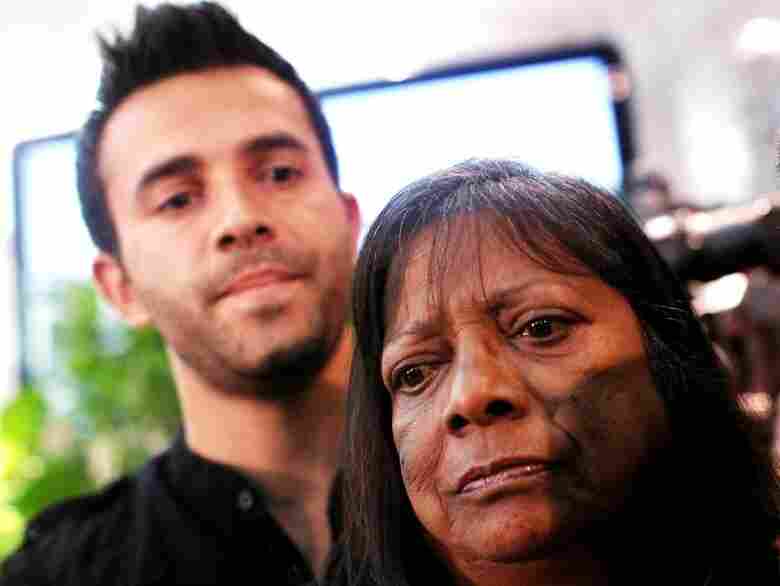 Arline Kercher and Lyle Kercher, the mother and brother of murder victim Meredith Kercher, on Monday in Perugia, Italy. 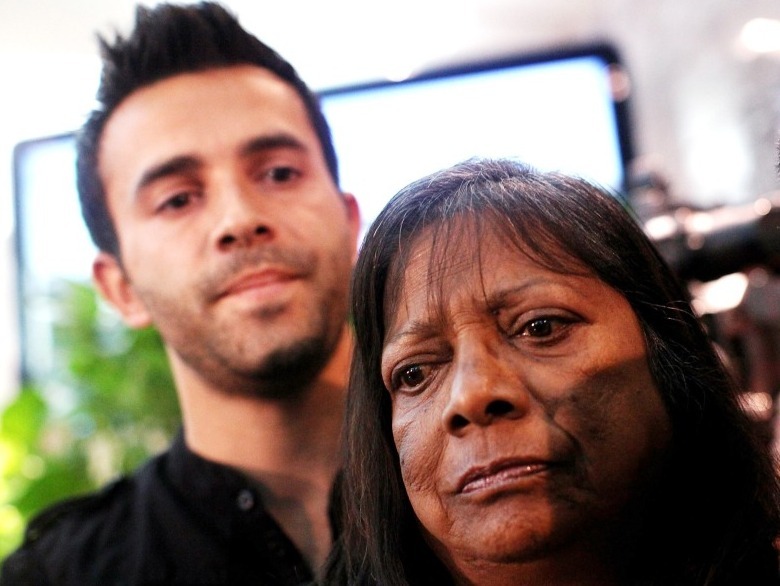 Arline Kercher and Lyle Kercher, the mother and brother of murder victim Meredith Kercher, on Monday in Perugia, Italy.

Her murder conviction overturned by an Italian appeals court, American Amanda Knox has left Italy and is making her way home to Seattle, The Associated Press reports.

"The search will go on to find out what really happened on the night U.K. student Meredith Kercher was murdered in Italy four years ago, her family has said. Speaking after an Italian court cleared Amanda Knox and Raffaele Sollecito of murder, Meredith's brother Lyle said it felt like it was 'back to square one.' ...

"Only Rudy Guede, 24, has a conviction for Kercher's murder, but at his trial it was said he did not act alone. Speaking to reporters in Perugia, where his sister was studying at the time of her death, Mr Kercher said: 'We accept the decision and respect the court and the Italian justice system. ... We are now left looking at this again and thinking how a decision that was so certain two years ago has been so emphatically overturned, which raises other questions.' "

Meanwhile, in Knox's hometown of Seattle, the overturning of the 24-year-old's conviction rewarded the "vigilance" of her family and friends, The Seattle Times says. They endured "a tremendous financial and logistical juggle" to help her. The sacrifices included her parents taking out second mortages and emptying their retirement funds, and Knox's grandmother taking out "a $250,000 mortgage to contribute to legal bills that far exceed $1 million."

The family expects Knox will arrive in Seattle this afternoon or evening, the Times adds.