Accessibility links
Inspector General: Fannie Mae Was Told About Foreclosure Abuse In 2003 : The Two-Way Warnings were given but action wasn't taken, an inspector general says. Read the report.

Inspector General: Fannie Mae Was Told About Foreclosure Abuse In 2003

Inspector General: Fannie Mae Was Told About Foreclosure Abuse In 2003 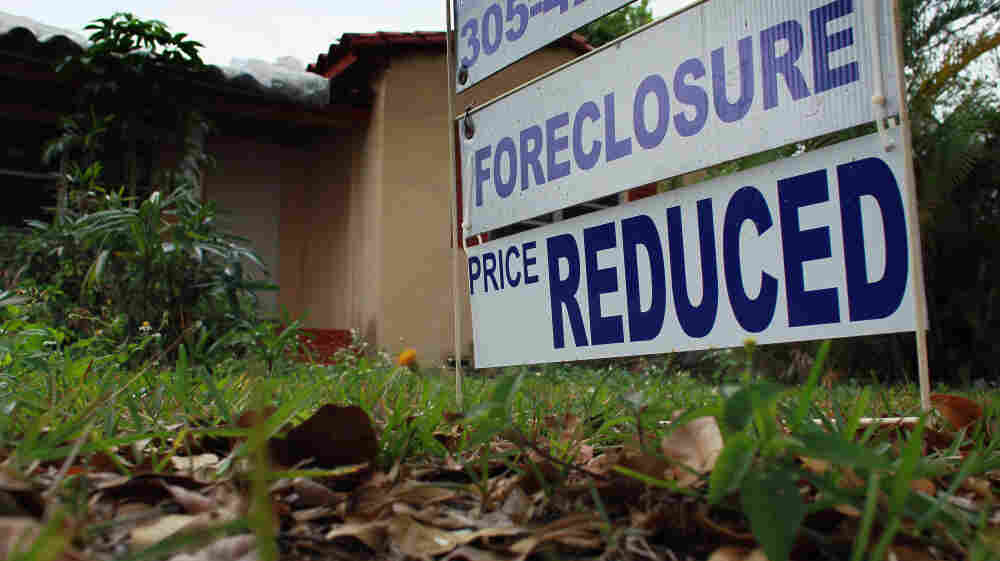 A foreclosure/price reduced sign stands in front of a home for sale on February 11, 2011 in Miami.

One of the hottest stories this morning is word that, as The Associated Press puts it, "mortgage giant Fannie Mae knew about allegations of improper foreclosure practices by law firms in 2003 but did not act to stop them, a government watchdog says."

So-called foreclosure-mills and the practice known as "robo-signing" have been among the scandals related to the nation's housing crisis. There's evidence that not only did lenders give mortgages to many people who really did not have the financial means to make their payments, but also that when it came time to foreclose on such properties there were rampant abuses.

Now, in this report from the Federal Housing Finance Agency's Office of Inspector General, it's stated that:

"In December of 2003, a Fannie Mae shareholder began alerting Fannie Mae to foreclosure abuse allegations, and in 2005 Fannie Mae hired an outside law firm to investigate a variety of allegations regarding purported foreclosure processing abuses. In May 2006, the law firm issued a report of investigation in which it found that:

" '[F]oreclosure attorneys in Florida are routinely filing false pleadings and affidavits. ... The practice could be occurring elsewhere. It is axiomatic that the practice is improper and should be stopped. Fannie Mae has not authorized this unlawful conduct.'

"Further, the report observed that Fannie Mae did not take steps to ensure the quality of its foreclosure attorneys' conduct, the legal positions taken in the attorneys' pleadings, or the manner in which the attorneys processed foreclosures on the Enterprise's behalf."

The inspector general office adds that it "could not establish" that Fannie Mae notified the Office of Federal Housing Enterprise Oversight about the May 2006 report.

The report adds that "various indicators could have led [the Federal Housing Finance Agency (FHFA), which regulates Fannie Mae] to identify and address the heightened risk posed by foreclosure abuses prior to late 2010."

The inspector general recommends that FHFA:

-- "Review the circumstances surrounding FHFA not identifying the foreclosure abuses at an earlier stage and develop potential enhancements to its capacity to identify new and emerging risks."

-- "Develop and implement comprehensive examination guidance and procedures together with supervisory plans for default-related legal services."

-- "Develop and implement policies and procedures to address poor performance by default-related legal services vendors that have contractual relationships with both of the Enterprises."

And it adds that "FHFA stated that it is concluding its examination activity and will ensure that appropriate steps are taken by September 29, 2012, to remediate Enterprise deficiencies in the management of risks associated with default-related legal services vendors."