Accessibility links
Oktoberfest Tallies 7.5 Million Liters Of Beer; Lost And Found Office Is Busy : The Two-Way Visitors to this year's Oktoberfest in Munich drank a record 7.5 million liters of beer, or around 1.98 million U.S. gallons. But there were fewer fights — and only one set of dentures was turned in. 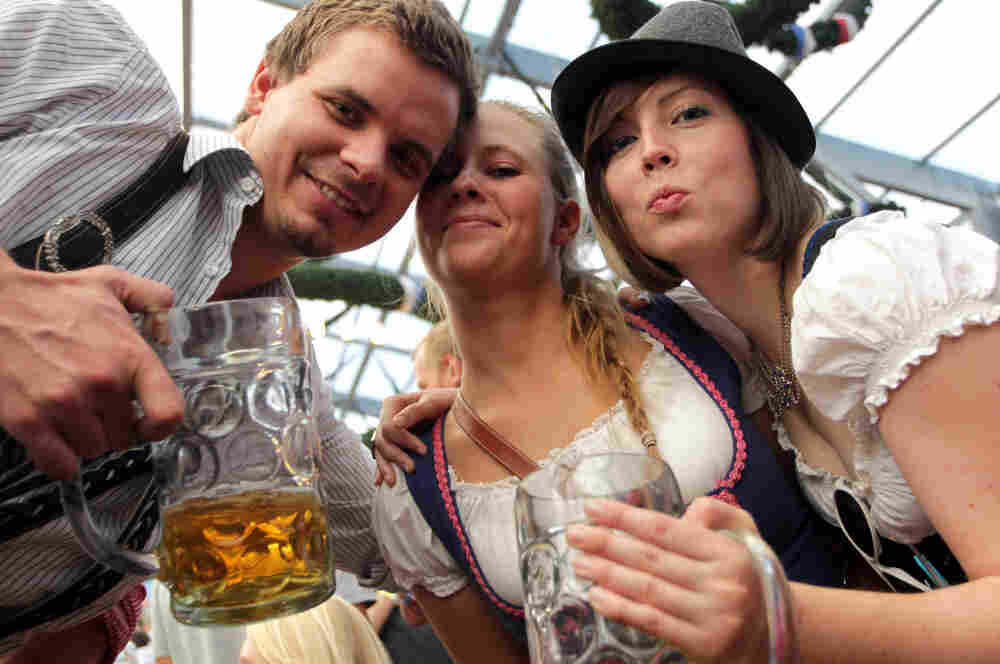 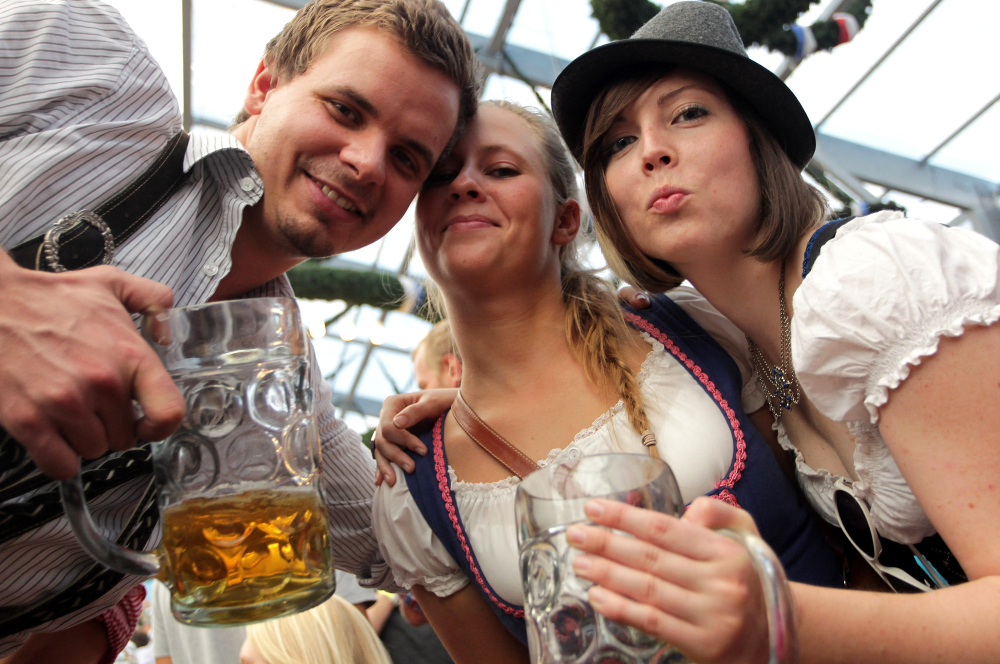 In the past 17 days, people visiting Munich's Oktoberfest drank a record 7.5 million liters of beer — around 1.98 million U.S. gallons. That figure is made more striking if one notes that the festival, which ended Monday, hosted some 6.9 million visitors this year — or 200,000 people short of a record turnout.

Despite that number, there was less violence this year, with the police being called about 100 times fewer than they were in 2010. And Reuters says that only 58 conflicts involved people knocking one another over the head with steins — a drop of 4 from last year.

Reuters paints more of the picture:

To the rousing strains of oompah bands, partygoers devoured 118 oxen and 53 calves. But, as usual, the most popular fare to help soak up a "Mass", or litre mug, of beer was roast chicken — hundreds of thousands of which were consumed, along with pork sausages.

"The atmosphere at the Oktoberfest was, until the last day, absolutely excellent," said Munich mayor Christian Ude, who described it as a "Dream Oktoberfest".

This year, each "Mass" went for 9.20 Euros ($12.66), according to the AP. That high price might help explain why so many patrons seem to have been intent on making a portion of their money back — and not break the glass over another partygoer's head. In keeping with tradition, 226,000 revelers stole beer mugs from this year's Oktoberfest, compared to 130,000 last year, Reuters says.

And as always, officials in Munich say they've got quite a Lost and Found box to go through. As Der Spiegel reports, items turned in this year include:

Only one set of dentures was turned in — which came as a surprise to Charles Reinbold, who's worked at the festival's lost-and-found office for nearly 20 years.

"I think the adhesive has improved so the false teeth don't come out when people are chewing meat," he told Der Spiegel.

"The year I started," he said, "I remember we had five or six sets of false teeth in, and a pensioner walked in and tried them all on. Unfortunately, his weren't among them."