Accessibility links
Occupy Wall Street: College Students Urged To Walk Out Today : The Two-Way More groups are joining the movement. And the related Occupy Colleges movement says at least 75 schools will be the scenes of classroom walkouts at midday. 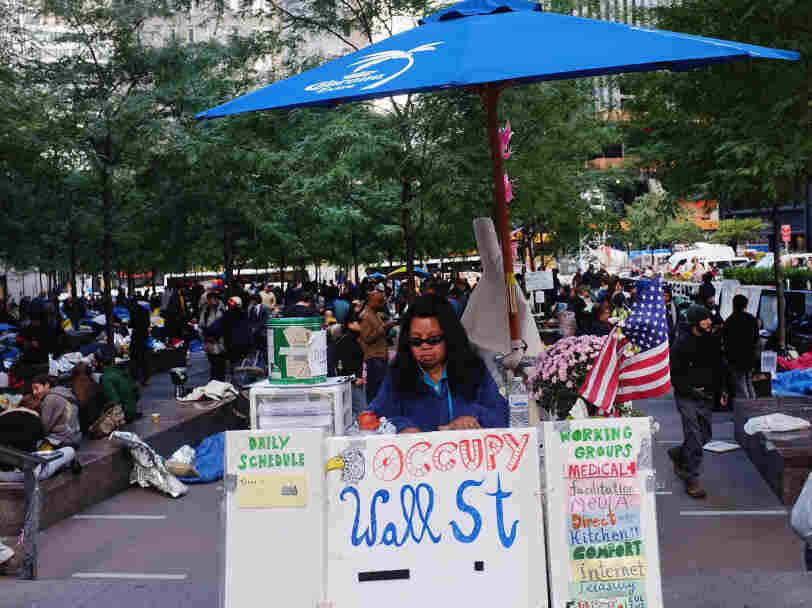 The scene this week at Zuccotti Park in Manhattan. 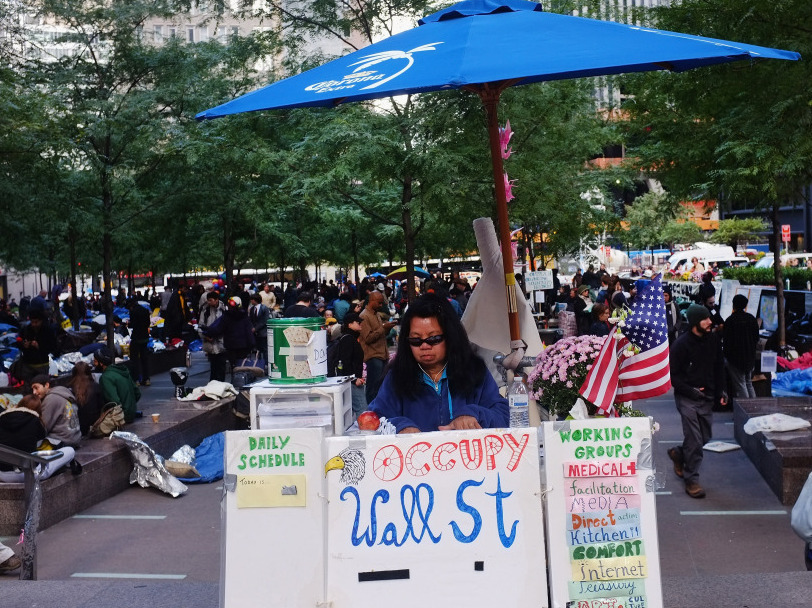 The scene this week at Zuccotti Park in Manhattan.

As the Occupy Wall Street protests enter their 19th day and continue to spread well beyond lower Manhattan, there's word from the related "Occupy Colleges" movement that a "nationwide college student walk out" has been called for noon today.

Right now (8 a.m. ET) the website lists 75 colleges where walkouts are expected to happen. The reference to noon is to the local time at each school, the website indicates.

Meanwhile, on Morning Edition today, Planet Money's Zoe Chace reported from the protest site in Manhattan that it appears "everybody has a say in everything" in the general assembly that makes decisions about what the Occupy folks, who represent many different interests, will do.

There's wonderful audio in her piece of the protesters — who aren't being allowed by authorities to use amplifiers or bullhorns — chanting to pass along what's being said from one group at the general assembly to another.

"We have people speak, everyone votes on it and we come to an agreement. And that's how we want society to be," says Occupy's "head of communications, Brian Phillips.

There's also word today from The Associated Press that "in lower Manhattan where it all began, the ranks of the protesters are expected to swell with reinforcements, widening the scope of the ongoing demonstrations. Among those planning to join the demonstrations today are the liberal group MoveOn.org and various community organizations. Camille Rivera, the executive director of United NY, says the protesters are 'capturing a feel of disempowerment, feeling like nobody is listening to them.' "