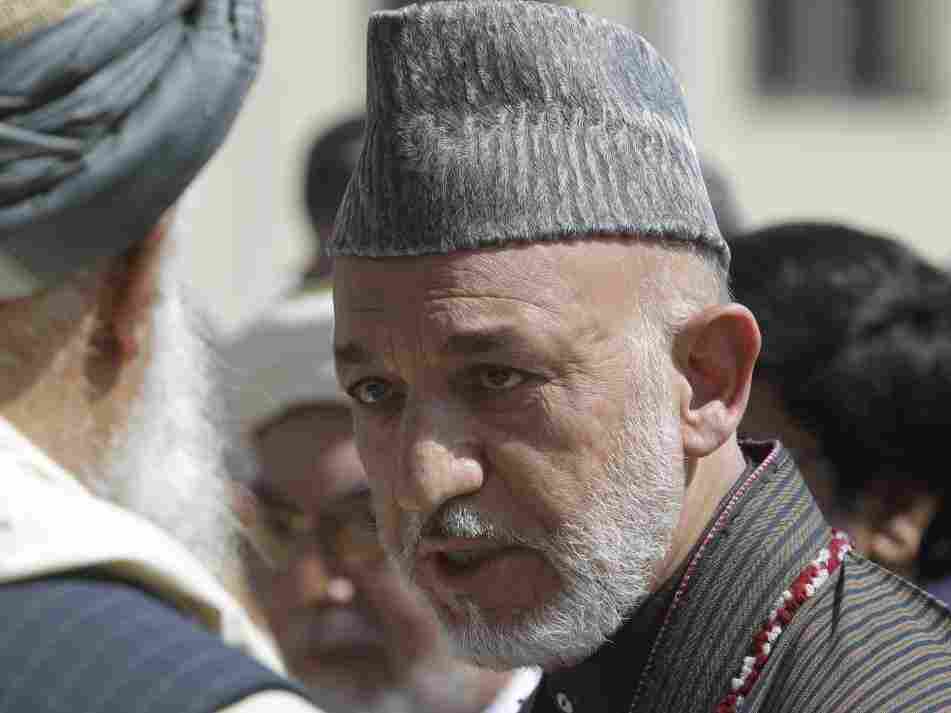 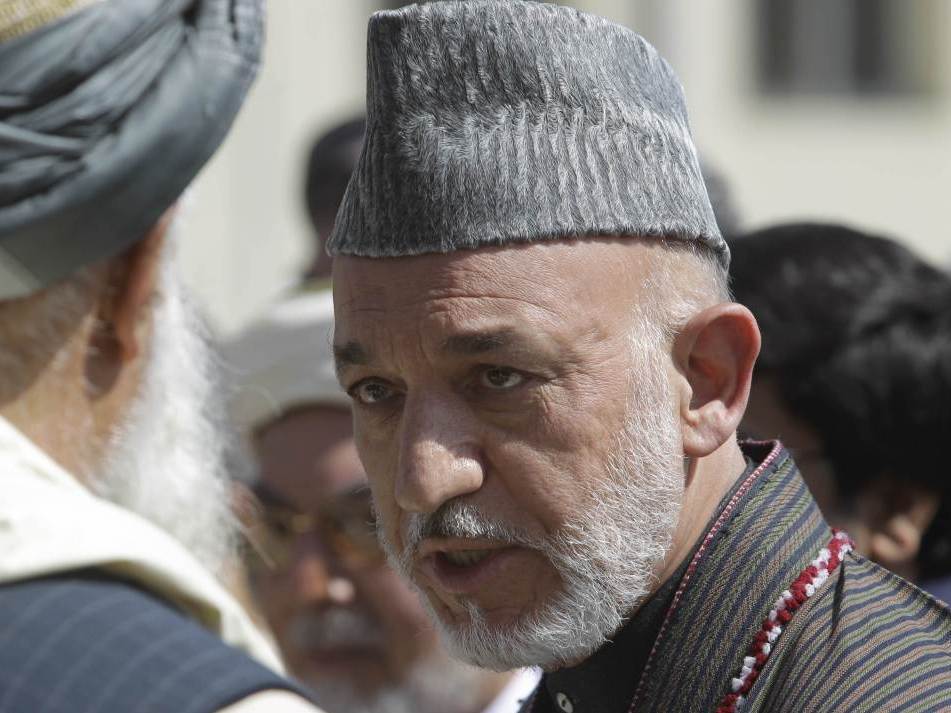 Two weeks after the assassination of a former president, Afghan intelligence officials say they have disrupted a plot to kill the country's current leader.

One of President Hamid Karzai's bodyguards and five other people have been arrested in connection with the alleged plan, a spokesman for Afghanistan's intelligence agency said at a news conference in Kabul today, The Guardian reports.

"A dangerous and educated group including teachers and students wanted to assassinate President Hamid Karzai," spokesman Lutfullah Mashal said, according to the Guardian.

The Los Angeles Times writes that:

"Mashal said the assassination ring included several university students and professors. One of the masterminds was an Arab national who had traveled to neighboring Pakistan, he said."

And the Guardian adds that:

"Mashal said that those detained had ties with a man named Haji Bilal, who was a member of al-Qaida and the Haqqani network based in Pakistan's tribal region of North Waziristan, bordering Afghanistan."

NLR's Quil Lawrence, who is in Kabul, reports authorities say "the bodyguard who planned to assassinate President Karzai was recruited by a network of al-Qaida sympathizers at Kabul Medical University [who in turn] were linked to the Pakistani-based Haqqani Network."

That network, as Sarah Handel wrote for us earlier this week, is the terrorist/kidnapping organization that U.S. and Afghan officials say has been operating with impunity from Pakistan. Last month, then-Joint Chiefs of Staff Chairman Adm. Mike Mullen told Congress that the network is "in many ways, a strategic arm of Pakistan's Inter-Sevices Intelligence Agency" and was responsible for the Sept. 13 attacks against the U.S. Embassy in Kabul.

Earlier today, The Wall Street Journal reported that "U.S. officials this summer secretly met with leaders of the deadly Haqqani network ... in an effort to draw them into talks on winding down the war. ... Pakistan and U.S. officials said the push to draw the Haqqanis into talks has yielded little."

The Journal produced this video about its report.

On Sept. 20, a suicide bomber who claimed to be an emissary from the Taliban killed former President Burhanuddin Rabbani, who recently had been chairing the Afghanistan High Peace Council.