Accessibility links
Dwarf-Tossing, Long Banned, May Return In Florida : The Two-Way News that a Florida legislator wants to bring back the banned activity of "dwarf tossing" has people shaking their heads — and wondering why in the world you would want to do something like that. Of course, they're also curious as to whether he'll succeed. 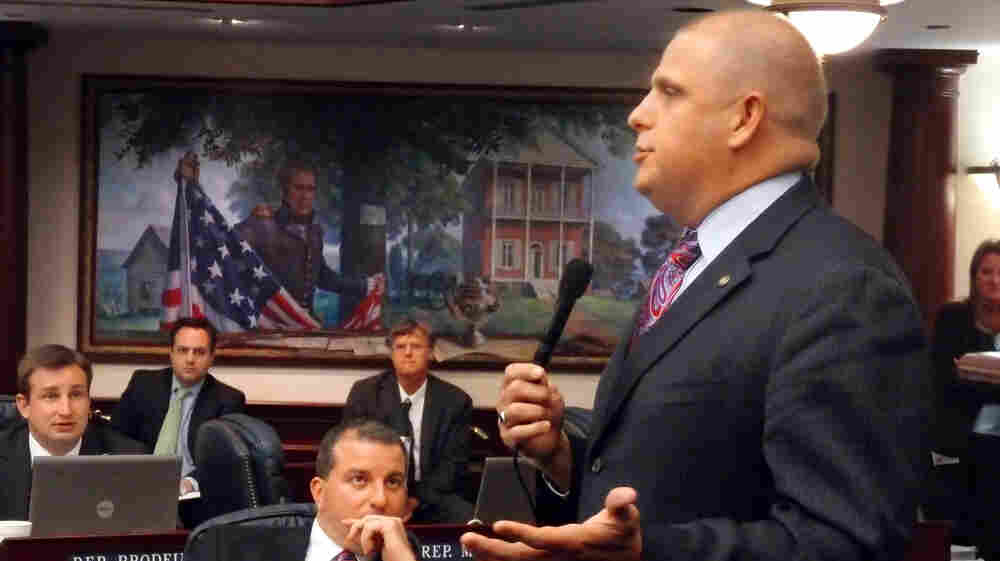 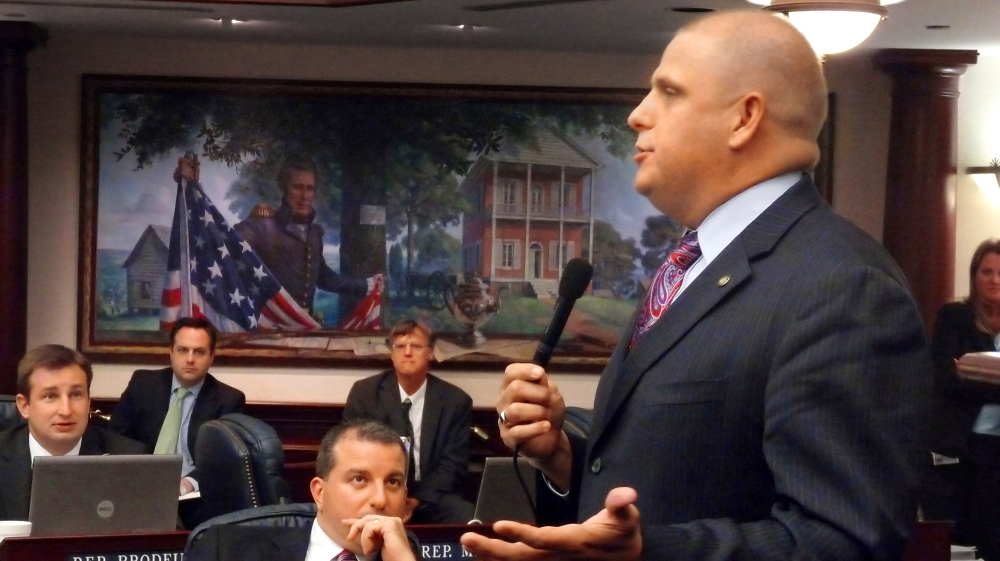 News that a Florida legislator wants to bring back the banned activity of "dwarf tossing" has people shaking their heads, and wondering why in the world you would want to do something like that. Of course, they're also curious as to whether he'll succeed.

State Rep. Ritch Workman, a Republican from Melbourne, is the man behind the effort to roll back the prohibition on an act that became a sensation in bars and taverns before it was banned in 1989. Workman tells the Palm Beach Post's Frank Cerabino about his motives:

"I'm on a quest to seek and destroy unnecessary burdens on the freedom and liberties of people," Workman said. "This is an example of Big Brother government.

"All that it does is prevent some dwarfs from getting jobs they would be happy to get," Workman said. "In this economy, or any economy, why would we want to prevent people from getting gainful employment?"

If you're wondering what kind of job Workman does, his official bio lists his occupation as mortgage broker. He was a member of the National Guard for 15 years, from 1990 to 2005.

And as for dwarf tossing, Workman admits to the Post that it's "repulsive and stupid."

In 1989, at least, the Florida legislature agreed with him. That year, the state's prohibition against dwarf tossing was pushed along by news that David Wilson, a noted dwarf tossee, had died of alcohol poisoning.

For his article in the Post, Cerabino interviewed two little people who noted the nasty underside to what might strike some as an absurd thing to do in a bar, or anywhere else, for that matter. They say the act can bring injuries that may result in paralysis, as well as a general air of degradation and mockery.

Dwarf-tossing is illegal elsewhere, of course — including in France. In 2002, a French little person appealed to the United Nations to overturn his country's ban, saying it prevented him from making a living and impinged on his human rights. He lost his case.

In a bit of serendipity, there's more news about dwarfs stirring out there on the Internet — and this time, it more closely resembles good news.

Ricky Gervais tweeted earlier today to alert people to a deleted scene from An Idiot Abroad, his spin-off show featuring the world travels of his willfully dense — and fascinating — friend, Karl Pilkington.

In the extended excerpt, Pilkington visits a dwarf village in China, where he finds much to recommend. He also reveals that he'd prefer being a little person rather than a giant — and why.

"Being on a plane — loads of legroom; a king-sized Twix is massive," Pilkington explains.

He also believes it's possible that little people may hold answers to concerns about the Earth being overpopulated.

"Is that how we're meant to have evolved?" Pilkington asks.

"Maybe that's the future. Maybe we're the odd ones out, here, when you think about it," he says.

You can watch the video for yourself here: