Accessibility links
Are You Among The '99 Percent'? : The Two-Way Occupy Wall Street protesters say they represent 99 percent of Americans. Even if you disagree with some of their aims, are they right about the mood of the nation? 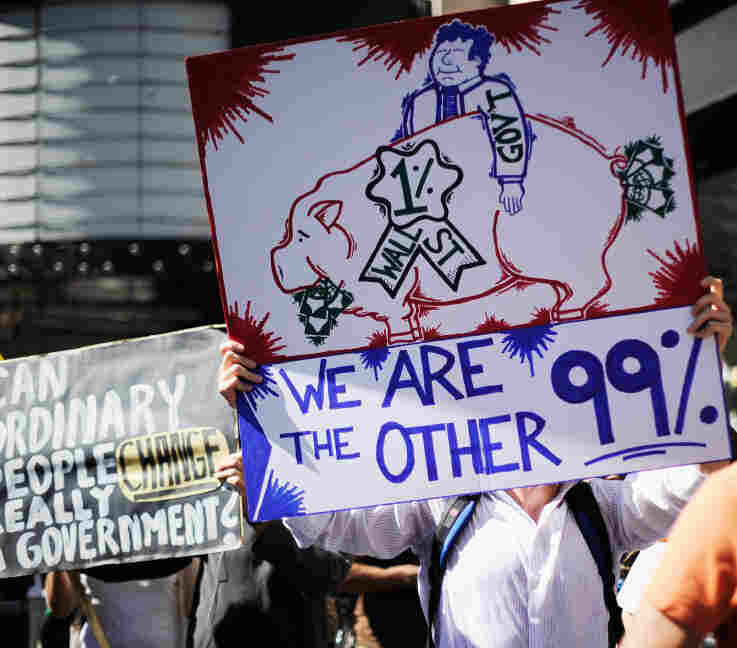 The scene at an Occupy Los Angeles demonstration earlier this month. 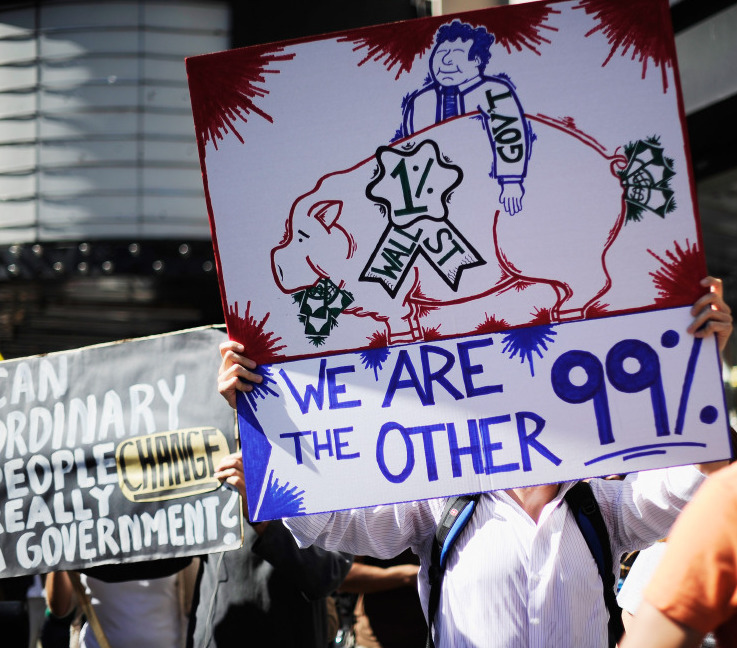 The scene at an Occupy Los Angeles demonstration earlier this month.

As the Occupy Wall Street movement continues to spread, one of its rallying cries is generating a fair amount of debate.

The protesters say they represent the "99 percent" — that is, everyone except the richest 1 percent of Americans or those who have been benefiting from the way things are going.

Some conservative voices take issue with the 99 percent theme.

And from the liberal side, columnist Ezra Klein from The Washington Post this week wrote that technically, at least:

But, Klein concluded, "99 percent of Americans [do] sense that the fundamental bargain of our economy — work hard, play by the rules, get ahead — has been broken, and they want to see it restored." And that, he wrote, is why he's "taking Occupy Wall Street — or, perhaps more specifically, the 'We Are The 99 Percent' movement — seriously."

So here's a question that we'll keep open until the end of the day on Monday:

(Note: It's not a scientific survey designed to measure public opinion; it's a question aimed at generating a conversation.)

Update at 9:45 a.m. ET: On Morning Edition, NPR's Scott Horsley reported that the Occupy Wall Street movement could provide a boost for the policies President Obama says will reform the nation's financial system.