Accessibility links
Netflix Scuttles Its 'Qwikster' DVD Rental Plan : The Two-Way Bowing to customers' anger and confusion, the company is backpedaling on a move to divide its streaming and DVD movie offerings. Netflix is doing away with its Qwikster service before it even launches — but it's keeping the price increases announced in July. 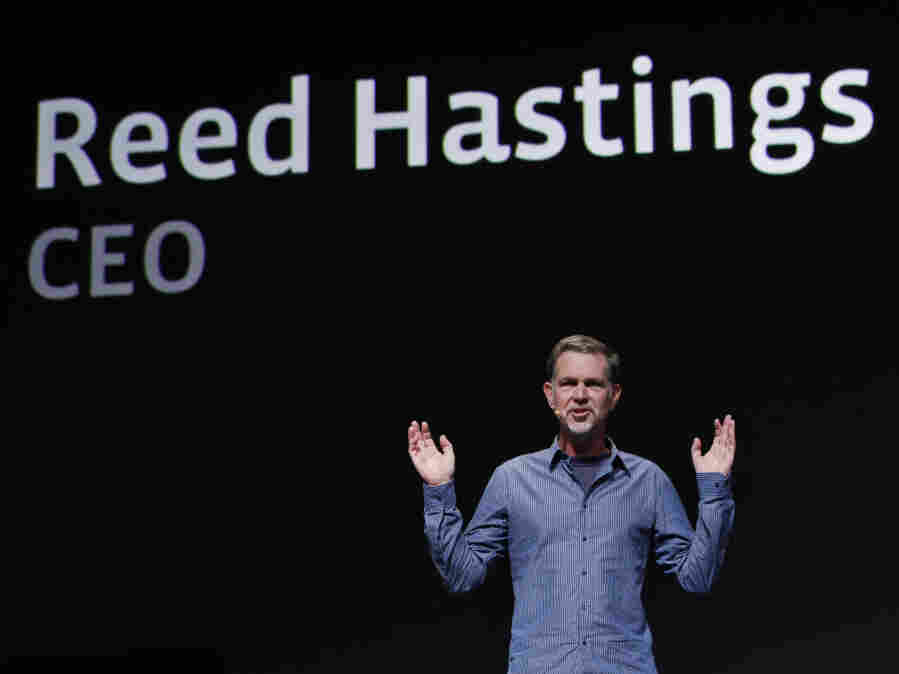 Netflix has backed off its unpopular plan to split its service into two offerings — one for streaming video, and one for sending DVDs by mail. CEO Reed Hastings is seen gesturing in this file photo. 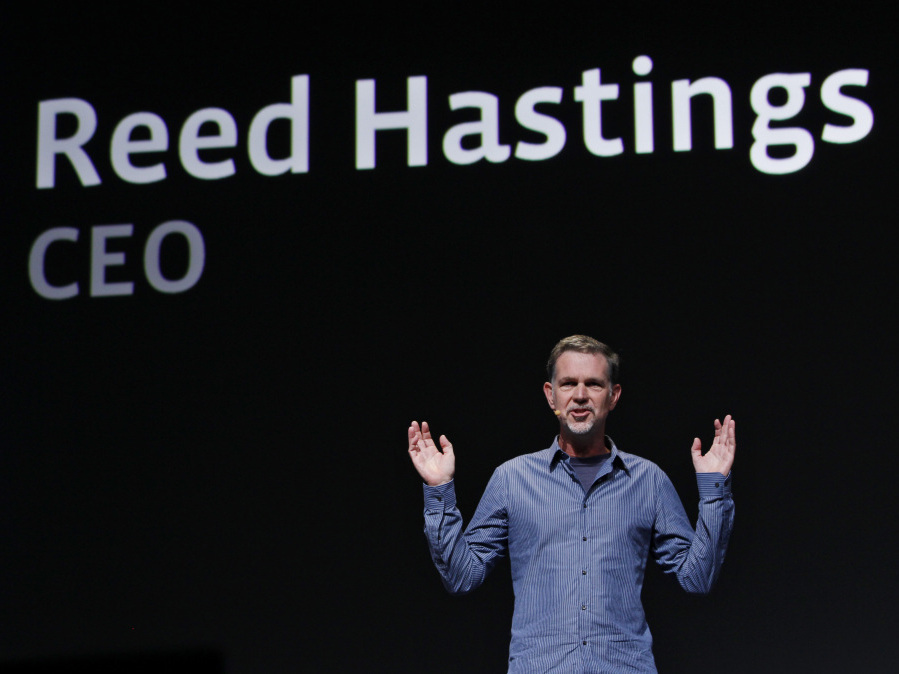 Netflix has backed off its unpopular plan to split its service into two offerings — one for streaming video, and one for sending DVDs by mail. CEO Reed Hastings is seen gesturing in this file photo.

Bowing to customers' anger and confusion over its move to divide its streaming and DVD video offerings, Netflix is reversing itself, snuffing the plan to offer DVDs by mail via a new service called "Qwikster." News of the backpedaling move was published on the company's blog early Monday.

Netflix had announced the separation in July, when it also outlined a price increase for customers who prefer to watch videos on the company's streaming service as well as receive DVDs by mail. The base price for the two combined services effectively went up from $10 to $16 — a rate hike that remains in place.

The decision to split the services was wildly unpopular among Netflix subscribers. Reacting to the announcement on Facebook, a customer named Willie Williams summed it up in a way that 1,877 people agreed with:

Individually your DVD and steaming services do not offer enough to justify their expense. As a bundled service they supplement each other and provide the value that made Netflix wonderful. DVDs allowed you to view newer releases in a fairly timely manner. Streaming allowed for viewing of the older catalog of movies that come up when you think of it but might not be worth waiting for to arrive in the mail....

By separating these services I fear you are weakening Netflix as a service and subsequently the brand. Together these services made Netflix a success, separated you lack the availability and pricing of your competitors.

For whatever reason, those insights were not available in the offices of Netflix — and when the company said it would be branding the new DVD service as Qwikster, the plan was met with derision. Within days, the term "Qwikster" began to sound like the 2010 word for "New Coke" — Coca-Cola's ill-fated replacement for its flagship product.

If you're curious about similar corporate missteps — like Crystal Pepsi, or Apple's "Lisa" computer — you can see a short list, and view vintage TV ads, at the Grow Think website. And here at NPR, we created this slideshow of bold, and in some cases misguided, attempts at "re-branding":

Netflix customers greeted the "Qwikster" news by keeping their promises to cancel their memberships altogether, turning to rival video streaming services from Amazon, Hulu and others. And by the time the mid-September switch arrived, Netflix announced that it had lost an estimated 1 million subscribers.

Two attempts at mitigating the damage — an admission by CEO Reed Hastings that Netflix had failed to communicate the changes well, and the renaming of its DVD-by-mail service as Qwikster — failed to appease customers.

And less than 1 month after the new plans were instituted, Hastings announced that Netflix would abandon the plan to separate, in a blog post that read, in part:

It is clear that for many of our members two websites would make things more difficult, so we are going to keep Netflix as one place to go for streaming and DVDs.

While that news is sure to make some customers happy, the new prices that were announced in July will remain in effect. Monday, Hastings reiterated that the price hike of as much as 60 percent was "necessary." 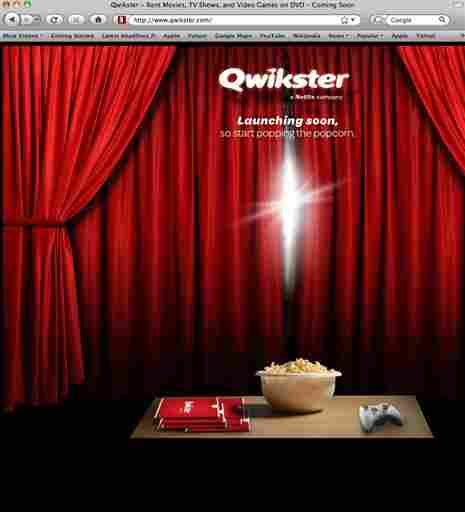 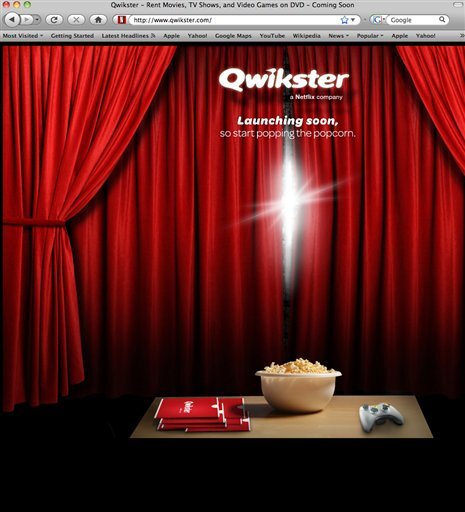 In addition to the loss of subscribers, Netflix has seen its shares lose more than half their value since July. After news spread Monday that Qwikster would soon be part of Netflix's past, the stock "rose $8.63, or 7.4 percent, to $125.84 in morning trading after rising as high as $128.50," according to the AP.