Accessibility links
Cain's 9-9-9 Plan: Just Like SimCity? : The Two-Way The GOP candidate's tax plan has been getting him lots of attention — and some barbs. Now it's been noticed that in the gaming world, 9-9-9's been around for a while.

One rival said he thought it was "the price of a pizza" (Jon Huntsman's quip). Another said you need to turn it upside down because "the devil's in the details" (Rep. Michele Bachmann's 6-6-6 reference). 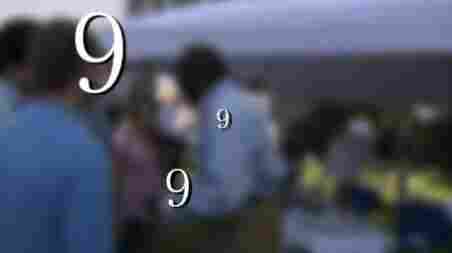 A framegrab from the Cain campaign's video about its 9-9-9 tax plan.

Regardless, as The Associated Press writes "if there's a policy star in the Republican presidential primary it may be Herman Cain's 9-9-9 tax overhaul plan. ... The plan would scrap the current tax code and replace it with a 9 percent tax on personal income and corporations as well as a new 9 percent national sales tax."

Now we learn, as HuffPost Politics reports, that it's also not altogether unfamiliar to fans of SimCity:

"Long before Cain was running for president and getting attention for his 999 plan, the residents of SimCity 4 — which was released in 2003 — were living under a system where the default tax rate was 9 percent for commercial taxes, 9 percent for industrial taxes and 9 percent for residential taxes."

The website adds that "when asked about similarities between Cain's plan and SimCity's default tax rates, Cain campaign spokesman JD Gordon replied, 'Well, we all like 9-9-9.' "

As for Ohio banker Rich Lowrie, who Cain has said is the "lead economist on helping to develop" the plan, his receptionist tells HuffPost that she doubts he came upon the idea via SimCity. "I don't think he's much of a game person," she said.

On the plan itself, The Washington Post's Fact Checker column today gives Cain "three Pinocchios" because "as far as we can tell from the limited information Cain has provided, the plan he touts as a big tax cut would actually increase taxes on most Americans."

And The Wall Street Journal reports that "liberal critics ... say it would raise less revenue while boosting the tax burden on the poor. Some anti-tax conservatives and business people, meanwhile, argue that the plan's new federal sales tax might tempt lawmakers to spend too much, in addition to damping down consumer spending growth and penalizing producers of new goods and services."

Here's the Cain campaign's video about the 9-9-9 plan.