Accessibility links
Poll: Support For Death Penalty At 39-Year Low : The Two-Way Support for the death penalty in the United States is at its lowest level since 1972, when the Supreme Court issued a moratorium on existing capital cases. Still, 61 percent of Americans support the death penalty. 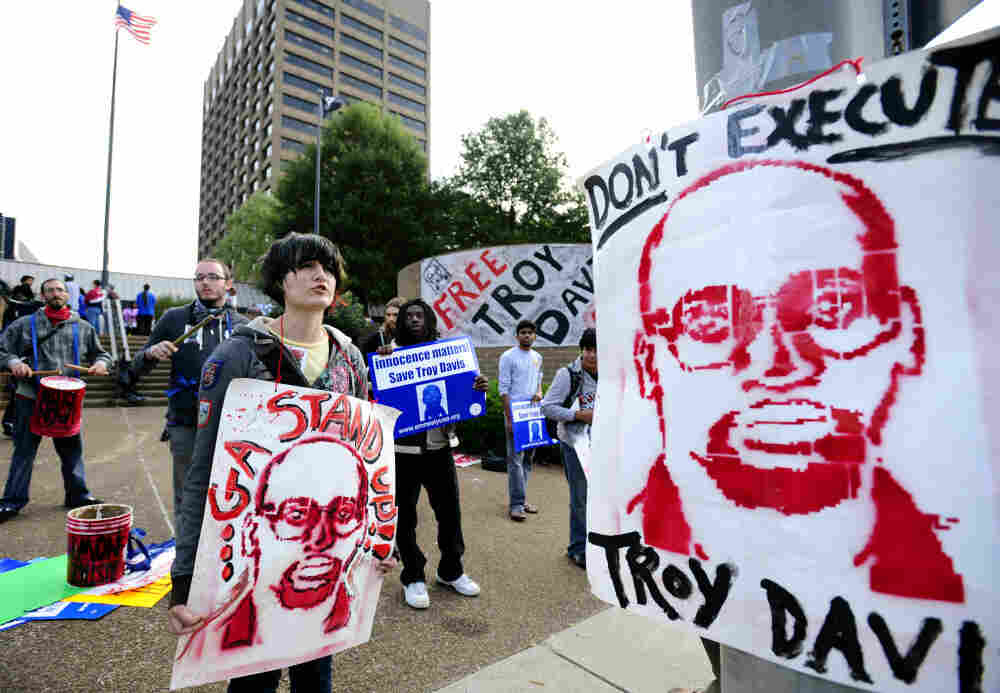 Protesters gather outside the building where Georgia Board of Pardons and Paroles members held a hearing for death row inmate Troy Davis in Sept. 2011. 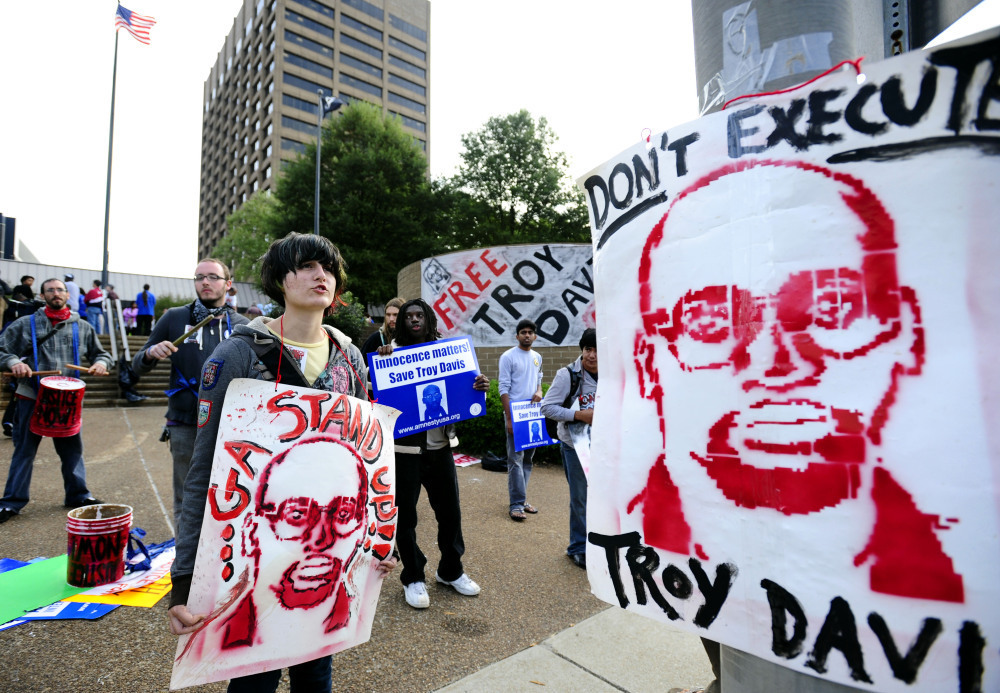 Protesters gather outside the building where Georgia Board of Pardons and Paroles members held a hearing for death row inmate Troy Davis in Sept. 2011.

A Gallup poll released today found support for the death penalty in the United States is at a 39-year low. As Gallup reports, "this is the lowest level of support since 1972, the year the Supreme Court voided all existing state death penalty laws in Furman v. Georgia."

In that case, the Supreme Court essentially imposed a moratorium on the death penalty, which it lifted in 1976 with the Gregg v. Georgia decision.

Now this 39-year low still means that 61 percent of Americans are "in favor of the death penalty for a person convicted of murder." 35 percent of them are opposed.

Here's Gallup's historical chart; they first asked the question in 1936:

The poll was conducted after news of two controversial death penalty cases. In September, Georgia executed Troy Davis, despite calls for clemency from dignitaries like Jimmy Carter and Pope Benedict XVI who were unconvinced of his guilt. And, last week, the Supreme Court heard an appeal from Cory Maples, who missed a chance to appeal his death sentence because of a mailroom mix-up.

USA Today reports on reaction to the poll from anti death penalty activists:

"The numbers are consistent with what we've been seeing. People see cases like these where they just can't square the executions with a common sense of fairness," Rust-Tierney says. "There's been a steady erosion in confidence in the system as more and more people sentenced to death have had their cases overturned."

Nearly 140 death row inmates have been exonerated or had their cases overturned on appeals, Rust-Tierney says.

In its analysis Gallup says support for the death penalty has varied widely during the past 75 years: