Accessibility links
'Rapture' Prophet Camping: World Will 'Probably' End Quietly Next Friday : The Two-Way He got national attention for predicting the world would end last May. Then Harold Camping recalculated. And now he's making it sound like it will happen on Oct. 21 with a whimper, not a bang.

When we last heard from Harold Camping, the Family Radio broadcaster was conceding he'd been wrong about The Rapture beginning on May 21 — a prediction that had some folks selling their worldly possessions and traveling the nation to warn that the end was coming soon.

Harold Camping speaks during a taping of his show Open Forum in Oakland, Calif., on May 23, 2011. 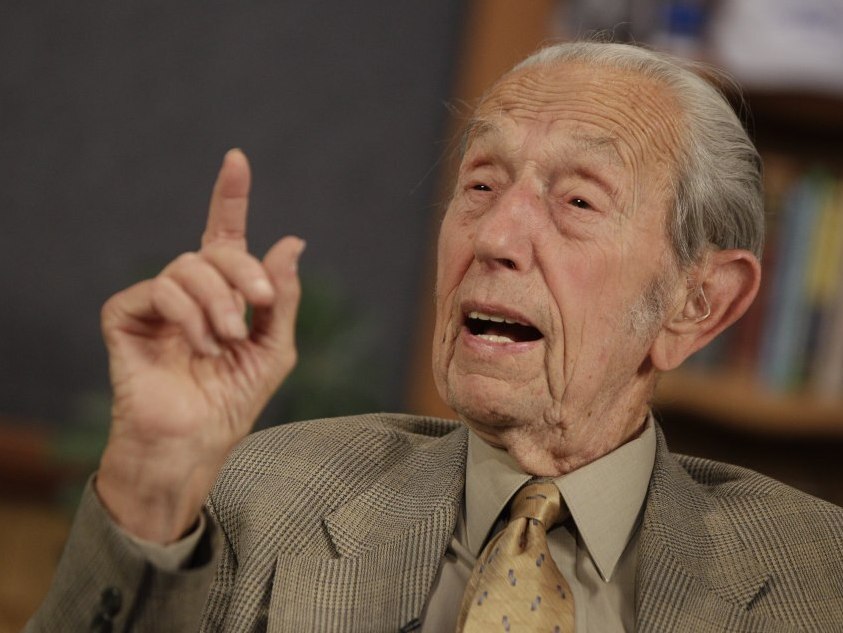 Harold Camping speaks during a taping of his show Open Forum in Oakland, Calif., on May 23, 2011.

His calculations had been off, Camping said, and it was looking to him like things would really get going (or start stopping?) on Oct. 21.

Now Camping, who says he's recovering slowly from a stroke he suffered in June, has posted a new audio message. He's sounding a little less than definite, but still convinced that the end is coming soon. And he's also predicting it will all sort of happen with a whimper, not a bang.

-- Next Friday "looks like, at this point ... it will be the final end of everything."

-- When the end does come and believers are taken up to heaven, the "wicked" will not be left behind to suffer. "There will be no pain suffered by anyone because of their rebellion against God," Camping predicts, because "He has no pleasure in the death of the wicked."

-- There won't be earthquakes, volcanic eruptions and other natural disasters.

"The end is going to come very, very quietly."