Accessibility links
Anadarko To Pay BP $4 Billion, Settle Claims Related To Gulf Oil Spill : The Two-Way Anadarko was a minority partner in the project to drill for oil at the Deepwater Horizon site. Eleven workers were killed when the rig exploded in April 2010, and the spill was one of the worst in U.S. history. 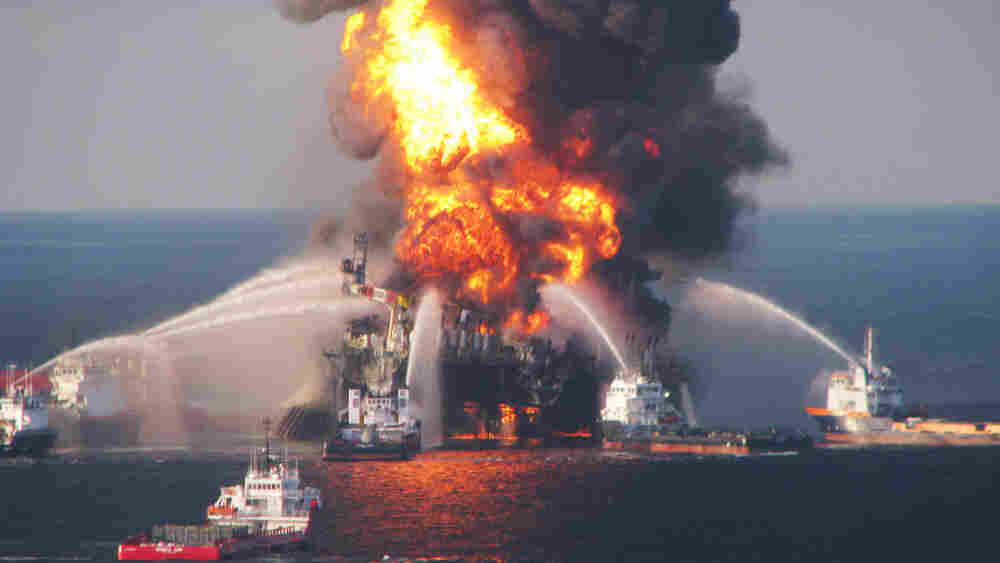 This morning's announcement from Anadarko Petroleum Corp. that it is paying BP $4 billion "to settle all of BP's current and future claims" against it related to the April 2010 Gulf oil spill, "ends a long dispute between BP, which operated the well in the gulf, and Anadarko, which owned a 25 percent stake, about accepting responsibility for compensating those affected by one of the worst oil spills ever in the United States," The New York Times writes.

As the Houston Chronicle's Fuel Fix blog adds, "BP will release its claims against Anadarko for about $6.1 billion of spill related costs to date, as well as to forgo reimbursement for any future costs."

The Associated Press says that the $4 billion will be part of BP's "$20 billion trust fund, which has paid out $7 billion so far to settle claims from individuals and businesses. Eleven workers were killed when the Deepwater Horizon rig exploded off Louisiana on April 20, 2010."

And the AP adds that "BP is still embroiled in suits and countersuits with Transocean Ltd., operator of the Deepwater Horizon drilling rig, and Halliburton Co., which was responsible for cementing the well. The suits are scheduled to go to trial in New Orleans in February."