Accessibility links
Crash Leaves 5,000 Chickens On Northern Calif. Highway : The Two-Way The chickens were headed to a processing plant, which means some got a temporary reprieve. 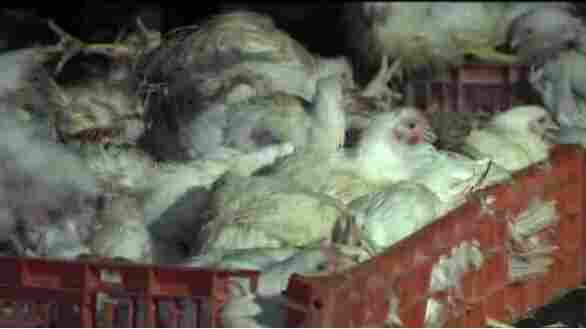 About 5,000 chickens spilled onto Northern California's I-80. 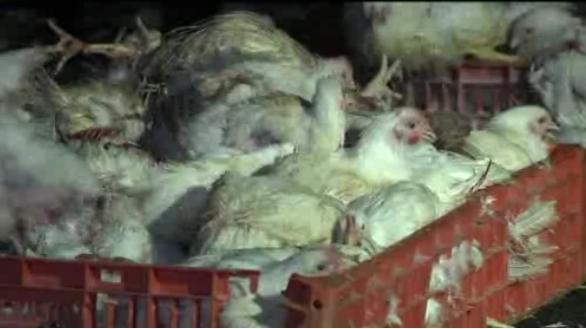 About 5,000 chickens spilled onto Northern California's I-80.

Commuters on Northern California's I-80, which connects the Bay Area to Sacramento, saw something unexpected early this morning. Two rigs collided and about 5,000 chickens spilled onto the highway near Vacaville.

The crash resulted in the closure of all westbound lanes for several hours as authorities tried to corral some of the escaped chickens who were –- yes, we'll say it -– trying to cross the road.

The driver of the chicken truck had apparently fallen asleep and was swerving on the freeway. The other truck, carrying jugs of water, was stopped on the shoulder with mechanical problems. He tried to radio the poultry truck driver to wake him up, but got no response. The trucks clipped each other, and one of the trailers carrying the chickens jack-knifed and spilled the chicken crates onto the road.

KXTL-TV reports that no humans were badly injured in the crash but some of the chickens died in the impact.

The rest got a temporary reprieve but were later gathered up and taken to the processing plant they were headed to in the first place.