Accessibility links
Obama To Unveil New Initiatives To Help Housing Woes : The Two-Way With his jobs package stalled in Congress, the president is going to announce some executive actions on mortgages and student loans that his advisers say could give the economy a lift. Republicans say "we can't wait" to defeat the president. 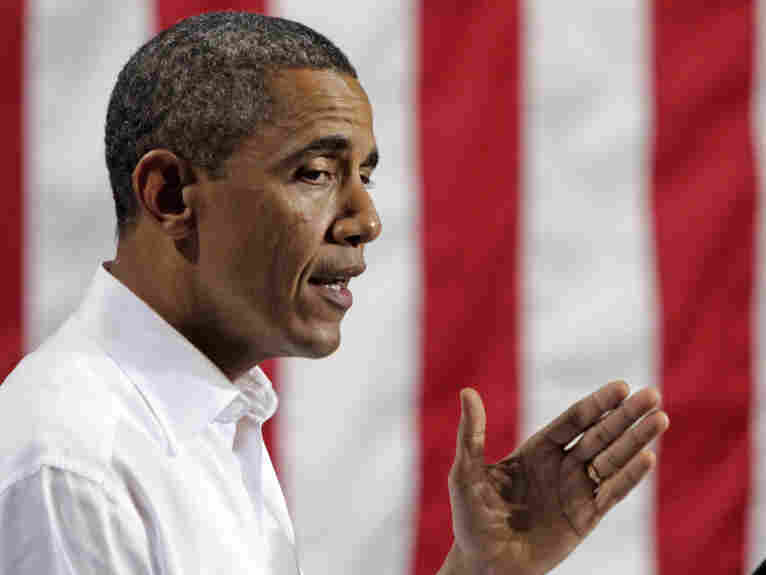 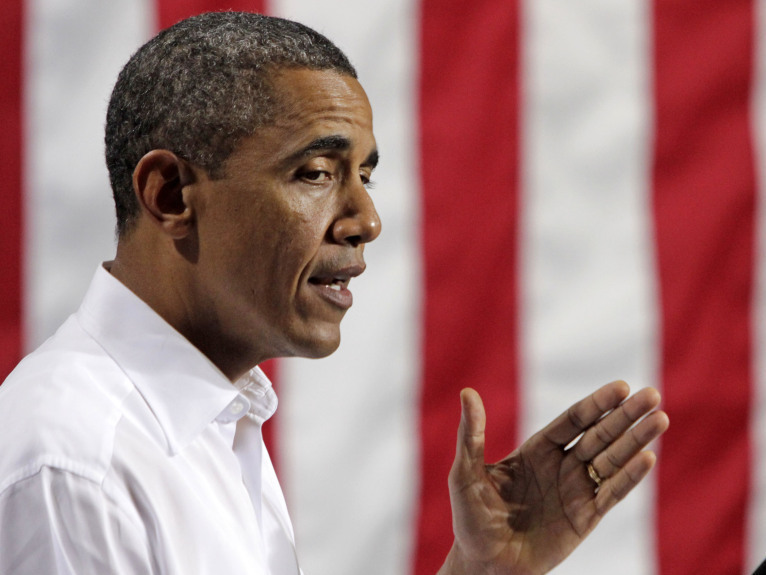 Update at 5:42 p.m. ET. As expected, President Obama announced that his administration was easing the terms of a federal program that would open the doors for homeowners to refinancing their homes no matter how far underwater their mortgage is.

The AP reports that the Federal Housing Finance Administration "estimated an additional 1 million people would qualify. Moody's Analytics say the figure could be as high as 1.6 million."

"I'm here to say that we can't wait for an increasingly dysfunctional Congress to do its job," the president said in Las Vegas. "Where they won't act, I will."

President Obama's latest bid to get at least some of his economic ideas enacted will be to make the case that "we can't wait" for Congress to act, The New York Times reports this morning.

The Times says with his $447 billion jobs package stalled in Congress, today in Las Vegas the president will begin unveiling "a series of executive-branch actions to confront housing, education and other economic problems over the coming months."

According to Reuters, Obama's actions will "include an initiative to help homeowners refinance their mortgages, which Obama will discuss in Nevada, a state hit hard by the housing crisis." It adds that the Federal Housing Finance Agency (FHFA):

"Intends to loosen the terms of the two-year-old Home Affordable Refinance Program (HARP), which helps borrowers who have been making mortgage payments on time but have not been able to refinance as their home values have dropped. To help underwater borrowers, or those whose loans are worth more than their homes, FHFA plans to scrap a cap that prohibits any homeowners whose mortgage exceeds 125 percent of the property's value from participating in HARP, which is targeted at loans backed by Fannie and Freddie.

"The government is also preparing to reduce the loan fees that the two government-controlled mortgage firms charge and waive fees on borrowers that refinance into loans with shorter terms, according to an administration official."

"Will announce easier rules on repayment of college loans." As Political Punch also notes, "on a bus tour last week ... Obama began the drumbeat of criticism for Congressional inaction, telling crowds, 'The election is 13 months away. And folks can't afford to wait that long' for action on job creation."

Republicans, who control the House but not the Senate, have dubbed the president's trip, which will include stops and fundraisers, the "West Coast Misery Tour." And just a few minutes ago, Republican National Committee Chairman Reince Priebus tweeted that "#WeCantWait to make @BarackObama a one-term president."

One of the Democratic president's would-be GOP rivals, Texas Gov. Rick Perry, is set to unveil his version of a national "flat tax" on Tuesday. There's also, of course, GOP contender Herman Cain's 9-9-9 plan (9-0-9 for some). And former Massachusetts Gov. Mitt Romney, another Republican running for president, has his "Believe in America" jobs plan posted here.