Accessibility links
Views On The Iraq Withdrawal: From About Time To 'Absolute Disaster' : The Two-Way From Talk of the Nation: Opinions vary widely among a diverse group of experts about the wisdom of a U.S. withdrawal by year's end. 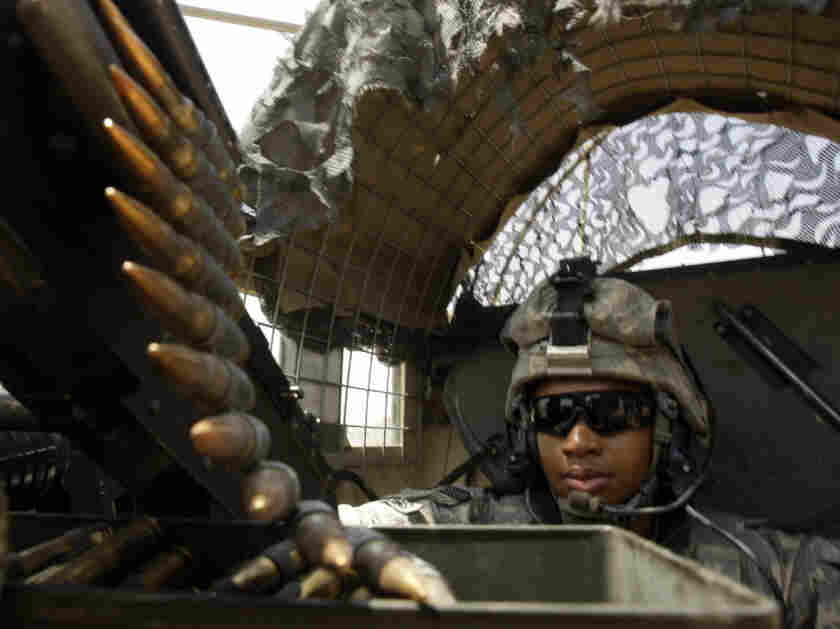 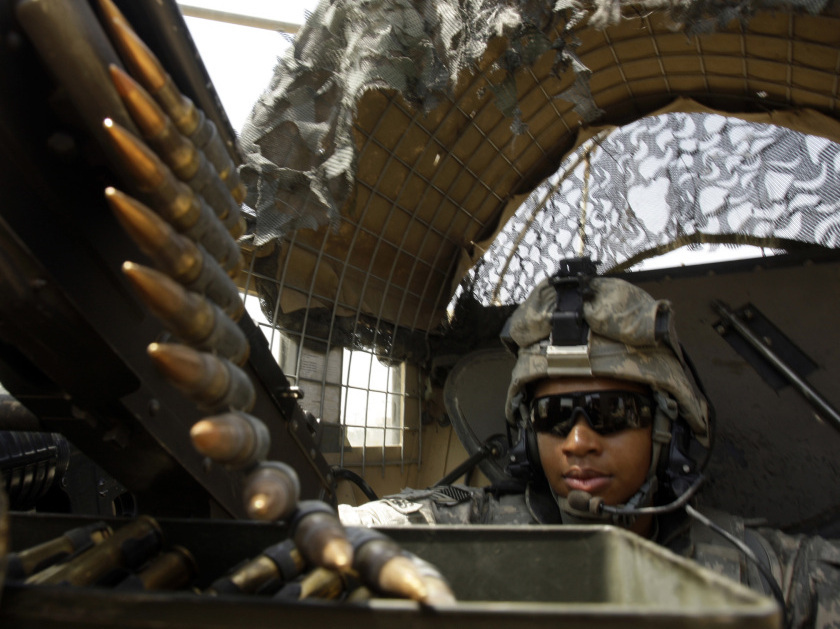 President Obama's announcement that all U.S. troops will withdraw from Iraq by the end of the year has prompted significant debate over the prudence of the policy. From the the politics of the decision, to possible threats of sectarian violence and the influence of Iran, opinion is sharply divided. Ted Koppel, Ret. Gen. Jack Keane, Bob Woodward, Brian Katulis and Peter Van Buren joined NPR's Neal Conan on Talk of the Nation today and weighed in.

Ted Koppel, NPR commentator: "The U.S. military certainly believes that this is a precipitous withdrawal, and it's a very dangerous time," said Koppel. "You can absolutely believe that going in to Iraq in the first place was a terrible mistake, and still believe that the way we're getting out right now is also a terrible mistake. ...

"As much as the world loathed Saddam Hussein, Saddam Hussein was the equalizing force in the Persian Gulf that kept Iran in check. When George Bush ordered the invasion of Iraq in 2003, he did for the Iranians what they were never able to do for themselves: He got rid of Saddam Hussein. We also disarmed the Iraqis. ... Whereas back nine years ago Iran and Iraq had roughly equivalent military forces, these days Iran has larger, more powerful military forces than it did back nine years ago. Iraq, by contrast, has zero combat helicopters, zero fixed-wing aircraft, zero heavy artillery, zero heavy tanks. Without U.S. forces in there, if Iran were to make a move against Iraq again ... it would be devastating."

Ret. Gen. Jack Keane: Keane was quoted in The Washington Times calling the decision an "absolute disaster." He explained on the show that "the Bush administration stabilized and provided a relatively secure environment ... as the Obama administration was coming into office ... There was a wink and a nod between all the Iraqi national leaders, to include parliamentary members, and certainly U.S. officials, to include our military officials, that once the [U.S.] election was over with, the Iraqis would be prepared to renegotiate the Status of Forces agreement, which would permit then our forces to stay somewhat indefinitely."

Keane said influence, not security, was the goal. "We wanted to continue to strengthen Iraq's democracy ... to continue to grow and develop the Iraqi security forces," he said. And another concern was the influence of the Iranians. "When we have stayed post-conflict in the past, in our history — Germany, Japan, Korea to name some — it is a stabilizing influence. ... When we have moved out rapidly — Vietnam, Somalia, Haiti — things have a tendency to fall apart. We knew that, the military commanders knew that, and the Obama administration rejected Gen. [Lloyd J.] Austin's ... proposal to maintain a reasonable force that would be able to accomplish the goals I just stated."

Bob Woodward, associate editor, The Washington Post: "The level of distress within the military couldn't be higher at this decision. I've even heard talk about some senior people in the military discussing resigning over this." The alternative to the withdrawal, Woodward said, is to try to persuade the Iraqi government to let some troops stay, to make "absolutely the maximum effort to have [that] insurance policy" in the Middle East. (Keane said in his opinion in would have been possible, though difficult, to get the Iraqi government to agree to give U.S. troops the legal immunity that U.S. officials said they would need.)

Brian Katulis, senior fellow, Center for American Progress (which says it develops "progressive ideas and action"): "This president came into office saying that we needed to re-balance our overall national security priorities and that we are over-invested in Iraq. ... What he is doing is implementing a security agreement that was signed in 2008 by the Bush administration and the Maliki government. Yes, there was an attempt to renegotiate it, and I actually think there [are] still attempts ongoing to figure out what the actual U.S. footprint will be, because there will be a sizable footprint, and I think there will be a lot of creative fictions related to it. But on balance I think he's taken the right decision here as commander-in-chief to try to set our priorities straight."

He thinks Iranian influence grew from 2003-2008, and Iraqi nationalism has countered it since then. "Iran today is more isolated — not only regionally, but also internationally — and it's weak. I don't think it has as much credibility among the Iraqi people."

Peter Van Buren, a Foreign Service officer who recently lost his security clearance and diplomatic passport in part because of critical things he wrote in a book about the U.S. effort in Iraq — We Meant Well:

Van Buren says the Iranians have a tremendous influence in Iraq, but aren't a military threat. "The Iranians are not going to attack Iraq with tanks and grenades. They don't need to. They've already successfully shown that they can influence events there. The prize of the oil is in the Southern part of Iraq, and the Iranians are a steady influence there."

"The decision [to withdraw] was made in Baghdad," he said, not by President Obama. And he doesn't believe a small force staying behind would make any difference. "The issues that we uncorked in 2003 — the Sunni/Shia, the Arab/Kurd, and in particular, the rise of Iran's power in Iraq — were not stopped by 100,000 soldiers during the surge, and they haven't been whittled back by 40,000 soldiers during the last two years." As the U.S. has stepped back from internal politics in Iraq, "the Iranians have filled that void very comfortably, and will continue to do so. This is not a battle that is going to be won by shooting anyway. The Iranians are winning it through economic means, through religious tourism, and particularly through working with the oil producers."